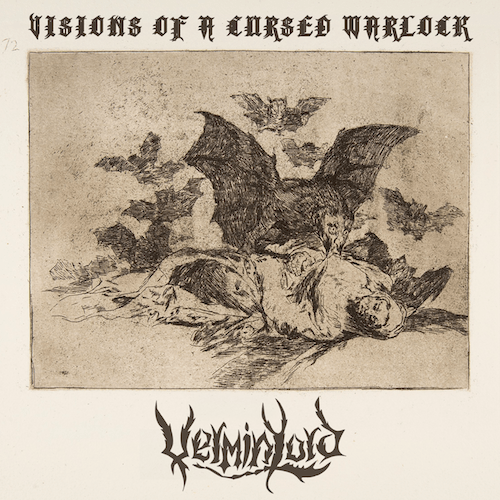 This marks the third time I’ve written abut the music of Seattle’s Vermin Lord. The first time was a review of the project’s excellent 2016 album Anguish, and then I praised a new single that was released in January of this year, and now I’m happily premiering a new two-song EP: Visions Of A Cursed Warlock. 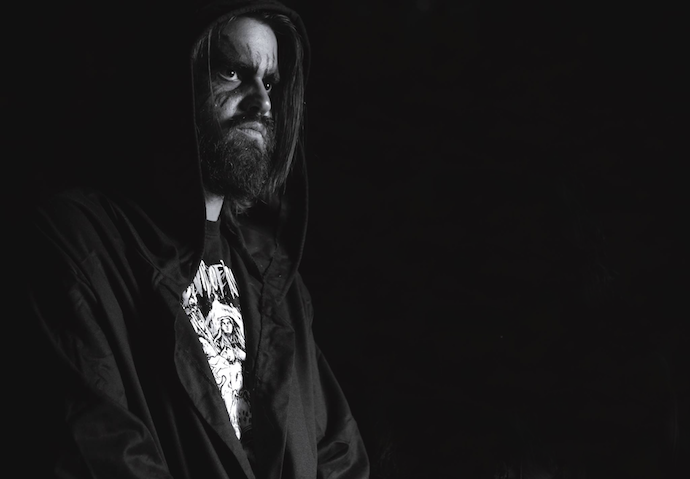 “Visions Of A Cursed Warlock is a grim tale about an Inquisitor who falls in love with a Sorceress. After several interrogations he learns the error of his hypocritical religion and way of life. Upon swearing an oath to her, the Inquisitor is consumed by a swarm of bats. After being reborn as a Warlock he returns with a horde of undead oxen to smite the holy city he once swore to protect.”

As Vermin Lord also explains, this new release “is also a sonic exploration of melodic vocals and guitar work.” “I think this has the most clean singing of any Vermin Lord release. Prior to this I mainly focused on pungent growling with some dark hymns sprinkled on top. I feel I found a good balance to help build a stronger dynamic through each track.”

As was true of the previous Vermin Lord releases I’ve written about, these two new songs are genre-benders that I’m tempted to characterize as a hybrid of depressive black metal and gothic doom. As Vermin Lord explained above, there’s quite a lot of clean singing in both songs (and layered vocal harmonies), in tandem with unnerving harsh vocals that sound like the product of strangulation with barbed wire.

Both songs also move from slow, haunting, pensive passages in which the guitar melodies chime and echo and surges of abrasive power driven by deep, head-hammering bass rhythms, propulsive drum thunder, and fiery guitar vibrations. As has been true of all the Vermin Lord songs with which I’ve become acquainted, the melodies get stuck in the head very easily.

I also asked the man behind Vermin Lord what else 2017 might bring us from his project. He answered: “Later this year, there will be several more Vermin Lord releases including a full-length album, a few splits, and another EP.” The cauldron of creativity obviously continues to boil and bubble.

Visions Of A Cursed Warlock is available now as a name-your-own-price download at Bandcamp: