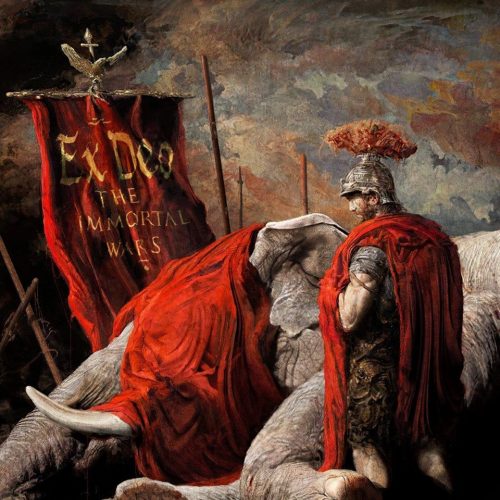 One of the common narratives for a band returning from hiatus is the “boy, has it been a long wait for a new disc” lead-off, and 90% of the time these are generally correct. Usually a group returns to fans desperate for new material and the wait, after a while, no longer feels like an eternity and quickly becomes just another fun fact. Any long wait tends to do that.

This is not the case with Kataklysm mainman Maurizio Iacono’s Roman-themed symphonic death metal side project Ex Deo. In fact, Ex Deo enjoyed one of the shortest formal hiatuses (hiati? hiatus’?) I’ve heard of, with the project being put on hold in early 2014, two years after the release of the album Caligvla, and then being reactivated in late 2015 to work on the album that would eventually become their new disc, this year’s The Immortal Wars.

I generally enjoyed Caligvla, so I was one of those who was initially bummed out by the hibernation of this Kataklysm-save-for-one person project, and then just as immediately excited by the prospect of a new disc. Granted, when you look at it on paper, there is a five-year gap between albums. 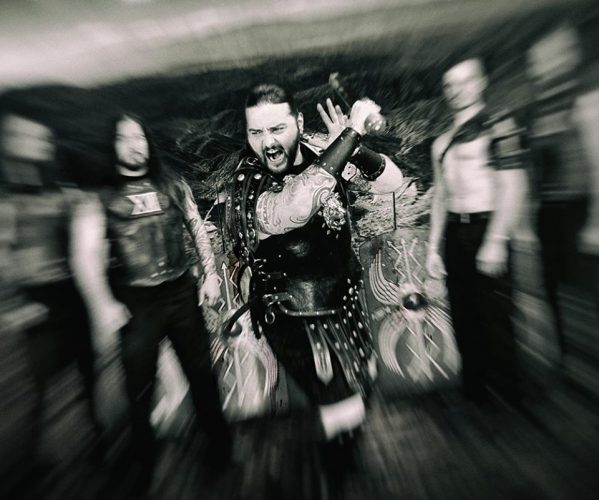 Ex Deo are somewhat hard to describe. At face value, the band are a mid-paced death metal group, taking joy in stomping around with the sort of subtlety the masses of a Roman legion would provide, but at the same time they’ve always had a somewhat underrated symphonic element, adding to the overall bombast of Ex Deo’s sound.

At times, the group would even come off as a Roman-themed symphonic melo-death group, one that could take a thick double-bass drumming section and build a whole song around it, never change the tempo, and still make five minutes feel like no time at all.

All this made the prospect of The Immortal Wars exciting. Ex Deo take their history grimly seriously, and this time introduce figures like the Carthaginian Hannibal into the mix, who would prove to be one of Rome’s greatest opponents. Ex Deo have covered topics that have had Rome in turmoil before, and they base The Immortal Wars on a multitude of battles and sieges. Despite their brief hiatus, the band  demonstrate over thirty-eight minutes that they have lost none of their musical martial might in the passing time.

Whilst I have fun with the shortness of the Ex Deo hiatus, if I had come up with the guitar lead that pops up in “The Rise Of Hannibal”, I too would have been in a quick rush to get the band back together and work on a new disc.

At its heart, and like its predecessors, The Immortal Wars is a concept album — with the requisite amount of historical fanaticism sprinkled into each song. One of the facts that has made Ex Deo a fun project throughout the years of its existence is that the Ex Deo crew will actually pen songs after specific battles and events that have taken place. This means that every disc so far has had literal battle themes within it, not just in the existential sense that it would be good to ride a horse into battle with the song in your head.

The Immortal Wars, especially, has a few of these, and this time the group have used the song titles to highlight what fight is being addressed within the song, which they then use as a foundation in crafting the rest of the album’s concept. And like its predecessors, The Immortal Wars also has its fair share of proclamations being given throughout the album, which means if you’re fond of the sort of cheese that comes along with historical role-play, like people constantly yelling “ON THIS DAY….” and so on, then The Immortal Wars remains a special sort of fun.

Of course, the clash of metal and history usually provides fun moments as well, like the beginning of the song “Cato Major: Carthago Delenda Est”. The opening of the track has a proclamation of being summoned to speak before the Senate — which, when paired with percussive choir stings and a series of blast beats behind it, kind of makes you wish you could have some heavy guitars, epic choirs, and blastbeats follow you around whenever you enter a room. It would certainly make arriving to work a lot more exciting than the usual slumped-shoulders, shambling corpse-walk with which one might usually approach one’s place of employment. 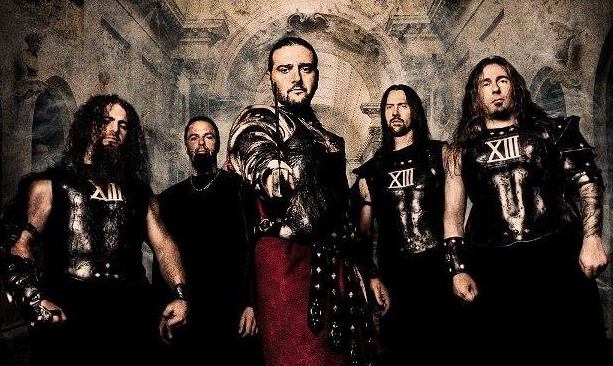 The Immortal Wars does differ from its siblings in one aspect, though: It’s a shorter disc than the two that came before it. Coming in at a very lean eight songs — one of which is an instrumental interlude — Immortal Wars wastes no time in telling its story, and that philosophy carries over to the pace with which Ex Deo conduct their musical activities. The Immortal Wars is probably the most theatrical of the Ex Deo releases so far, but it also moves by in the blink of an eye; the thirty-eight-minute run time feels like no time at all because the songs just move, with the one interlude bit flashing by just as quickly.

That makes the story being told feel more concise and focused, but it also makes the battles, the warfare, and the vengeance being wrought feel rapid-fire and surgical. In fact, opener The Rise Of Hannibal” is probably the most mid-tempo song on The Immortal Wars and it is carried by a solid stomping drum rhythm and the previously mentioned glorious guitar lead, which the band wisely use multiple times throughout the course of the song.

Ending the album on a song called “The Roman” is a bit amusing, given that it is the animating concept of Ex Deo’s existence, but in this case “The Roman” serves as an excellent cap to the story being relayed and also a demonstration of just how much mileage Ex Deo get out of the backing symphonics this time around.

Previous Ex Deo discs were more than happy to do the same thing, but they were also happy to occasionally dip into the realm of a meaty mid-tempo Bolt Thrower war riff and ride that thing into oblivion. The Immortal Wars has Ex Deo feeling more entwined with their orchestral strings, making this album more like the full backing score to their story than they have before. However, Ex Deo do stick more toward the bombastic side — which allows for the band to maintain that previously mentioned pretty hefty sense of speed. Even the slower tracks are like lightning flashes at times, and given the slimmer collection of songs present, you can dive into The Immortal Wars over and over again.

It helps a ton that, overall, The Immortal Wars is a fantastic album. The underdog story of a band who almost hung it up and then came back stronger than ever is a bit cliched, but damned if it doesn’t play out note-for-note with Ex Deo. Previous albums were good to occasionally dive into, and between the two of them there is a strong collection of songs to headbang to. But Ex Deo are one of those bands who have gotten better with every disc, and the more concise run time and more targeted, more focused writing really makes The Immortal Wars stand out amongst their three albums.

Every song on this disc is its own mini-epic, and the album as a whole serves as an awesome block of music. You can’t help but get wrapped up in the multiple battles taking place, and even if you know nothing about the lyrical subject matter, Ex Deo manage to crank out some speedy and dynamic tracks, backed by the kind of orchestral pyrotechnics that make the music feel as large as the stories being represented.

Yes, it’s a little dorky to be jamming an album that is part historical role-play and part symphonic death, but metal is the sort of genre that loans itself to that sort of over-the-top ridiculousness, and it is much more fun to just embrace it in full. A trip with Ex Deo and The Immortal Wars is worth casting aside any questions and just diving in, head on. A little over a half hour later and you’ll be ready to go again.