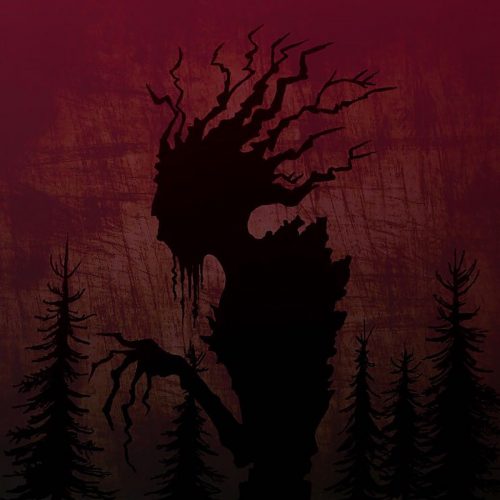 This premiere came about as all of them do: We were asked to help introduce a piece of music to the public. I listened to it first before answering the request, to decide whether I could in good conscience recommend it to our readers. I was already pretty sure the answer wold be yes before even reaching the 1:00 mark. By the time I had reached the end, I was scrambling to answer “Yes!” as fast as I could. It’s an emotionally powerful, intensely memorable song, the kind of song that has called me back to it many times since the first listen, and has put my heart in my throat each time.

The song is a single by the Finnish band Hukutus named “Metsä ja yö“, which the band tell us means “The Forest and the Night“. Like the song’s title, the lyrics are in Finnish. Here’s the rest of what the band have explained about the song: 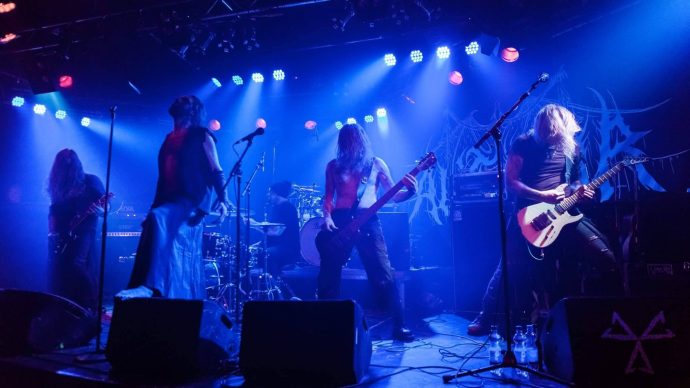 “Emotionally, this songs steps into black metal territory, but in ethereal and mid-paced ways. We pursued to capture a feeling of sacredness.

“The title translates to ‘The Forest and the Night’ and the concept is rather straightforward — on one hand, the song is an ode to our heritage and on the other, it describes a force that is older than our world, from a time before any light was created. Outside laws of nature and beyond all restrictions. And it guides our path through this existence.”

There is indeed a mystical quality about the music, as well as that emotional intensity I referred to. You’ll hear that in this song the band do incorporate familiar elements from black metal, but it’s not strictly or solely a black metal song. In its hybridization of different genre styles and in its transmittal of dark emotional power through music, it reminds me of the wonderful Harakiri For the Sky (though I’m not claiming the bands are musical clones of each other).

The strange vibrating and skittering guitar notes and electronic tones that open the song (and end it) are strange and interesting, and the intensity builds from there. When the heavy chords come in, the music becomes gloomy and unnerving. And by the one-minute mark, the melody unfolds in a way that’s gripping. The song’s main riff is heavy, crushing, and despondent in its feeling, but there’s a soaring, chiming quality to the guitar lead. The high, scarred, wrenching vocals bring out the agony lurking within the music, a feeling enhanced as the music builds in power.

The song’s heaviness becomes spine-shaking through the methodical pounding of drums, the crash of cymbals, and the transmutation of the vocals into hollow roars and eventually agonized howls — and the intensity reaches a new level as the drums surge into a hammering rhythm and the trilling of the lead guitar becomes even more searing.

Yes, I’m very enthusiastic about the song, and hope you’ll enjoy it as much as I have.

The cover art for the single is by Li Virtanen. I’m not sure if or how the song will become available for acquisition, but will add that info if I get it. Follow Hukutus via these links: