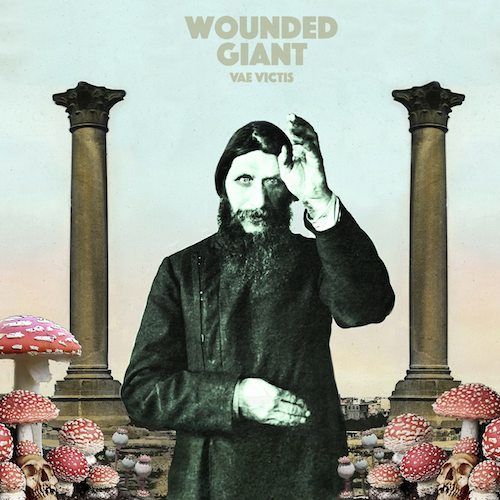 After releasing a demo and a debut album named Lightning Medicine in 2013 and a split LP with Goya in 2015, Seattle-based Wounded Giant have a new album headed our way via STB Records on April 1. The album’s name is Vae Victis, and that’s also the name of the song from the album we’re about to hit you with.

And make no mistake, it will hit you — hard. It simulates the experience of being beaten with a length of lumber at the same time as a psychoactive potion penetrates the blood-brain barrier and someone carves a message into your forearm with a razor blade. 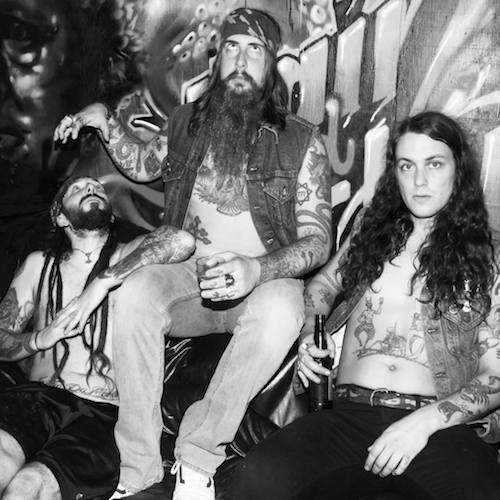 There’s a great fuzzy tone to the heavyweight riffs, and a contrasting sound in the snare that jumps out like the crack of gunshots. The gripping intro introduces both sounds, along with a hammering drum rhythm and battering chords. When the thick, ropey, rocking riff kicks in, the lead guitar begins to slither, and the vocalist begins to wail, it’s a real adrenaline rush. And when the music begins to rumble ahead like the sound of a battle tank and eventually slows into a leviathan stomp, the song becomes relentlessly crushing, too.

As infectious as the track is, “Vae Victis” is also an intense experience. Tension and violence are in the air, as well as an unsettling edge of derangement that becomes pronounced when the vocalist elevates his voice into cauterizing shrieks. And before you get to the final couple of minutes, you’d better loosen up your neck muscles, because headbanging becomes mandatory (there’s also a very cool guitar solo makes a strong finish even stronger).

Billy Anderson produced this “psychotropic concoction of sludgy doom, furious power and horror-movie noise rock” (not my words, but they’re accurate). STB is releasing a variety of vinyl editions that please the eyes as well as the ears:

Not So Standard Edition:
Limited to 250 units on 180-gram red and white swirl vinyl. Comes in a full-color matte-finished gatefold jacket with flood UV effects.

The album will be available for purchase on April 1 (no fooling) via the STB store at this location: