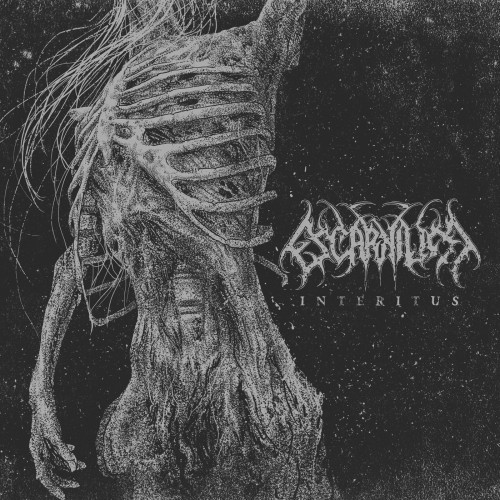 Last fall we had the pleasure of premiering Interitus, the new album by the Brazilian band Escarnium, in advance of its joint release by Redefining Darkness Records in North America and Testimony Records in Europe. And now both labels are bringing out a limited vinyl edition of the record. To pave the way for that, we’re helping premiere a new lyric video for a song off the album named “While the Furnace Burns“. 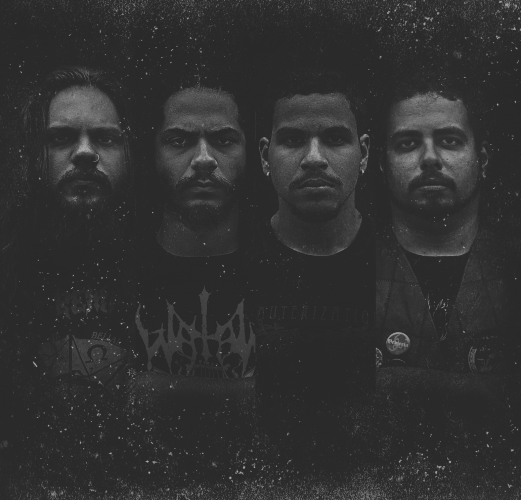 A chilling, unearthly ambience shrouds this album like a dense, poisonous fog. The fog lifts — or at least begins to swirl in a cyclonic fury — when Escarnium are operating at full speed, with explosive bursts of double-bass and blasting percussion and a raging furnace of grinding, vibrating riffs, deep bass thrumming, and heartless roaring vocals. These fierce onslaughts are cold and grimly destructive, sometimes vaulting into thrashing gallops and sometimes bludgeoning the listener with hammering grooves.

When the band slow the pace (as they do often), the melodies often assume a frighteningly majestic air, laced with high, searing guitar solos that reverberate with alien menace. They are just as likely to bring down a thick, oppressive mantle of funereal gloom before launching another rampage of implacable savagery.

“While the Furnace Burns” encapsulates all of these elements, and makes for a fine introduction to the album for those who haven’t yet discovered it. 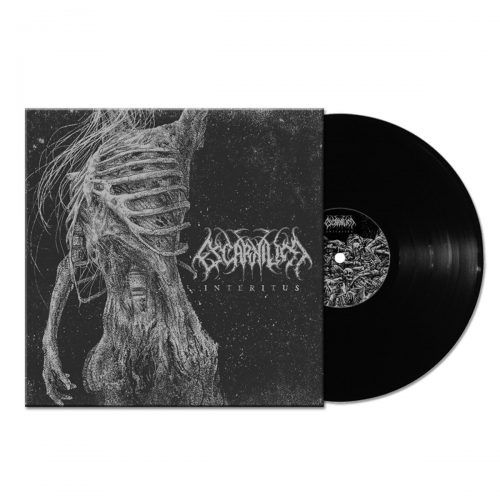 The vinyl edition will be limited to 300 copies worldwide and includes a printed inner sleeve. Testimony Records will release the vinyl in Europe on April 4th, and it will be available from Redefining Darkness in North America soon after that (as soon as the shipments arrive from Europe). To order, go here: