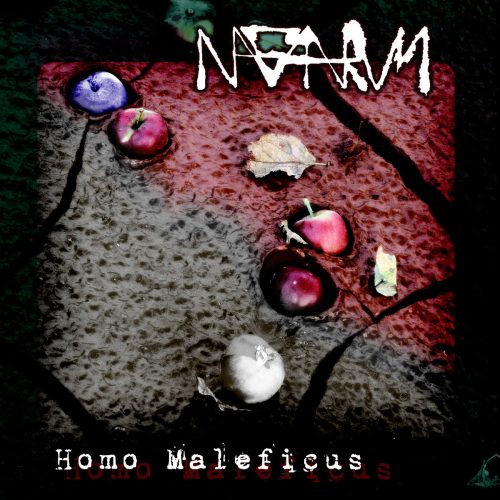 Clear your head. Don’t attempt to focus on other activities for about 7 minutes. Do some exercises to get your neck loose. When the time comes to listen, close your eyes.

These are a few words of advice from your friends here at NCS about how to prepare for the song we’re premiering in this post. The track is called “A befalazott” and it comes from Homo Maleficus, the new album by the one-man Hungarian band Nagaarum. The album will be released on May 3 by GrimmDistribution (Belarus) and NGC Productions (Hungary).

Nagaarum has been a prolific creator — this is his 14th album since 2011 — but the music has changed over time, moving from mostly ambient, electronic music to the hard-to-describe intersection of styles reflected on this new song. The shorthand description Nagaarum now uses is “Hungarian eclectic dark music”, which is accurate but not precise. 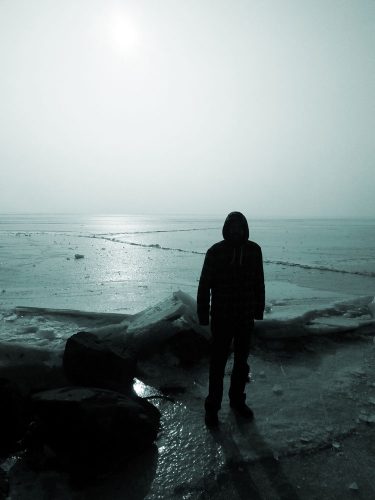 It’s possible to listen to the song and later tick off stylistic elements you might have noticed as you listened — post-metal, black metal, doom, ambient, and others. But making a mental checklist of this kind isn’t necessary, as interesting as the exercise might be, nor would it succeed in capturing the way in which Nagaarum has used these ingredients in the composition and performance of “A befalazott”.

Yes, it is eclectic and it is dark. It builds tension with pulsing tones, a febrile shimmering sound that rises and falls, and ominous bass notes. A compulsive drum rhythm enters the picture, one that will get your head nodding as the music continues to surf on astral planes — and dark, heavy riffs deepen the rhythmic push. When the jagged, strangled vocals and shrieks appear, they give the rough sheen of black metal to the experience.

The tension eases (but doesn’t completely disappear) as the song seamlessly morphs into a more expansive and entrancing melodic flow (though the sense of gliding on an unsettling cosmic journey persists). Through it all, the drum rhythm maintains its grip on your pulse, and your neck. This may not be a headbanger of a track, but it’s definitely a head-mover. The music won’t make you feel comfortable, but it’s mesmerizing nevertheless.

The album’s artwork consists of photographs by Nagaarum taken in the Hungarian village Kolontár in October 2010 after an industrial accident at an alumina plant released 35 million cubic feet of toxic red mud, flooding nearby communities.

Below we’ve included not only the song we’re premiering for you but also two previously released tracks — a video for “Vassal nevelt” and “Az elvhű“. For information about how to acquire Homo Maleficus, go here: