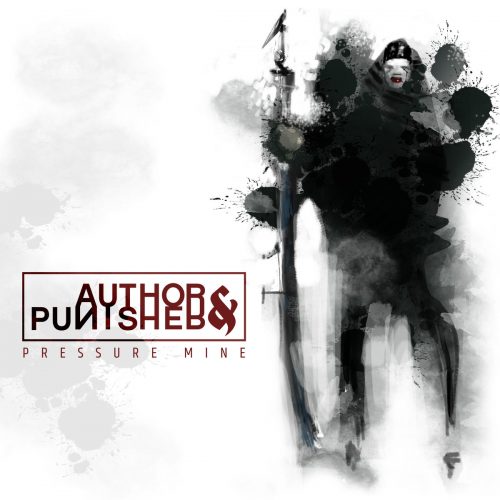 Half the fun of reviewing the handful of Author & Punisher releases that I’ve been able to cover the years has been in finding descriptors for the music. It is a project that lends itself to creative prose, in part because the Author & Punisher project doesn’t use traditional instrumentation; the artist himself constructs the instruments and plays them solely by himself, so the usual go-to’s are immediately flung into traffic to become someone’s new hood ornament. Describing the slow, percussive, atmospheric, drone and doom that Author & Punisher has made its bread and butter has been fun, but two of the words that never would’ve come to mind are “detached” and “dispassionate”.

Author & Punisher albums have differed immensely from each other over the years, with a collective of various influences each worming their way into the recordings of project mainman Tristan Shone drowning within his machinery that we’ve taken to calling music. Up until Author & Punisher’s previous release Melk En Honing, the music felt partially like an exorcism, a form of expression for someone who was burying himself in layers of percussive machinery, occasionally screaming at the top of his lungs and engaging in the occasional minor Godflesh worship. Women & Children, especially, had a lot of fun with being as fierce as the song within it that bore the same name, albeit at a very slow pace. Melk En Honing had some roots in a blues-and-sludge twist on the regular formula, and also included some of the heaviest moments that Author & Punisher has created to date — including the blinding violence of the opening few minutes of “Callous And Hoof”. 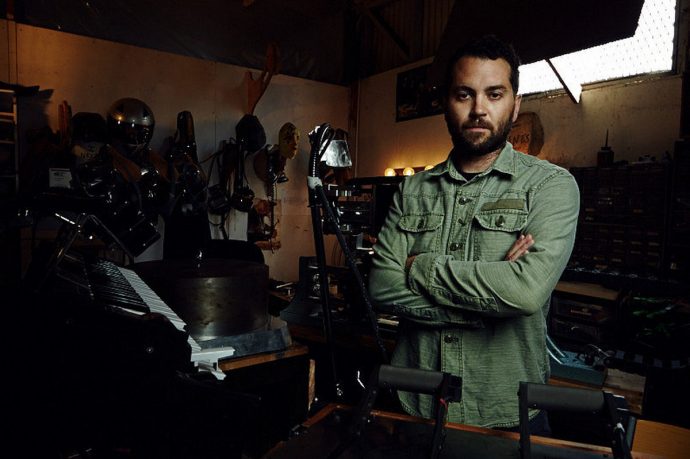 The last words uttered on Author & Punisher’s previous release — something I noted in my review at the time as well — are the words that make up the title of that album’s last song, with no instrumentation behind it, the words “Void, Null, Alive”. It’s something that has stuck with me, as it spoke to a frustrated and aimless existence, a life without meaning or purpose, and it is a motif that continues onto the new EP Pressure Mine.

The delivery this time around is different. As you’ll note from the get-go, Pressure Mine moves quicker and Tristan‘s vocal delivery is stark compared to the previous yelling and occasional singing that made up previous albums. It’s where the dispassionate and detached descriptors come in, because the vocals sound like whatever protagonist was created for each song is just so incredibly “lost” amongst the layers of sound being created by the new machinery that it becomes an almost different form of drowning.

Instead of lashing out or trying to be seen, it’s an almost detached acceptance of the surrounding events. It drifts in the aether. Less rage and overall bombastic thrumming, instead focusing more on a haunting and constant creep of overall sound. The vocal work doesn’t even really take on a harsh edge until about halfway through Pressure Mine. It’s an interesting approach, one sure to throw constant Author & Punisher listeners for a loop, but the albums have always shown themselves to be showpieces of new machinery and styles on top of just being new music… and, to be fair, one can only rage with the usage of machines for so long.

Pressure Mine, however, lives up to its title in an odd sense. It has a dreamlike quality as it meanders from one thrumming note and haunting synth line to another — with the vocals tentatively hovering above it all one moment and submerged in it the next — but as the music moves it applies a constant pressure on the listener. The songs seem to slowly ratchet up in intensity without ever reaching the sought-after catharsis. They constantly wrench on the listener over and over again before ending, drifting off just as they started. You feel spent by the time you’re done. It is an EP designed to worm its way into your skull, rather than hammer you into submission.

Punisher Mine still has the hallmarks of the droning and industrial side, and the fact that some of the songs are fairly up-tempo by Author & Punisher standards make the new machines in play very interesting. But it is a different form of the sort of pent-up emotion in which Author & Punisher dwells. The subject matter is familiar, but the approach is less intense and far more foreboding. It is constantly twisting the screws on the listener’s head tighter and tighter, but you are never released from it. The end happens, and the ensuing disorientation is purposeful. The headphone experience alone on this one is worth it.

It’s not the heaviest Author & Punisher release (by far), but it is however one of most unnerving ones. It will be fun to see where this project adventures from here.