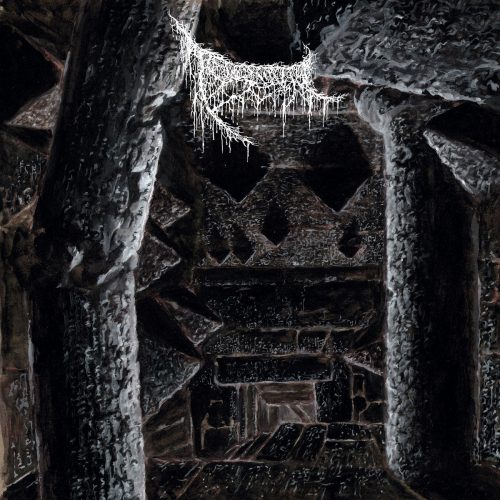 Well, as you can see, I actually did find time to follow up yesterday’s round-up with a second one within 24 hours, even though I was loathe to make any predictions about that. As usual, there is metallic variety within this post, but it’s also fair to say that none of it is for the faint of heart.

Spiritual Bloodshed is the vile new second album by Triumvir Foul from Portland, Oregon, who have now condensed their form back to the band’s original two-person line-up (both members have also been participants in such other projects as Ash Borer and Urzeit). The album will be released by Invictus Productions on June 9. It embellishes a discography that previously consisted of the band’s 2014 demo, An Oath of Blood and Fire, and their self-titled debut album from 2015.

The press materials we received tell us that “Spiritual Bloodshed delves into the perverse evolution of unhinged hedonism and carnal irreverence through the exploration of carnage in the spectral realm”. That sounds enticing, doesn’t it?

The first advance track from the album, released today, is “Serpentine Seed“, and I don’t think the title refers to the kind of seed from which flowers and vegetables are born. It hammers and gallops, smashes and crushes, gags and spews vitriol, and generally manifests a form of violent and orgiastic death metal delirium and chaos, heavily begrimed with distortion and slimed with bodily fluids. It gets the blood rushing quite effectively.

(Thanks to Conor for alerting me to this song.) 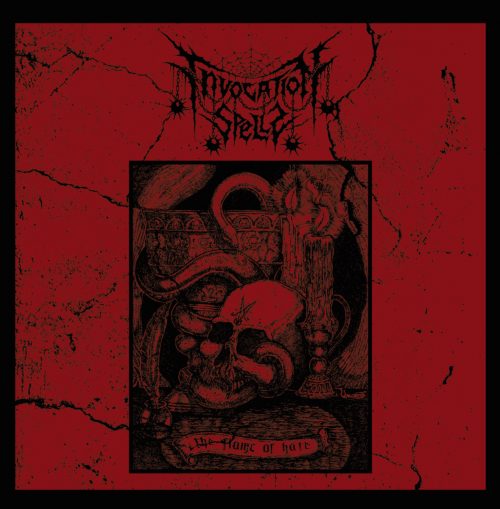 If that first track wasn’t nasty enough for you, try this next one on for size. It’s a track called “Darkness Prevails” from The Flame of Hate, which is the new album by the Chilean black/thrash band Invocation Spells, set for release by Hells Headbangers on July 7. This is the band’s third album, after Unholy Blasphemies (2014) and Descendent the Black Throne (2015).

“Darkness Prevails” is highly addictive and highly explosive, alternately whipping like an acid storm, jabbing like a turbocharged piston machine, and writhing like vipers who’ve lost their minds. The vocals are utterly maniacal and feral enough to gnaw your ears to tatters. Enjoy this furious dose of adrenaline below. 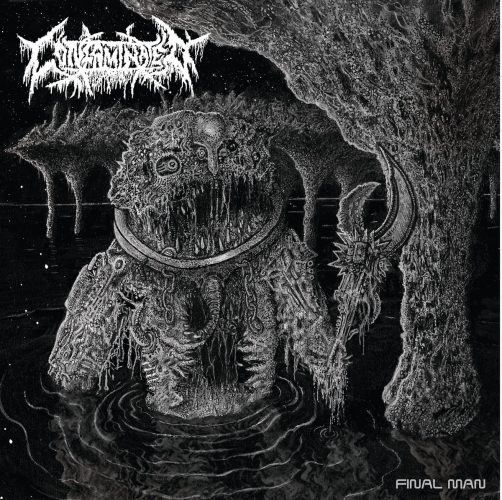 Final Man is the name of the debut album by the Australian death metal band Contaminated, which began as the solo project of Lachy and has now grown to a full band with members drawn to the fold from other groups. Final Man was preceded by two demos, and it will be released on June 9th in Europe and July 7th in NorthAm by Sweden’s Blood Harvest Records.

In the last gasping days of 2016 I wrote about the first advance track from the album, a goddamn brutal beating called “Squalid Survival“, which groans and stomps like a leviathan and explodes in crazed berserker frenzies, combining the deep grinding guitar tone of old school Swedish death metal with horrific, hoarse roars, swarming pestilential leads, and a drum performance that will pop your eyes wide open.

Now I’ve discovered that a second track has become available in case the first one didn’t make you feel sufficiently assaulted and violated. The new one is “Boneless Mass“, which is a fair description of what you will become after listening to it. To repeat what I wrote about the first track, if you’ve been yearning to sink deep into a sewer of festering filth while your skeletal structure is bashed into fragments, your wish will be granted. If you just want to headbang, well this will help you with that, too. 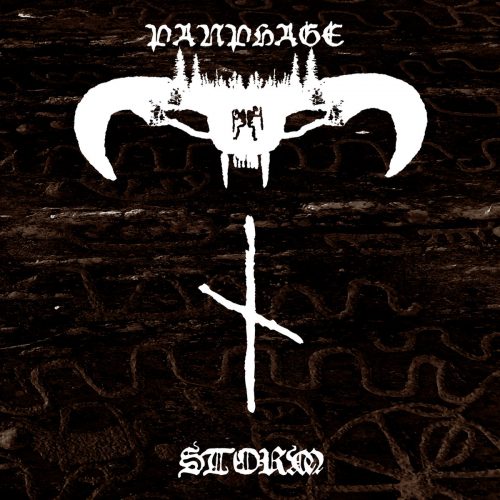 These SEEN AND HEARD posts are usually devoted to brand new music, but not always. Sometimes it’s simply newly discovered by me, which is the case with these next two songs.

Drengskapr is the most recent release of the Swedish one-man black metal band Panphage. It appeared last fall and made the year-end lists published at our site by both Semjaza of Thy Darkened Shade and Austin Lunn of Panopticon. Semjaza described it thusly:

“A great album with a ’90s menacing aura that reminds me of the early works of the great Arckanum. Drengskapr possesses the antediluvian atmosphere that I always admire in black metal releases. True spirit and possessed performance, a must black metal release from 2016. Only addictive songs and riffing rapture here, for me it truly has the worth of a classic black metal album.”

And Austin explained his choice with these words: “This record reminds me a lot of earlier Arckanum but with some more piss and vinegar mixed in. I love the production on it, raw but balanced.”

I mention Drengskapr now, but only as a way of peaking your interest in the next two Panphage song streams — neither of which is from that album. “Konungr+Lopt” comes from a 2016 Panphage cassette split release with Þul (Thul) entitled Ginnheilagr, and “Hemmavid” is from the 2015 debut album of Panphage (Storm), which was also originally released on cassette. Both of these works will be reissued on May 19 by Nordvis Produktion on CD and digital.

“Hemmavid” is an irresistible carbon-black rocker, its massively infectious riffs paired with grand keyboard flurries and savage lycanthropic howls and snarling proclamations. “Konungr+Lopt” is more disturbing and disorienting at first, more grim and poisonous, but also more mystical — and it surges into the stratosphere on the rushing flame of a scintillating guitar melody. Both songs have gotten me in their grip very fast. 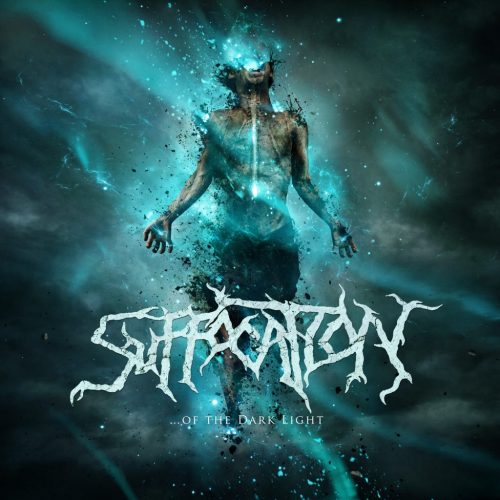 Yesterday I ended the last one of these round-ups with cover art and release details from a prominent, long-running metal band (Dying Fetus) and I’m doing that again here.

What you’re looking at above is the cover art for a new album by Suffocation. The name of the album is …Of the Dark Light and it’s now set for release on June 9 of this year by Nuclear Blast. Pre-orders will become available on May 12, and presumably we’ll get to hear some music by then.

As a reminder of past glories, which may or may not be re-lived on the new record, enjoy “Funeral Inception” from the 1998 Despise the Sun EP below.