This makes the third time I’ve emblazoned our site with that wonderful piece of artwork by Elijah Gwhedhú Tamu at the top of this post, but the first time I’ve been able to share any music from the album it adorns. I’ve been eager to find out what kind of music would be wrapped within this imagery, and now I know that it’s as interesting and as attention-grabbing as the visual art.

The album’s name is Anointing, and it was created by Lo-Ruhamah, whose members seem to be divided between Kansas City, Missouri, and Estonia (according to Metal-Archives). I, Voidhanger, which will release the album on May 19th, has described it as “a dance of religious ecstasy and hellish pain”, a perfecting of “a musical language that plunges into avant-garde and esoteric black metal, as well as into a frantic and gasping death metal”. The first advance track, “The Corridor“, merits that description.

Jangling notes lead to throaty roars and a pulsing bass line, mercurial guitar manifestations and changing tempos, crazed yells and dreamlike hallucinations, pummeling and pestilence and, yes, something like ecstasy. Fascinating (and freakish)…. 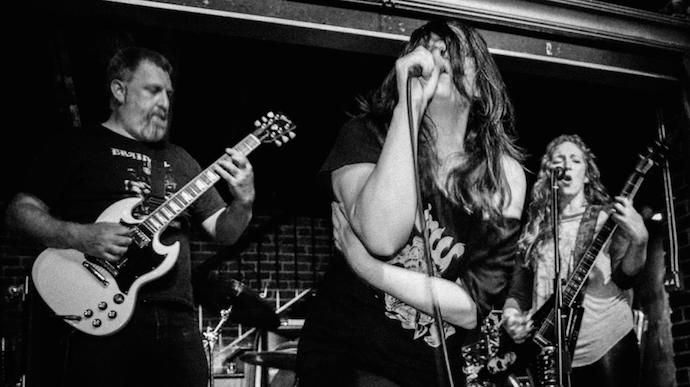 According to the feature at Noisey, Ails is in the process of mastering their full-length debut (for which they’re currently seeking label support). 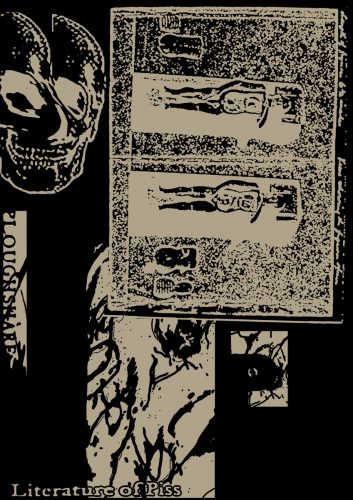 I discovered this next EP via some enthusiastic words by the man behind Convulsing that I saw on Facebook. As a fan of Convulsing, I followed that recommendation, and now feel similarly enthusiastic about the music.

All I know about Ploughshare is that the project is based in Canberra, Australia. I don’t know if it’s one person or more than one. The name of the EP is Literature of Piss, and it was released on March 26 (digitally and on cassette) via Bandcamp.

Of the four tracks, three are in the two-to-five-minute range and the fourth is a whopping 17+ minutes. It’s a varied experience, but a thoroughly harrowing one — violent, oppressive, and mind-bending.

The first track, which is the shortest, is a fierce and furious dose of dissonant black metal, while the second one varies the tempo, alternately stately, frenzied, and loping in its gait. It includes equally mercurial guitar work, with melodies (over a gravelly low end) that are alien, delirious, and blazingly triumphant.

That very long third track, as you might expect, is a musical journey, an unsettling one that begins in slow, mesmerizing, beautiful fashion, but soon becomes wretched and wrenching, in the vein of crawling, clawing, doomy sludge. Even as the drum propulsion accelerates and a haze of abrasive chords and swirling, discordant leads begin to envelope your head, the atmosphere remains desolate — though increasingly deranged. Ploughshare repeatedly ratchets the tension, and releases it… first into a dark, drifting pool of quiet despair, and later into a yawning abyss of pestilence, death, and decay.

This gripping EP comes to a close with a surge of dark, sinister energy, the final track returning to the hammering and threshing and unsettling dissonance of the opening track, but then segueing into an ominous concluding passage of hellish imperiousness. 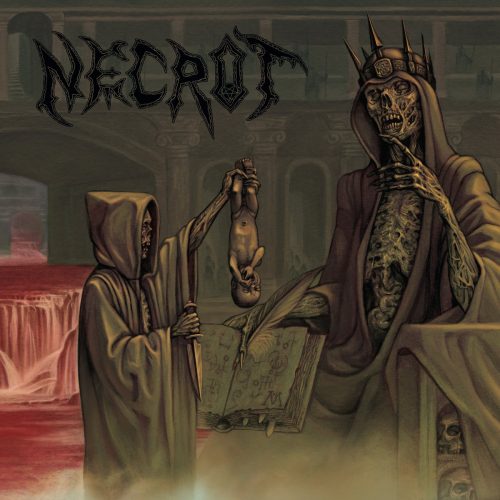 The first single is “Empty Hands”, and if ghoulishly morbid, skull-crushing death metal is your meat and potatoes, you’ll leave the song pleasantly stuffed. It stomps and seethes, romps like a brutish punk and rampages like a giant meat-grinder come to life. It gets the blood rushing and the head moving. The guitar solo is also a thing of paranormal beauty. 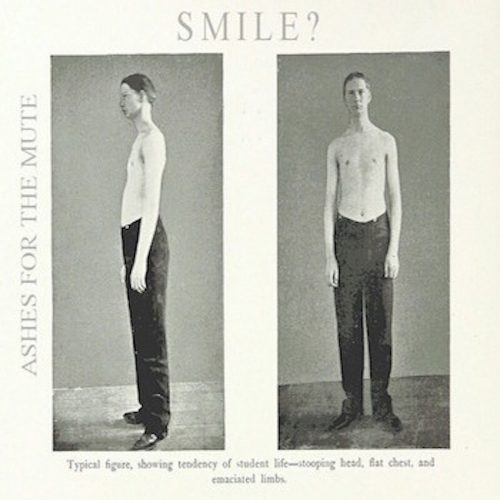 ASHES FOR THE MUTE

Unfortunately, I don’t have time to check out the music of every band who writes us, much less time time to write about the ones I do check out. It becomes a very random process, but this EP is one I did pause in my scurrying to give a quick test… and wound up staying with it to the end.

Smile? appears to be the debut release by this two-person group from Athens, Georgia (guitarist/bassist/vocalist Jacob St. Amand and drummer Blake Kole), whose name is Ashes For the Mute. It appeared on Bandcamp in late March. The band claim inspiration from early Katatonia (and especially Brave Murder Day).

There’s a somewhat murky, lo-fi quality to the production, which I ultimately decided was suitable, and a contributing factor to the growing sense of dark otherworldliness generated by the EP. The music is memorable, the bereaved but beguiling melodies striking chords that continue to vibrate after the songs are over. The harsh vocals convincingly portray soul-wrecking agony, and the infrequent clean vocals provide an effective contrast. The middle track is a haunting yet entrancing instrumental that deepens the depressive spell the EP casts as it moves along.

Ashes For the Mute:
https://www.facebook.com/ashesforthemute/ 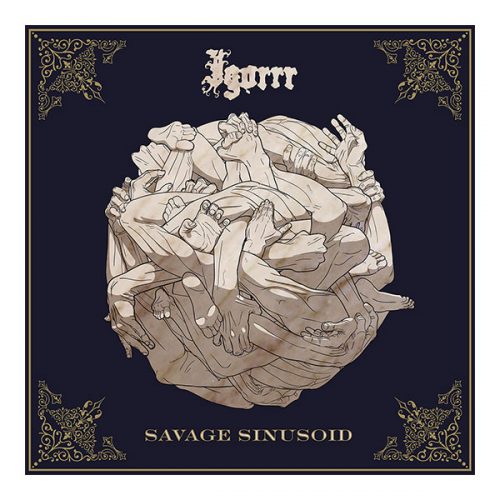 Metal Blade’s extensive biography for Igorrr begins this way, with a reference to the new Igorrr album Savage Sinusoid: “How do you even begin to describe Savage Sinusoid? Anyone familiar with the previous works of Igorrr — the brainchild of Gautier Serre — will know that to even try is impossible, while those newly introduced will find that a smorgasbord of adjectives cannot adequately convey the invention, verve, passion, playfulness and genre-smashing glee he effuses at every turn”.

The write-up also explains that Serre “has no intention of baffling or alienating potential listeners”. As he explains: “I just want to make the music I love, without asking myself if it’s gonna be too complex or too far from what people like. I want to make the music which has sense to me, with no restrictions, like a big party with metalheads, electronics nerds, classical and baroque-heads and gypsy violinists getting drunk and joining together to bring the best of every genre.”

And finally, I’ll provide this further excerpt from the Metal Blade description of the album: “To realize Savage Sinusoid as a completely sample-free record, Serre reunited with vocalists Laurent Lunoir and Laure Le Prunenec, along with drummer Sylvain Bouvier, and collaborated with more musicians than on any of his previous releases — one of those guests being Cattle Decapitation’s Travis Ryan, who lends his vocals on ‘Cheval’, ‘Apopathodiaphulatophobie’ and ‘Robert'”.

If you’re familiar with Igorrr, you may not be completely surprised by the following video for “ieuD” — but I bet you’ll still be surprised. It’s a thoroughly bamboozling collage of sights and sounds, and while it’s probably not impossible to describe the song, I think it will be better if I don’t try, and instead just let you experience it. Brace yourselves.