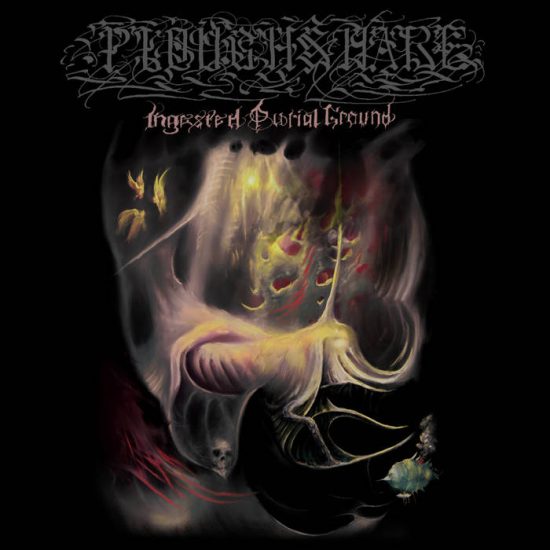 We’ve written something about every release so far by the Australian band Ploughshare, whose record titles seem evocative of their world view: the 2017 EP Literature of Piss; the 2018 debut album In Offal, Salvation; and the 2019 EP Tellurian Insurgency. We keep that streak going today with our premiere of “A Horrible and Terrifying Impression” from Ploughshare‘s forthcoming second album, Ingested Burial Ground.

In our previous writings we’ve piled up adjectives in an effort to capture just how viscerally terrorizing Ploughshare‘s genre-splicing music is — “violent, oppressive, and mind-bending” was one such string of words.

And, well, we will try again now, because the new album and the song you’re about to hear are also frightening, but they’re also not mere repetitions of what the band have done before. New weapons have been added to the arsenal of nightmares. END_OF_DOCUMENT_TOKEN_TO_BE_REPLACED 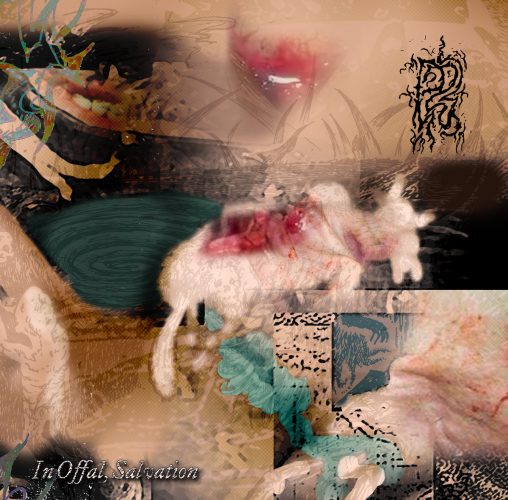 Literature of Piss was the 2017 debut EP of this band from Canberra, Australia. In Offal, Salvation is the band’s 2018 debut album. “The Urinary Chalice Held Aloft” is the name of one of the tracks on the album. Perhaps you begin to get a sense of the band’s worldview. END_OF_DOCUMENT_TOKEN_TO_BE_REPLACED

This makes the third time I’ve emblazoned our site with that wonderful piece of artwork by Elijah Gwhedhú Tamu at the top of this post, but the first time I’ve been able to share any music from the album it adorns. I’ve been eager to find out what kind of music would be wrapped within this imagery, and now I know that it’s as interesting and as attention-grabbing as the visual art. END_OF_DOCUMENT_TOKEN_TO_BE_REPLACED