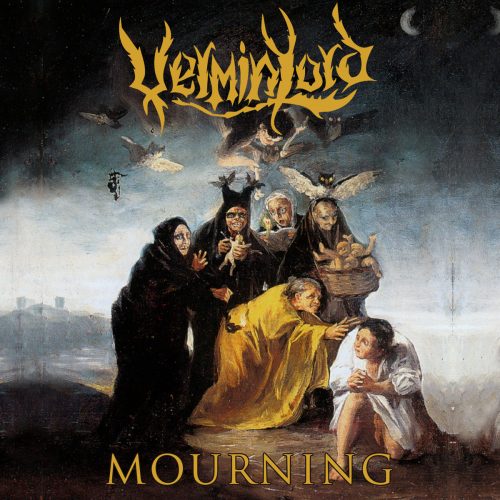 This marks the fourth time we’ve written abut the music of Seattle’s Vermin Lord. The first time was a review of the project’s excellent 2016 album Anguish, and then we wrote about a single that was released in January of this year, followed in March by our review and premiere of a two-song EP (Visions Of A Cursed Warlock). And now we’re spreading the word about Vermin Lord’s new album Mourning, which is being released today.

Part of what makes Vermin Lord’s music so intriguing (and this is certainly true of the new album) is its unpredictable blending of disparate musical influences. This album in particular brings to mind the term “baroque”, which in one of the word’s dictionary meanings refers to a style of artistic expression “marked generally by use of complex forms, bold ornamentation, and the juxtaposition of contrasting elements often conveying a sense of drama, movement, and tension”. 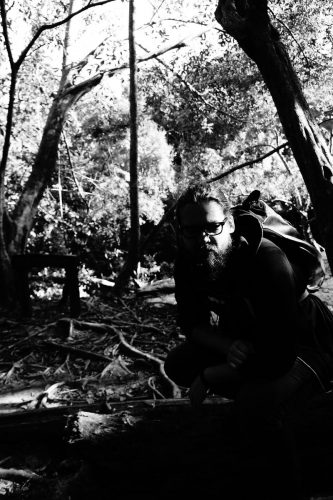 Mourning exhibits all of those characteristics. It’s a form of avant-garde sorcery that swirls together elements of black metal, gothic doom, psychedelia, and atmospheric touches of supernatural horror. It juxtaposes contrasting elements in unexpected ways. In its moods it ranges from brooding to bombastic, from wistful to wrenching, from hauntingly dreamlike to crushingly oppressive and downright crazed.  It has more than a few moments of sorrowing beauty, and it’s loaded with melodic hooks, but this isn’t a cheerful record: In all its morphing forms it’s very dark. As Vermin Lord’s sole creator explains on the album’s Bandcamp page:

“This album is very personal. Most of the songs were written in direct response to high levels of stress, anxiety or depression.”

The vocals are part and parcel of the contrasting juxtapositions. The harsh vocals scar the ears and scrape the mind, a tormenting sound that’s partly a tortured shriek and partly the throes of someone being strangled with barbed wire. But almost all the songs also include clean vocals, often layered to create harmonies, and usually with a somber gothic vibe.

Unexpectedly, the title track is simply a brief instrumental, which could be thought of as an interlude following the jaw-dropping first track, with celestial keyboards and a flickering melody wafting over tribal drumming. But the building of tension is a factor in all the other songs, and so too is the building of the music from spare, minimalist beginnings through the addition of sonic layers.

Two of the tracks fall in the three- to four-minute range. “Council of Crows” has a kind of deranged and occult air about it, an atmosphere of ratcheting tension, and something like the sound of an infernal cabaret, while the gloomy “Consumed By Soil” grows from reverberating notes and ambient shimmer into heavy chords and hammering rhythms, reaching a crescendo of near-hysteria. 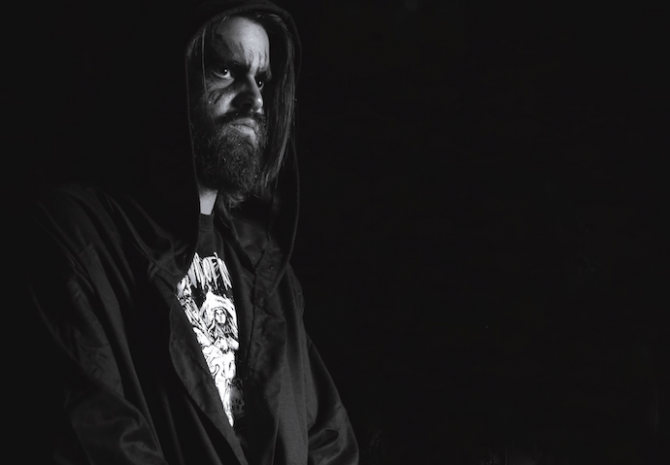 The long “Distant Shores” could have served as the album’s centerpiece, given its elaborate and changing textures, but instead it’s the record’s opener. The intensity ebbs and flows, sounding wistful and longing at first but then leaping into misery and mayhem; a soulful, reverberating guitar melody provides a momentary gleam of beauty in this tale of anguish and doom.

“The Swarm of Feasts” isn’t quite as long, but it’s almost as dramatic in its changing tempos and moods, at first marching to the slow rhythm of heavy, ominous chords, as if bound for a hangman’s noose, and then blasting and swarming in a near-demented frenzy, and then donning a mantle of horror and ritual — though it too has lighter and entrancing moments (albeit moments that are ghostly and sorrowful). The slowly strummed ringing chords at the end provide a hint of brightness on the edge of the gloom.

“Distant Shores” could have been the centerpiece, but “Death of A Warlock (Part I and II)” seems intended to serve that role. At almost 13 minutes in length, it almost relentlessly builds tension and a sense of mental and emotional disturbance, whether the music is storming or engaged in a dirgelike crawl. Following a silence that seems to mark the end of Part I of the track, it reflects a change, becoming spectral and melancholy — but that proves to be a brief reprieve, because what comes after is a surge of heavy, hammering bombast that’s intense, jolting, and demented. 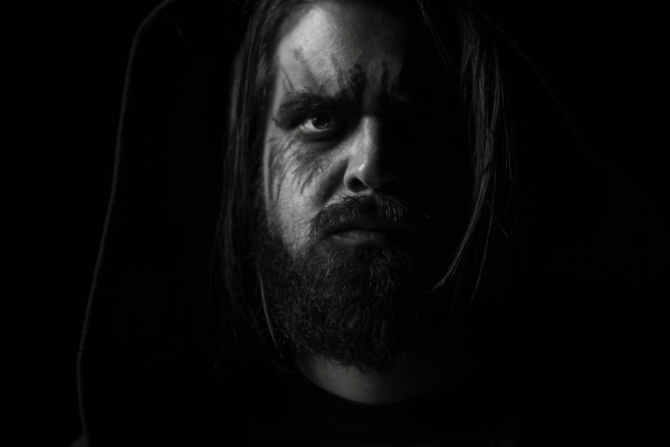 Two cover songs come at the end, and they’re interesting choices. The first is a cover of “She Loves Me, She Loves Me Not” by the California rock band She Wants Revenge from their 2006 debut album. Vermin Lord preserves the song’s core melody, but makes it heavier and more oppressive, sinister, and unsettling.

Don’t laugh, but the second cover is “Never Gunna Give You Up”, which bears little resemblance to Rick Astley’s original. Moving from a mid-paced doomy march to a blast of thundering and swarming, Vermin Lord transforms the song into something resembling an expression of psychotic obsessiveness, giving the title a new and twisted meaning.

From what you’ve read so far, it’s probably obvious that Mourning won’t be everyone’s cup of tea. It can be disorienting and disturbing, and its refusal to be musically pinned down leads to changes that can be jarring (as well as sublime at the same time). It also sounds more like a collection of singles rather than an album constructed with a purposeful flow or musical narrative, more like snapshots in time during the expression and exorcism of inner turmoil. But for all that, it’s persistently fascinating. The sound is remarkably distinctive, the product of an impressive creative force who follows the beat of his own drummer, and whose every release has become, for me, a “must listen” event.

Mourning is out now and available for download at Bandcamp: