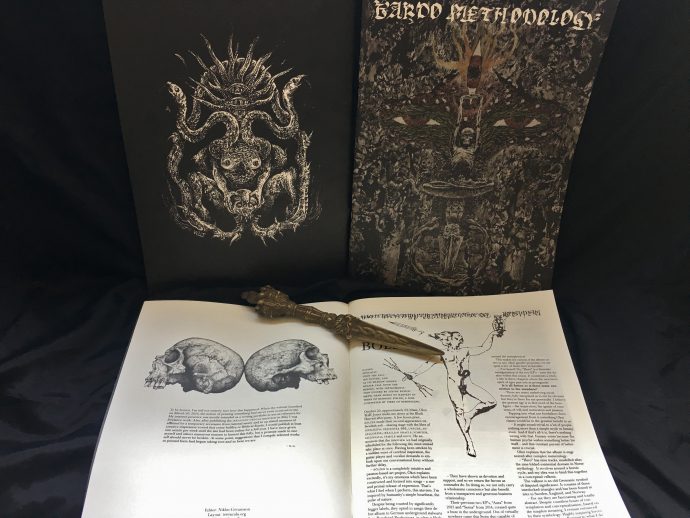 Niklas Göransson is a Swedish writer whose impulses and talents have led him to create something very special for serious fans of metal whose interests go beyond the pleasures and enlightenment of the sounds themselves. He named his creation Bardo Methodology.

According to Göransson‘s own explanation of how Bardo Methodology came to be born, he had been intermittently contributing articles to Sweden Rock Magazine, and in late 2015 began the exercise of translating some of his writings into English and publishing them online. In early 2016 he conducted an interview of Deströyer 666, with only two pages allotted to the discussion in Sweden Rock Magazine. And so he “ended up with the vengeful boil in every writer’s posterior; excess material too good to discard.” And as a result, Bardo Methodology was born, as an online vehicle for presenting that interview in full, and one thing led to another.

The site was launched in March 2016 with a collection of translated, stockpiled interviews appearing on the first day. By June, something new was appearing on a weekly basis, and that weekly publication schedule has been followed ever since, like clockwork — here.

Now, Niklas Göransson has taken a further step and has begun publishing a print edition that’s so distinctive I felt compelled to help spread the word about it. 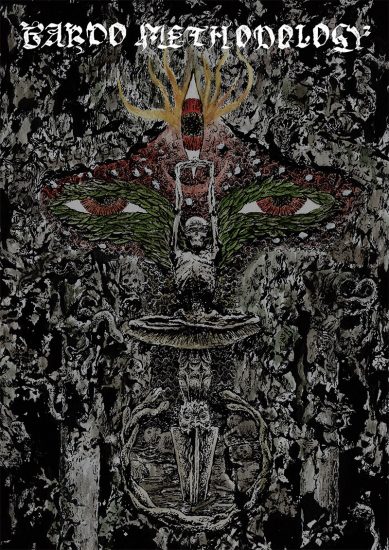 I discovered Bardo Methodology in the middle of last year through statuses on the publication’s Facebook page that were being increasingly shared and liked by underground musicians from around the world whom I followed. I began reading some of the interviews and became fascinated — on many levels.

Though perhaps only a superficial thing, the site itself is visually very appealing — and so is the print version (more about that in a minute). But of course it’s the content that matters most.

Most of that content consists of interviews, though a few music premieres have occasionally appeared. The musicians interviewed tend to come from the realms of black and death metal, many of them devoted to esoteric and occult beliefs and practices, though if you peruse the Bardo Methodology archive you’ll also find interviews of label bosses (labels such as The Ajna Offensive and Invictus Productions). Lurking in the archive there’s also an interview with bestselling British author Graham Hancock.

But here’s the main thing: These aren’t your typical music interviews. Let’s be honest: Most interviews of metal musicians you find on-line (and in print) are dull. The questions tend to be stock formulations, lacking any inspiration and lacking any serious knowledge of the music or the bands and their histories, and the answers often tend to follow suit — uninspired, uninformative, and uninteresting. Not so here.

For one thing, they’re not presented in the usual question-and-answer format. In fact, they’re as much essays as they are interviews, and Göransson has a distinctive writing style — but it’s probably easier for you to simply look at one of them than for me to try to explain how Göransson does what he does.

But most important of all, the discussions are in-depth and wide-ranging, usually delving into subjects that go far beyond the music itself, including mysticism, philosophy, history, and much more. They reflect Göransson‘s extensive knowledge of metal history, music, and many other subjects, and his ability to draw out the people with whom he’s communicating, to peel back the layers of their interests and thinking. The results are unusually engrossing.

And with that background, I’ll turn to the news that finally prompted me to share my own interest in Bardo Methodology with visitors to our site, and that’s the publication of the first print edition of Bardo Methodology, a copy of which I greedily consumed with my eyes as soon as it arrived here at my island home.

Like the Bardo Methodology online site, it’s a finely crafted piece of work. It includes artwork on the front cover and contents page by Timo Ketola, back-cover art by Welt (Yama Tattoo), and many other pieces of art and photography. Even the high-quality paper feels pleasing to the touch.

And if you order early it comes with a poster that reproduces the back-cover art — here’s my copy: 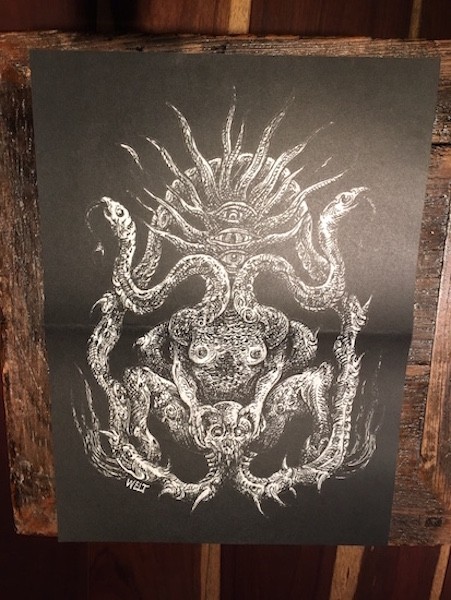 This first print edition compiles selected works from the on-line presence of Bardo Methodology, plus follow-up interviews to supplement the original discussions in some cases, as well as other forms of content exclusive to the print edition. It amounts to more than 60 pages of reading, and hours of excellent reading it is.

Here’s the table of contents from my copy (and if you have trouble seeing it clearly, it lists interviews with Bölzer, Sadistik Exekution, Phurpa, Graham Hancock, Antaeus, Morbid, No Fashion Records, Alvaro Lillo (Watain), Ryan Förster (Blasphemy), Teitanblood, Forndom, Mgła, The Ajna Offensive, and Deströyer 666): 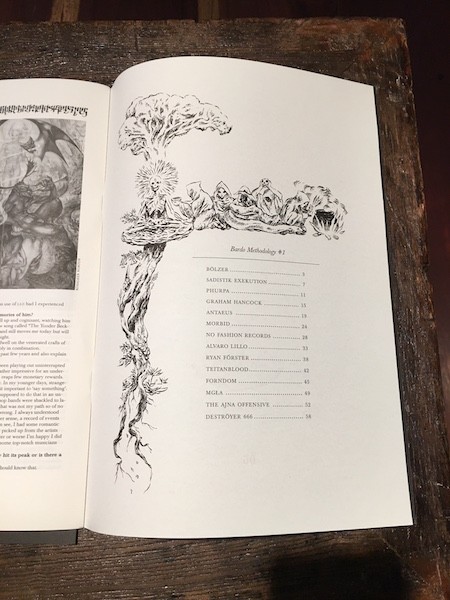 I really hope that Niklas Göransson not only continues to forge ahead with the on-line edition of Bardo Methodology for years to come, but also brings us more of these printed compilations. And I also really hope that you’ll buy a copy so as to increase the odds of that happening.

One thousand copies have been printed, the first five hundred of which are numbered and include the poster shown above. To purchase, go here:

9 Responses to “BARDO METHODOLOGY IN PRINT”