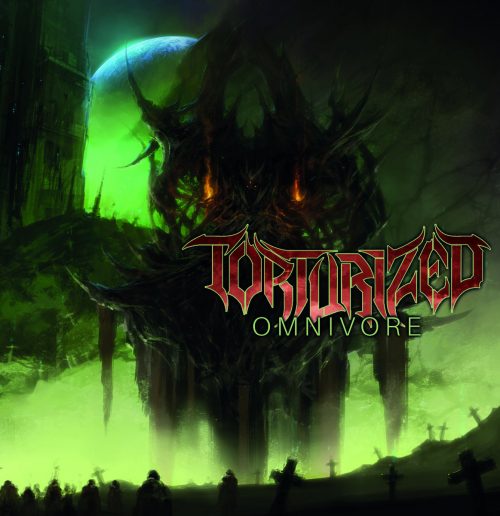 (DGR wrote this review of the new album by Germany’s Torturized.)

Here at NCS, we’re proud of the spelunking we do to find underground metal, in between our fawning over the genre as a whole. We also enjoy helping get folks’ names out there — in my case, especially when it comes to some machine-precise death metal.

The idea of musicians as machinery is one that still proves exciting, and hearing a band execute on that idea to crank out some crushing death metal still impresses. Which is how I wound up at the doorstep of Torturized‘s disc Omnivore. 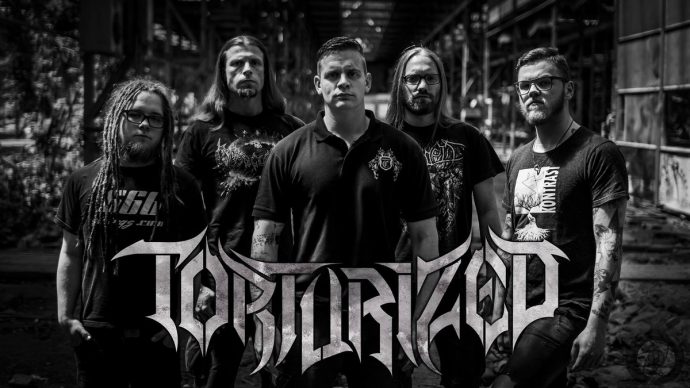 The gentlemen of Germany’s Torturized actually reached out to us a bit ago, via our Facebook page, but ever neglectful as we are of the messages section on it, I do try to do my best to sweep through it with a gigantic dragnet and pick out whatever peaks my interest.

Omnivore, the new disc by Torturized, was released at the beginning of March and it is effectively a new face for the band — the group started out as a brutal death metal band but have slowly given in to the more technical side over the last few years. Early lineup shifts have seen the band’s identity change, and prior to the release of Omnivore, Torturized  last put out a full-length in 2006 (!) known as Uncontrollable Hours. Since then the band have put out two EPs in late 2009 and 2012, but that still has left some fairly solid gaps in time for the band to really make a name for themselves.

Since 2010, though, despite the addition of a new bassist to the crew, the band have maintained a fairly solid stable — but that means that the group represented on Uncontrollable Hours and the group on Omnivore are two differing faces of Torturized. And, despite the commonly sharp logo, Torturized get up to some interesting stuff within Omnivore — they don’t push hard at the boundaries of the genre but instead have a lot of fun twisting and contorting what they can, resulting in eleven tracks of surprisingly angular death metal, with enough recognizability for people to latch onto, before things take a turn for the noisier and slightly more violent.

At the very least, the splatter-obsessed part of Torturized‘s DNA remains intact and reveals itself like a shoulder-mounted ghoul whenever the band are getting too flashy, as if to remind them that their roots remain firmly implanted in the sewers.

The two songs that Torturized first put out as promo material for Omnivore — “Dehumanization” and the  “Omnivore” title track — do a pretty good job representing the two different sides of Torturized that are fighting with each other throughout Omnivore‘s runtime, leaving the listener to enjoy the aural carnage wrought within.

“Dehumanization” is a little-over-three-minute exploration of death metal, the second song on the disc after its opener — the remarkably dense “Abhorrent Intemperance”, filled to the brim with all the various whirly-gigs and gizmos style of song-writing one would come to expect from a song like it.

Without getting into an overly “jingling the shiny keys” style of death metal, Torturized manage to worm in enough groove and assault to make “Dehumanization” a heavy crusher of a track. “Omnivore”, on the other hand, is the high-speed, no-frills track, just everything unleashed from the get-go — a bit like the song “Pale Relict” before it, just zero-to-sixty with no time spent in between.

It also serves as the album closer. There’s no soft, going gently into the night for this disc, just closing on the loudest bang the band could think of. It’s one of a few shorter songs on the disc, at around two minutes — keeping it with its kin “Chasma” and “Convergence”, who blur into each other to form one bigger piece. “Omnivore” has a repeated and impressive “wall of notes” guitar part that Torturized get a lot of mileage out of, but given the song’s grindier length, it only appears twice. The song is built around hammering precision, much like Omnivore as a whole, and the technical flourishes are just as quickly snuffed out by plenty of chugging guitars and a constantly running double bass drum.

“Putrescence”, is one of the slower and more groove-heavy songs on Omnivore, a little bit halfway into the disc. Which, you’ll note, still means it goes pretty goddamned fast overall.  It moves in fits and starts and also contains one of the finer examples of the aforementioned angular guitar playing, as its main guitar part seems to swing back and forth like a pendulum — before dropping into some hammering groove and chug, with the vocals bouncing over the top of it.

Complete with some twisted clean vocal work, “Putrescence” bounces all over the place and is like Omnivore as a whole — an ugly and mutated beast. There’s even a closing segment that actually hints at a bit of melody  — which doesn’t happen too often on the album. Torturized are like a meat tenderizer in that aspect, preferring bombing runs instead of the pretty stuff. It does, however, have a massive death growl that you can’t help but be impressed by, which follows that first time when the melodic section makes its ugly self known.

I would not be shocked to find out that I’m not the first to draw comparisons between the clean vocal stylings of the Torturized crew and Cattle Decapitation vocalist Travis Ryan. Not in the sense of his  range, as Torturized use a tag-team approach with both low and high vocals going at the same time, and vocalist Lu handling majority of the lower work, but in the twisted and deranged clean vocals. It exhibits a technique that’s bound to turn the ear of those familiar with how Cattle Decap use their mangled clean singing for hooks in the midst of all the noise.

Torturized use it differently, as they aren’t a really “catchy” band, instead favoring ceaseless brutality, and the vocal work, when it does make its mangled and tortured appearance”, sounds like a crazed, rabid German man yelling at the listener over the top of the death metal extravaganza beneath. I’d always wondered what it would be like to have an angry German guy yell at me over a death metal disc. Short of throwing on a Bolt Thrower album and calling my grandparents and insulting them, this may be the preferable approach.

The low/high approach will be more familiar to death metal listeners, but one that works well, and it is about as ceaseless as the aforementioned musical approach — Torturized like their music fast and almost non-stop, and the vocals at times latch onto the relentless blast of the drums and at other times are just as much of a low-end melody as the bass guitar.

Omnivore clocks in at a little under forty minutes and, like a lot of albums of its ilk, it’s filled to the roof with different things going on. The band pay homage to their warring hydra heads by never letting up; the second-to-second time spent with Omnivore can be a little overwhelming. Its supposed to be. At times Torturized are playing with an expert level approach to caveman brutality, favoring a hammering and rhythmic songwriting section — seemingly buttressed by everyone in the band screaming at one point or another, given the variety of voices present on the disc. It’s the work of mostly one man, but its a monstrous performance.

Other times, it seems like the guitarist duo of Siggi and Tom are happier than hell to try and make everyone else hang on for dear life as they make each song leap from one point to the next, favoring a more white-knuckle songwriting approach where it is difficult to tell which lumbering guitar part the band are going to go for next. Or, if they’re not, then the next fairly angular guitar section that seems like it was written just to make the drummer and bassist feel pain with the weird contortions they have to get up to in order to keep up.

Omnivore fits comfortably within its chosen genre leanings, but it is happy to push at the edges, just so that it can’t be pinned down in a perfect sphere. It’s got its lumps and warts, choosing to be ugly in between all that nice sheen and polish. It’s an expertly prescribed hit to the system for those wandering the wastes in search of their next fix of machine-precise death metal, with just a hint of mutation to keep things interesting.