(In this post Andy Synn reviews the new EPs by Mantar, Maré, and Mesarthim.)

So I’ve officially now reached a point where I am so far behind in my writing that the balance has fully shifted into the negative, with more new albums and EPs being added to my review queue – almost on a daily basis – than are being scratched off of it.

Well, the only answer, it seems, is to hammer out a bunch of quick reviews, and try to make some sort of dent in the ever-growing pile of streams and promos currently clogging up my inbox/mp3 player.

So, without further ado, here’s three great EPs, two from bands we’ve covered before, and one from an entirely new discovery of mine. 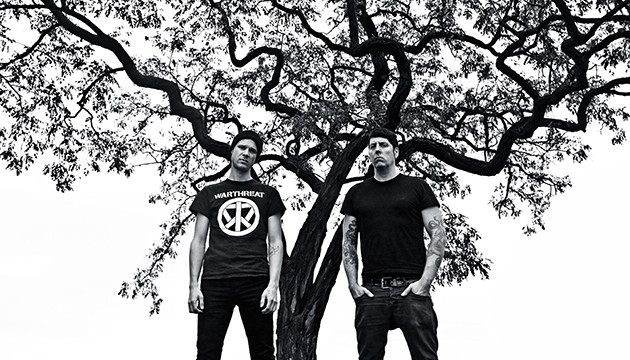 Mantar are a band who (should) need no introduction. After all, Ode To The Flame was one of the best albums of 2016, and the German duo have been kicking out the jams in style for several years now, slowly building their worldwide profile in the process.

Their new EP, The Spell, doesn’t break the mould, reinvent the wheel, or flip the script in any way… but it does offer three absolutely killer tracks of the band’s signature sinister swagger, all absolutely brimming with neck-wrecking riffs, gigatonne grooves, and razor-sharp, harpoon-like hooks.

“Pest Crusade” is a pugilistic powerhouse that floats like a butterfly and stings like a bee, ducking and weaving, chugging and chomping away with all the grit and grace of a prizefighter in his prime, while “Age of the Vril” goes for a moodier, more menacing creep ‘n’ crawl that slinks and slithers its way into your eardrums before detonating in a stunning explosion of sonic shrapnel.

Track number three, “The Spell”, wraps up the EP in shamelessly anthemic fashion, overflowing with cruelly catchy melodies and sickeningly infectious hooks (not to mention a blink-and-you’ll-miss-it guest appearance from Bölzer frontman KzR), leaving the listener with no doubt that Mantar are still bound for bigger and better things. 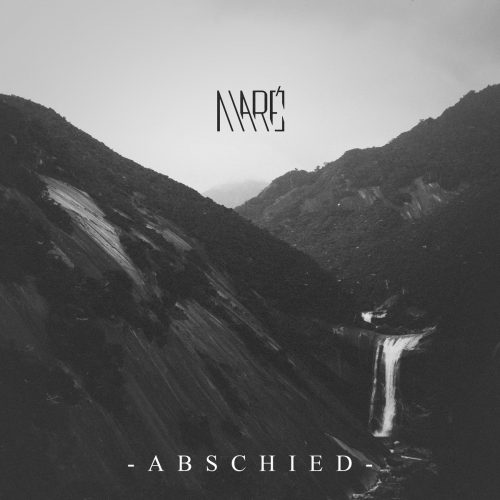 Münster metallers Maré deal in a thrillingly vital, impressively visceral brand of blackened Post-Metal, situated somewhere in the wild hinterlands between Kampfar, Ancst, and Harakiri For The Sky, and their debut EP is most definitely one of my favourite new discoveries of 2017.

Opener “Omen” acts as a near-perfect introduction to the band, delivering a wealth of rough-yet-refined riffs, punchy percussive patterns, and surprisingly epic keys, all built around a grandiose lead/synth refrain, while “Martyria” incorporates an extra helping of melancholy melody and ambience, pairing and contrasting bold, bombastic guitar work with moments of sublime space and calm, and “Verzehrer” takes things in an even darker – dare I say doomier? – direction, with a heavy helping of bruising riffs and gloomy atmospherics… not to mention some beautiful/brutal interplay between harsh, mid-ranged shrieks and gruff, guttural growls.

The angst-ridden strains of “Lichtblick” practically bleed melody and atmosphere, pulse-pounding drums driving along a torrent of taut, thrumming riffs and majestic keys (not to mention the occasional surprising blast of chug-friendly heaviness), before the climactic strains of “Leitmeritz 0912” bring the whole shindig to a prodigiously powerful, yet subtly poignant, finale.

If you like your music brimming with melody and emotion, without skimping on the metallic energy and intensity, then you should definitely check this one out ASAP. 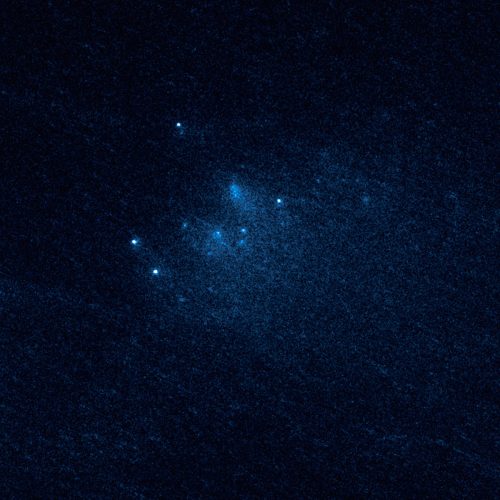 Prolific Australian enigmas Mesarthim sprung their latest EP Presence on the world only a few days ago, with little to no warning or fanfare, surprising us all with yet another offering of their strange and singular sound.

The three tracks which make up this EP offer yet another evolution of the band’s distinctive blend of evocative DSBM and shimmering psy-trance, building on the darker tone of Absence while also reincorporating a lot more of the extravagant electro-synth styles which characterised both their debut, Isolate, and its follow-up Pillars.

“Eschaton Part I” immediately launches you into outer-space amidst a blooming cloud of rippling keys, fluid, textured guitar work, and soothing female vocals, building to a prominent passage of pulsing EDM vibes and hypnotic ambient moodscapes that stretch the boundaries of whether this track can be considered “Metal” (spoiler: not really for the most part, but dammit if it doesn’t just work), after which “Eschaton Part II” reinstates the darker, distortion-based background of the guitars while also thrusting the anguished, howling vocals right to the forefront, without losing the shamelessly extravagant electronic elements which have always been the driving/most divisive factor behind the band’s music.

Concluding with the dreamlike ambience and oddly meditative metallic melancholy of “Presence” (which might very well be one of the best tracks the band have ever produced), this EP demonstrates that the enigmatic duo who call themselves Mesarthim aren’t done changing and evolving just yet, nor are they at all beholden to the constraints and restrictions of “true” Black Metal… as if there were ever any doubt!