(We welcome Neill Jameson (Krieg) back to our site, who in this post recommends music by some of the more obscure U.S. black metal bands, mainly from the ’90s — some of whom have new releases in the works.)

This past weekend was the Decibel Metal & Beer Fest, and while I was proving to the world I can’t hold my liquor I ran into some people like Austin Lunn who can actually carry on the kind of conversation about black metal that gives me pause, and also the motivation to do something like this. I also ran into a few old friends who were a part of the burgeoning ’90s US black metal scene, members of bands that I find criminally underrated.

Between that and all the talk about what “USBM” should and shouldn’t be, I figured I’d talk a bit about bands that are from a time where Antifa wasn’t throwing smoke bombs into apolitical shows or bands didn’t get name-dropped on Chris Brown’s vest. 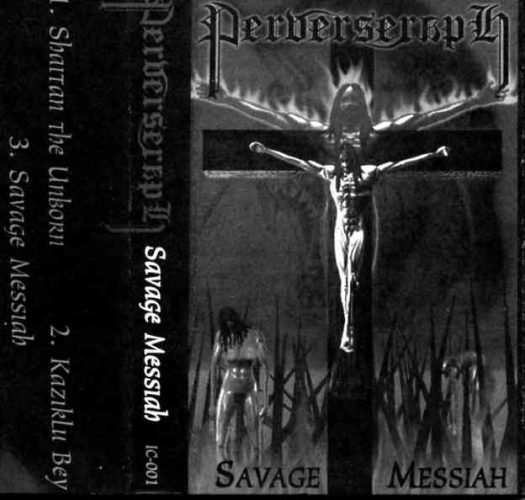 Like a lot of the bands I’m going to write about, Perverseraph has a rich musical heritage, particularly in vocalist/guitarist John Litchko who was also involved in some underground gems like Necrotion and Symphony of Grief, amongst others, but for my money Perverseraph is his crowning achievement.

Recording only one demo and a handful of tracks throughout the mid-’90s and on, Perverseraph manages to mix truly disgusting black metal with Voivod-esque discordance. The Savage Messiah demo is still one of my favorite American black metal releases twenty years after hearing it, and is on my list of things I’d release on vinyl if someone was kind enough to give me 50k to start this obviously well-thought-out label.

John is busy working on new Necrotion material, which will be great for fans of gross death metal, but didn’t rule out further Perverseraph material when I saw him last. 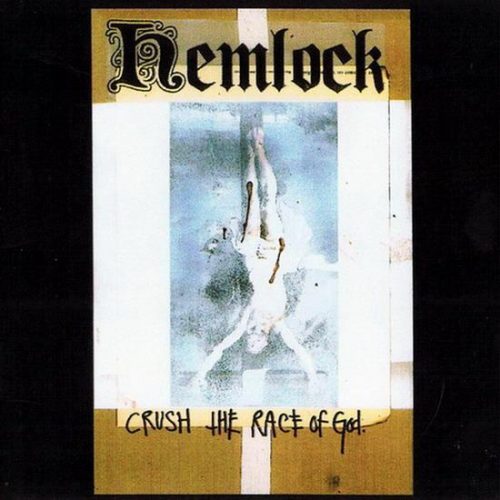 I remember when I first heard about Hemlock how much black metal nerds bitched because Danny Lilker was involved. Honestly, if you think about it, not much has changed in black metal, what with nerds bitching whenever they feel like they’re being “invaded”.

Hemlock was one of the first USBM bands that entirely rejected the traditional aesthetics, mostly in the sense that they were more entangled in real-world violence and deep occult study than reading Tolkien.

Their shows were always unwelcoming, either because they were throwing chairs at the crowd or vocalist Desecrator was using a bullwhip at anyone who came close to the stage. Real asshole behavior, and I loved them for it because I wasn’t used to people in the US (at the time) name-dropping Sarcofago instead of Darkthrone or being actually threatening live. It’s made it difficult to take “scary” bands seriously.

They recorded three records, all of which are intense and ill-mannered, but I chose the first, Crush the Race of God, as a proper introduction. Another record I’d love to do on vinyl. 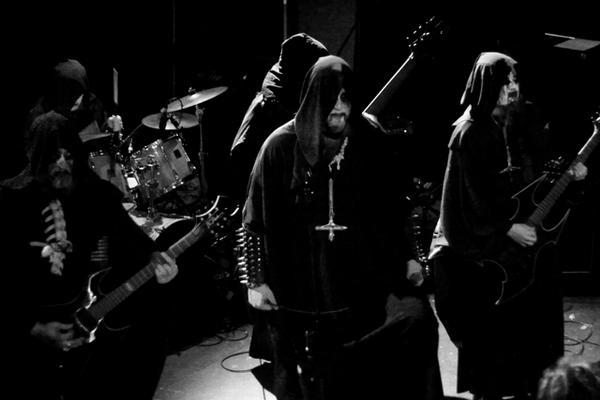 So many new bands are getting smoke blown up their ass because they use a dark occult look, mostly achieved with witch hats and an outfit that sort of looks like the KKK but that’s ok because they sing in Sanskrit. You’d think a band like Teratism, who have been around for quite some time, would be at the top of the heap of popularity but that would mean you’d also believe that most people prefer substance over style.

Teratism are a uniquely dark band, thinking-man’s black metal, who create an encapsulating atmosphere live but one where the visuals, while obviously important, are only a method of adding to the experience.

Fans of Inquisition and Nightbringer should take note. Hopefully there will be a release of a full-length that has been in the works for a while. 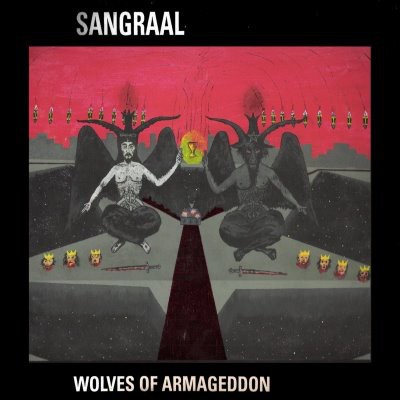 I can’t sit and tell you I’ve been a fan of Sangraal for a long time, but once I began to obsess over (the infamous) Gehenna I was introduced to their black metal side in this project. And that’s a testament to how underrated this band is, considering they’ve been polluting minds with their violent black metal since 2000.

Similar to Hemlock but also the older work of Profanatica and other primitive bands, this is the spirit of USBM before it became another thing to put on various merchandise. Sangraal will be releasing new material it sounds like, but first will come the new Gehenna record which is one of my most anticipated releases of 2017. 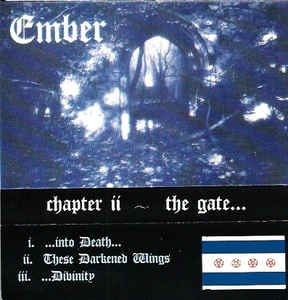 Ember was ubiquitous in US black metal in the mid ’90s. They released a nasty demo (Within the Realm of the Snowqueen) and were on a few compilations, but their second demo, The Gate, really stepped up their game with a stronger emphasis on riffs and composition.

Ember could also be considered forward-thinking, as their vocalist began to reject black metal and got immersed in hardcore, predating the mixture of genres that people bellyache about by at least ten years. I remember seeing them at Milwaukee Metalfest in 1998 and yelling out an old song and the vocalist told me to fuck off, so I can see why people were put off.

They did one more recording after this and sort of vanished, but they left behind some of the best yet forgotten black metal from the US in the ’90s. 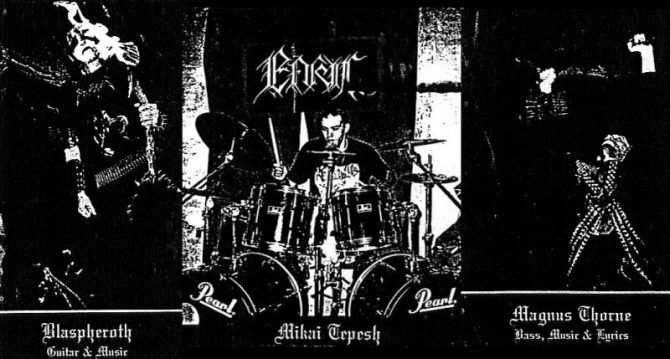 Enkil and Nephilim are both connected through sharing members but also were a part of a collective of bands focused around Magus Thorne, who also ran Undead Productions. Undead Productions released a tape comp of all American black metal bands and was my introduction to Black Funeral, Demoncy, and Abazagorath, amongst others.

These bands combined were enough of a statement that American black metal was something that could be legitimately as mysterious and evil as the bands across the pond, which for 1994/95 was something that wasn’t as evident as hindsight makes it. I’m not sure what Thorne is up to these days but he created a strong legacy, both with his support of American bands and through his own music, that demands respect.

Another band that was on fucking fire in the ’90s is California’s Noctuary. What made them stand apart from the raw or brutal bands that were starting to spread across the American landscape was musical ability. Taking as much from Iron Maiden as black metal, Noctuary would craft songs that had melody, solos, classical guitar, etc., the antithesis of a lot of what was going on in America and one of the only bands (From the Depths is the only other one that comes to mind) who could play their instruments without falling to Opeth level pretension.

They recorded two full-lengths and a handful of demos but I chose their first record For Salvation… for this piece because it retains the most black out of the metal they would release after. Reactivated a few years ago, and I’m looking forward to new material.

USBM is something that is a constantly argumentative subject and I’m positive I’ll hear about bands I left off, but my goal here is to write about the more obscure side of the, for lack of any better word, movement. Obviously you should be familiar with Judas Iscariot, Demoncy, Profanatica, etc., by now so it felt redundant to write about them right now. We’ll see what the future holds.