Imperator was the third album of Norway’s Dødsengel, but it is the album that will set all expectations for their new record Interequinox. Those who were undaunted by its length and who immersed themselves fully in the wonders of those two and a half hours of music discovered a band who were driven by belief, who honored traditions, but who were also rebels — nonconformists in their art who carved their own magical path in an often rigidly defined domain.

Imperator may unavoidably set the expectations for Interequinox, but if you made the twisting journey through Imperator, then it should come as no surprise to learn that Dødsengel’s sensual left-hand path has led them to altered states of musical expression, though crafted with as much care and spiritual devotion as the esoteric opus that preceded it. 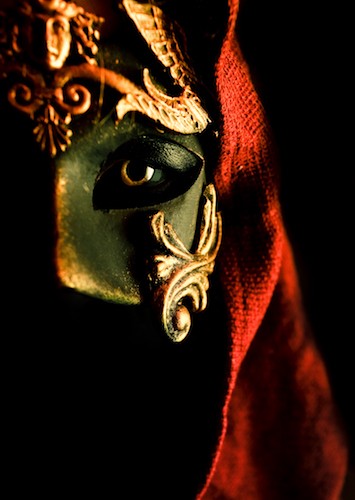 With a name that signifies the Angel of Death, Dødsengel embrace the negation of earthly life as a means of transcending fear and achieving the exaltation of will. In the words of this song’s final stanza:

I destroy myself to create myself.
I am nothing. I am everything. 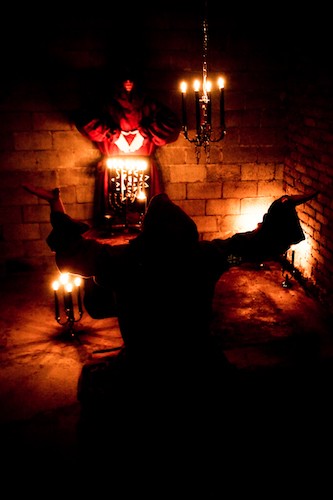 The song we’re bringing you today is “Rubedo“, the ninth of 11 tracks on this new Dødsengel album, Interequinox. The music is exotic and rapturous. The vocals alone push the boundaries of conventional black metal over the brink, with high, clean vocals that vault into falsetto and might put a listener in mind of David Gilmour, and with drifting melodic currents that are romantic and psychedelic, with an edge of tension conjoined with ecstasy.

The music is above all entrancing and sensual, captivating and memorable. But for the lyrics, you could imagine playing it for a friend who is repelled by metal, as a preclude to sex. 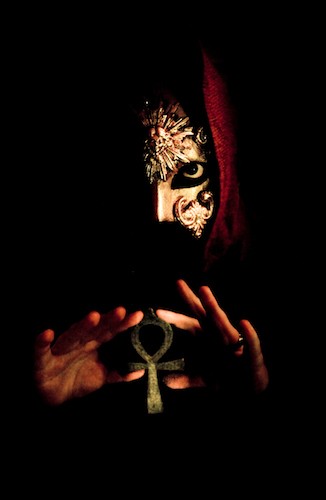 The songs on Interequinox are not all cut from precisely the same cloth as “Rubedo“. If you scroll further below, you’ll find a stream of the previously released track “Gloria In Excelsis Deo“, which is more intense, more edged with abrasion, more haunted by serpentine night terrors, more exultant — but still a sensual and thoroughly memorable experience.

Interequinox features striking cover art by Anders Røkkum. It will be released by Debemur Morti Productions on May 19th.

The album is available for preorder at the Debemur Morti webshop in these formats:

Listen to “Rubedo” below and follow the lyrics, which appear after the stream. And after the words, we have the stream of “Gloria In Excelsis Deo“.

Hell, a beckoning circle, a
means to summon thee.
In the womb of wombs – to return to infancy.
I am understanding, I will solve the meaning.
I am illusion, I will manifest in perfection.

Stagnated despair, my inner urge serenades.
I am the ashen moth to my flame,
I walk with the fire of will.
My secrets lie beneath the ruins of I.

Spiral unto me in serpentine song.
Autoerotic slithering, scarletly draped in lust.
Nocturnal emissions drip into
the gaping chasm of flesh.

A crescent moon, a dancing star,
becomes one with the All.
The golden path of her gateway
Agape, In arabesque, adagio.

The seed of the beast, the milk of her breast,
I drink deep from thy chalice blessed.

In harlotry whoredom, my mistress of unity.
The singular current of eternal salvation.

Fear no longer dwells in this heart of will.
Indivisible blood now flows,
scarletly draped in love.

I destroy myself to create myself.
I am nothing. I am everything.