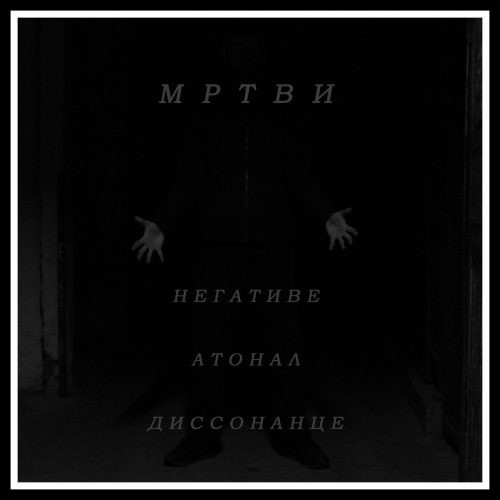 And now for something completely different….

Form, order, familiarity, repetition — these are among the ingredients that the human mind seems to find most easily digestible and immediately appealing in musical compositions. But sometimes the music that makes the deepest connections with our brains (and our emotions) is unfamiliar, unpredictable, chaotic, iconoclastic.

The piece of music you’re about to hear is fascinating, and completely off all well-beaten paths. In a word, it’s wild — though part of its fascination lies in the dawning realization that as twisted and bizarre as the music is, it achieves a hypnotic effect. It gets its hooks in your head. Or maybe I should just speak for myself. Of course, you will decide for yourselves… but whatever you do, don’t pass this by

The name of this track is “As Consciousness To Flesh Part 2“. It’s one of three extensive compositions on an album named Negative Atonal Dissonance by the experimental black metal entity MRTVI, the creation of a UK/Serbian artist who describes his philosophy with words such as these:

“In an infinite universe, music is endless; a spectrum of emotion, of atmosphere, a vibrational connection running through and joining all frequencies; a spiritual, meditative practice, a dream and a nightmare connecting the creation with the creative force…

You’ll better understand those ideas after you listen to this track. It may make a strong connection with you… or not. But for those who are seduced by it, I suspect the connection will be a strong one.

The track greets the listener with a battering maelstrom of pummeling bass, hammering and clattering drums, deep abrasive riffs, and incinerating vocals. In some ways the huge bass pulse is the head-moving heart of the song. It comes and goes, along with demented guitar surges. At times, when surrounded by a haze of distortion, it becomes a strange, noodling presence, with the pulse of the song replaced by unnerving shrieking sounds. The music becomes freakishly dissonant and cacophonous, settles into an ambient phase populated by weird Dopplering sounds (like a siren) and exploding drum munitions, and surges again into a maelstrom of braying chords, screaming notes, bursts of sledge-hammering bass, and scattershot snare bursts.

The track includes head-spearing rhythms and strangely enticing melodies. Deep into the song, it sounds like “21st Century Schizoid Man” on steroids, with guitar effects which resemble a saxophone that has developed sentience and then lost its mind. Even deeper into the track, the music seems to die, the rhythm disappearing, the sound falling into a sinkhole of psychotic ambient sounds that become increasingly ear-shattering and discordant. When the drums return, the patterns are unpredictable, erupting through a squall of sound, joined by what sounds like a piano motif, barely loud enough to be heard… which becomes one final hook in the head.

Negative Atonal Dissonance will be released on July 30 by Transcending Obscurity Records, digitally and in an 8-panel digipak edition (limited to 100 copies).