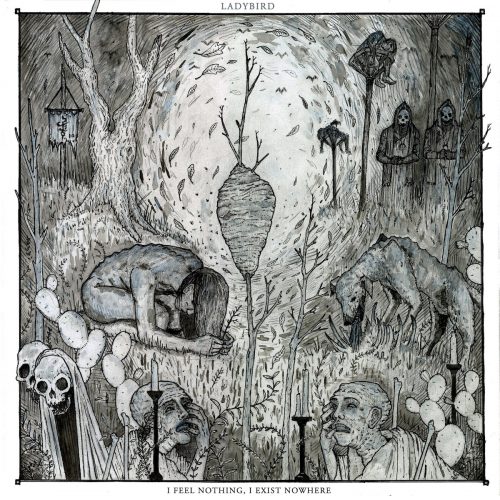 This Atlanta grind/hardcore band’s name is Ladybird. It’s a deceptive name. It probably won’t lead you to expect music that’s as obliterating on multiple levels as the song we’re about to present, the title of which is “Pawn of the Silt | Servant of the Loam“.

The name of the record on which the song appears is a better clue to the music. Its title is I Feel Nothing, I Exist Nowhere. 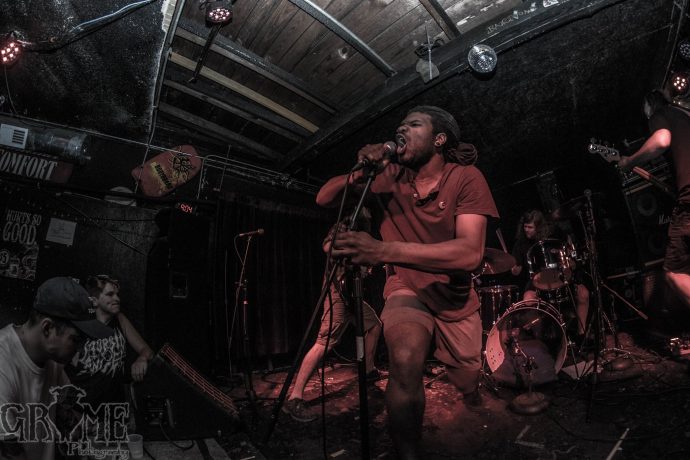 I mentioned that the song is obliterating on multiple levels. On one level, it has a near-physical destructive impact, delivering a thunderous barrage of skull-fracturing chords and pummeling drums, its brutal rhythms augmented by bowel-loosening riffs and raw, wrenching vocals. It hits hard enough to knock your teeth out. And on another level, it succeeds to creating a black atmosphere of utter desolation. And to its further credit, it succeeds on both levels in little more than a minute of time.

I Feel Nothing, I Exist Nowhere will come out on June 30th, digitally and with a cassette pressing through Athens GA-based label Star Rat Records. For more info as the release date approaches, check these links: