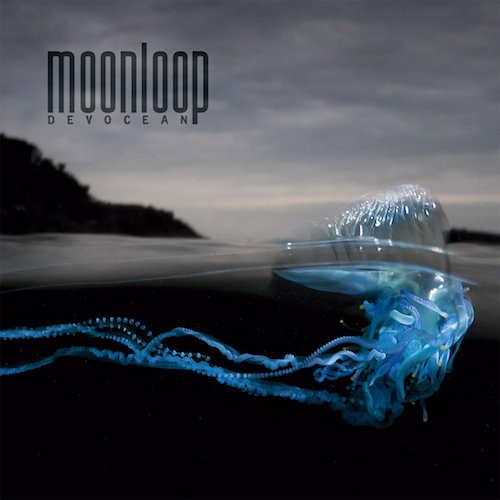 (TheMadIsraeli wrote this review of the new album by the Spanish band Moonloop, released in March.)

Moonloop are one of those bands whose existence feels like a justification for the underground metal scene. I’m not talking about underground in the mainstream sense, of course — not the Suffocation’s or the Immolation’s of the world — but the really obscure “you have to be a sad sap who does nothing but scour the Internet for cool album art and weird-sounding band names to judge your listening off of” sort of underground.

We’ve sorta mentioned Moonloop on this site once or twice back in 2012 courtesy of posts Islander made, but we haven’t ever given these guys their due and just coverage, and their newest record Devocean, which came out back in March, is as good a place as any to start. 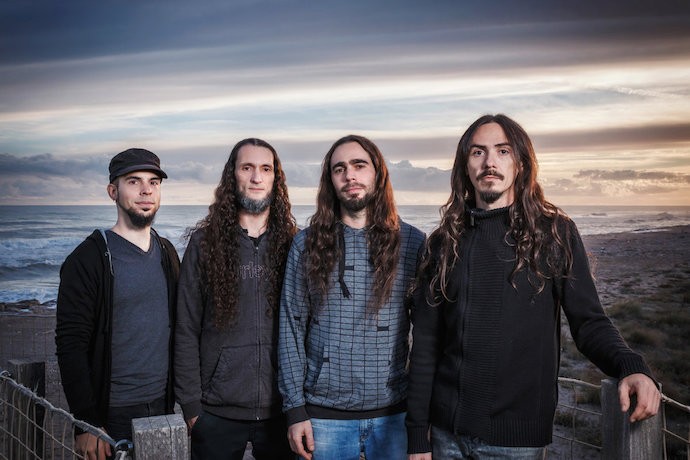 Moonloop are a progressive death/groove metal band from Barcelona, Spain, who hit a lot of eccentric notes in regard to influences on Devocean. You hear tendencies that range among The Monolith Deathcult, Trepalium, Extol, Tardive Dyskenesia, Voivod, and Rannoch, with a bit of Gojira and Immolation-style earthen heft.

They have a pretty long-form song approach, with just barely below six minutes being the shortest a song runs. They use an impressively immense array of atmospherics and ambience combined with crushing low-tuned riffs, syncopated grooves, and grooves that drag like a Kraken crawling up onto the shore line. The additions of gorgeous prog-metal keyboard and synth work combined with some sensibilities very reminiscent of Rush and Yes really complement the brooding oceanic bestial attack of the music.

Devocean is an album that’s all about the push and pull of a teeth-grinding oppression of angular open notes, monolithic chugs, and screaming pinch-harmonic excess, combined with just awe-inspiring walls of acoustic, keyboard, and synth layering that’s like a waterfall of cosmic matter. These guys have a really, really unique sound going for them.

“Megalodon” as an opener is like listening to the metallic version of a Gustav Holst suite. With the seizure-like tapping lead and the spidery riffling underneath, it sounds like it’s from another dimension. The mix on this album really helps to carry the rest; even when the band are just relying on sludgy low-tuned grooves, the earthen and murky mix helps this album create the right mood.

The thing is, Moonloop know how to write some fucking riffs even at the most simplistic level. Their sense of dissonance, smart use of bends and vibratos, and EXCELLENT sense of rhythmic intricacy is pretty hard to beat.

“A metallic version of Gustav Holst” is actually a pretty apt description for Moonloop as a whole honestly. The sensation you get during some of the sections of music on this album is pretty otherworldly. You can feel yourself drifting through as a tourist in some obscure cosmos, envisioning monolithic planets with obscene formations.

Consider Devocean among my candidates for top progressive metal albums of 2017. It’s seriously that good.