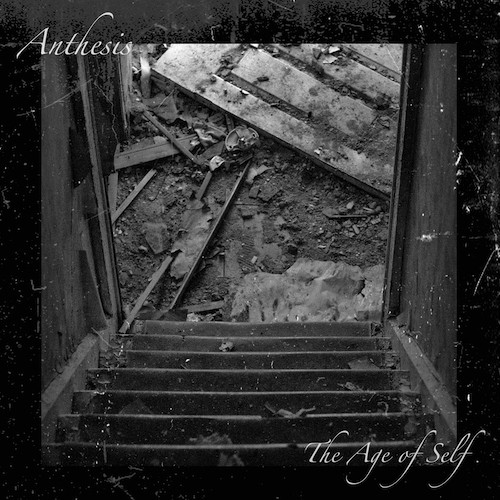 Today marks the official release of The Age of Self, the new album by the Canadian trio Anthesis, and their first full-length in more than seven years. To commemorate the occasion, we bring you a full stream of the album’s 11 tracks.

A pervasive air of insanity and incipient (or actual) catastrophe surrounds almost everything on the album, but the derangement manifests itself in very different ways. To describe the shattering intersection of styles on display within the album may make you think of a jigsaw puzzle where the pieces don’t fit — except they really do. And so while the band never let you get comfortable at any point, their off-balancing strategies succeed in keeping a grip on your throat and a hammer-lock on your head all the way through. 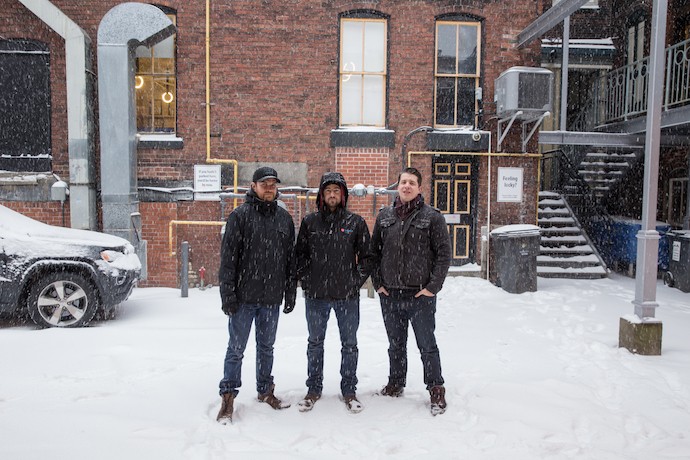 As for those seemingly disjointed jigsaw pieces, they include: grim, radioactive, teeth-vibrating displays of sludge/doom — slow, brutish, staggeringly oppressive, and methodically murderous; frenzied flurries of freakish noise rock, expelling warped and angular guitar psychoses so fast and furiously that you’ll think the music (and the band) are about to come apart at the seams; pile-driving, head-hammering demolition jobs that conjure visions of cities reduced to rubble; and murderous, hardcore-influenced rampages.

And to be clear, what I’m describing aren’t changes that occur from song to song. They happen within the songs. Some tracks (the ones in the 3-5-minute range) tend to lean more heavily toward the more apocalyptically doomed and sludgy end of things, while the shorter tracks (in the 1-2-minute range) tend to be more explosively psychotic, but changes happen in every song.

All three band members contribute vocals, and so the vocals also display changes — and they are also all insane. Raw, wrenching yells, skin-splitting screams, and gargantuan death roars are spread across the album like a population of asylum inmates and monsters. They have a lot to do with the album’s pervasive intensity, as well as its disorienting but transfixing impact.

Guitarist/vocalist Scott Miller told us that the band worked on this album throughout 2016, really taking their time on this one compared to previous releases, and trimming the fat — reducing the length and sharpening the focus of the tracks as songs, compared to previous efforts. The band are proud of the results — and they should be.

The Age of Self was recorded, mixed, and mastered by Scott Miller at Ancient Temple Recordings and is being released today by Hibernation Release in the U.S. (vinyl and cassette) and by Ancient Temple in Canada (vinyl, CD, cassette).

2 Responses to “AN NCS ALBUM PREMIERE (AND A REVIEW): ANTHESIS — “THE AGE OF SELF””