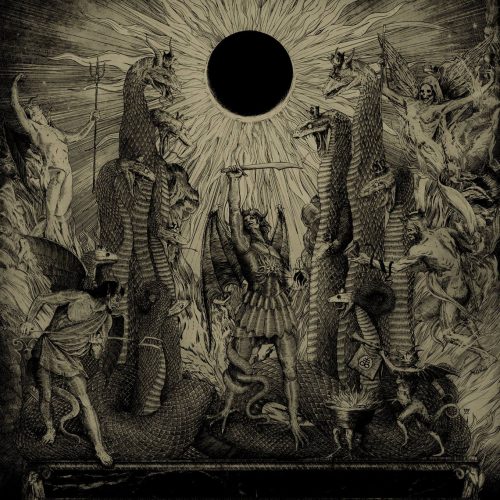 So here goes nothing…

First off, don’t worry, this piece has nothing to do with “politics”. It’s just a funny title.

As a matter of fact I originally started writing it late last year, but held off on finishing it in order to put some much-needed distance between what you’re about to read, and the prevailing (and divisive) political climate at the time.

All joking aside, what I want to address here is the issue of those people – whether fans or bands, critics or commentators – who seem to dedicate more time to complaining about the state of the scene today than they do actually enjoying the vast array of music that’s out there.

This phenomenon is nothing new of course. In fact ever since the first group of cavemen came up with the idea to bang a few rocks together in rhythm there’s been someone waiting in the wings ready to declare that things were better “in the good old days.”

Closer to home, you don’t have to look back very far to see how this sort of thing – the declaration that [x] is going to be “the death of Metal” – pops up every couple of years, and ultimately never proves to be anything more than unnecessarily negative hyperbole.

They said it in the ’80s, when Glam Metal started gobbling up the public consciousness, they said it in the ’90s when Grunge started taking over… and then again when Nu-Metal began storming the charts soon after… and they kept on saying it, again and again into the new millennium, most notably in response to the rise of the Djent scene, and then, most recently, when the whole “Post-Black Metal” sound unexpectedly took off.

And every time, it’s proved to be bullshit.

Of course in the modern age the advent and proliferation of the internet has helped to amplify these voices to a shrill, ball-shrivelling shriek, making them harder to ignore in the process.

But, for me, the most HILARIOUS aspect of this whole “things were better back in the day” attitude is the fact that it’s patently obvious just how many fantastic bands there are out there in the world today…

…and just how EASY it is to find them, if you’re only willing to open your eyes/ears!

Blogs, Bandcamp, Metal-Archives, recommendations from friends, from bands themselves… heck, even the most mainstream of Metal magazines will still feature one or two gems every now and then. It’s never been easier to find a new band to love, playing the style that you enjoy.

The real problem is that too many people would rather spend two hours bitching about how “all Metal sucks these days”, than take ten minutes to find something new to listen to and love.

Now I’m not denying that Metal has its trends, but, unlike more mainstream genres, these trends are not the be-all and end-all of the style.

As much as you might not like that Djent or Deathcore or Post-Progressive-Astro-Metal are currently the “in” thing, that doesn’t mean there aren’t a smorgasbord of bands still pumping out killer slabs of Brutal Death Metal, Old School Thrash, or truer-than-true Black Metal (to name but a few).

But… if you really do think something needs to be done to “make Metal great again”, what exactly can you do?

Well, for one thing, just telling people that they’re wrong, that their taste is bad, etc, is never going to work. All you’re going to do is piss people off and make them dig their heels in. Do it often enough and you’ll completely burn your bridges.

A better tactic is to simply introduce them to some other, better, bands which they might like instead/as well. Don’t attack them. Learn what they like, what they’re looking for, and give them some better options.

As I said above, a big part of the problem is that a lot of people are simply used to having their tastes dictated to them on a platter by magazines and radio. And when what they love is no longer the “in thing”, they feel disenfranchised because these outlets are no longer catering specifically to what they love.

So that’s why people need to step up and remember that the “scene” is more than just the bands. It’s the people, the fans, who love the music too, and it’s not enough for these people just to be exposed to the so-called “gateway” bands. They need to be shown that there’s more to the scene than that.

And though you can’t control what people like (not directly, at least), if you truly think that a band is “great”, then you should be confident that their greatness will shine through.

Of course, it’s also vitally important that you throw your OWN support behind the bands that you love.

In the words of the late, great, Terry Pratchett:

“The phrase ‘Someone ought to do something’ was not, by itself, a helpful one. People who used it never added the rider ‘and that someone is me’.”

So if you want things to get better, start supporting the bands you think ARE better. Recommend them to your friends. Retweet, reshare, and spread the word online. Go to their shows. Buy their merch. Let the band themselves know you appreciate what they do.

So, to put my money where my mouth is, here’s a handful of recommendations to get you all started.

If you like what you hear, pay it forward!