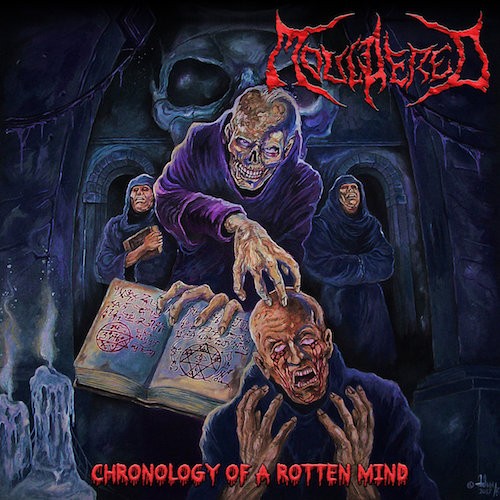 The dictionary tells us that “mouldered” is the past tense of the word “moulder” (or molder), which means to slowly decay, rot, putrefy, or disintegrate. And Mouldered is the name chosen by a brutal death metal band from the north coast of Colombia whose album Chronology Of A Rotten Mind will be jointly released on July 13 by the trio of Satanath Records (Russia), More Hate Productions, and Butcher Entertainment (Ukraine). What we have for you today is the title track, along with streams of two previously released songs from the album.

Mouldered was initially created in late June of 2013, drawing influence from such bands as Cannibal Corpse, Deicide, Vader, Morbid Angel, Cryptopsy, and Death, and Chronology Of A Rotten Mind is their first album, following the release of a self-titled demo last year. 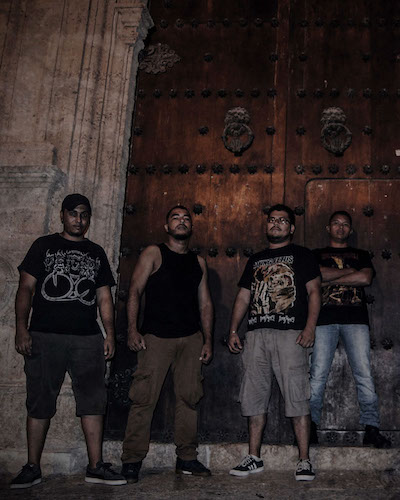 “Chronology Of A Rotten Mind” (the song) is more violently destructive than it is slowly rotting, though it does have a festering and gruesome atmosphere while ripping, racing, and pounding with murderous intent.

The song runs roughshod through your head for less than three minutes, but the band nevertheless pack a lot of electrifying changes into that compact space of time. The song is anchored by the turbocharged piston drive of the drumming and a deep bass pulse, while the guitarists alternately jab at high speed, swarm like a hornet nest, jackhammer with the force of a pile-driver, and set off bombastic detonations.

On top of all that, the lead guitarist works an eerie little melody into this head-hammering and gut-eviscerating barrage, while the vocalist’s guttural expulsions provide a suitable match for the music’s ruthless ferocity.

Pre-order information can be found below, along with our stream of the new album’s title track and those two previously released songs, “Mind Control” and “Death” (a free download at Bandcamp).

2 Responses to “MOULDERED: “CHRONOLOGY OF A ROTTEN MIND””