I decided to start this post with a new split release by the Australian bands Graveir (Brisbane) and Mar Mortuum (Melbourne) so I would have another excuse to prominently feature Jef Whitehead’s artwork for it (I already posted it on our Facebook page yesterday). The music is also very good. 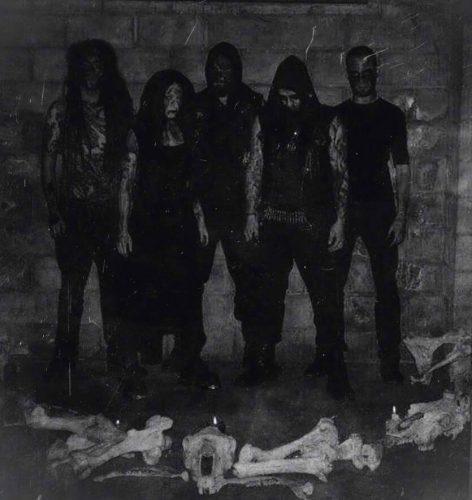 Graveir’s track for the split is “Unyielding Vortices of Suffering“, which follows their 2016 debut album Iconostasis and a 2015 demo named Caloian. Deranged dissonance bound to the rumble, tumble, and blast of percussion, the song conjures nightmarish visions of torment and ecstasy, made even more disturbing by the vocalist’s bestial shrieks and unhinged cries of pain.

“Unfurling the Serpents Coil” is the contribution to the split by Mar Mortuum, whose previous discography consists of an EP named Tomb (2016), an album named Nihilistic Advance (2014), and a 2014 debut demo.

“Unfurling…” channels fierce violence from the outset, and like the Graveir track is laced with unsettling dissonance. Unlike that track, this one slows, and in its slower moments becomes hallucinatory and alien, and reptilian in its slithering progress, while chords ring out like clarion calls to demonic powers.

The split is due for release by Impure Sounds.

Like Jef Whitehead’s artwork for that Graveir / Mar Mortuum split, Artem Grigoryev’s artwork for the new Sinmara EP is an eye-catcher. The name of the new recording by this Icelandic band is Within the Weaves of Infinity, and it will be released on August 24 by Terratur Possessions (MLP, MCD) and Oration (cassette tape). It was recorded, mixed, and mastered by Stephen Lockhart at Studio Emissary. The track list is as follows:

1. Within the Weaves of Infinity
2. Ormstunga
3. Nine Halls

The second of those songs, “Ormstunga“, appeared yesterday. It’s a storm of ominous yet majestic sound, propelled by furious drumming, deep grinding riffs, and swirling, incandescent leads. The vocals burn with the fires of passion, and the music itself is exultant, with a sweeping and spellbinding grandeur even in its throes of fury, while it becomes mysterious and mystical in its less bombastic moments. An enthralling piece of music…. 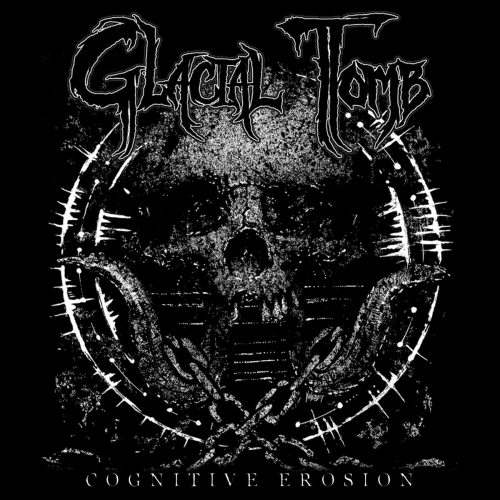 Glacial Tomb are based in Denver, with a line-up consisting of current or former members of Khemmis (Ben Hutchinson), Abigail Williams (Connor Woods), and Cult of the Lost Cause (Michael Salazar). Their debut EP Cognitive Erosion was released digitally in April and has now been released on limited edition cassette by the new Denver imprint, Old Cathedral Cassettes.

The music is a genre-bending amalgamation that includes elements of black and death metal, grind, and sludgy doom. Its low end is enormous, and the huge, gravel-throated weight of the music becomes especially destructive when the band lock into pounding grooves and chugs. In fact, the EP should come with a SEVERE NECK SPRAIN warning.

But the band are also adept at full-throttle ripping, rampaging, and grinding — and at building atmospheres of both demented fury and  despondency (the final track is deeply melancholy, beautiful as well as wrenching).  The vocals are seriously larynx-shredding; the pacing is quite dynamic; and the instrumental performances are impressive. Excellent stuff here.

Bandcamp (for digital and cassette):
https://glacialtomb.bandcamp.com/ 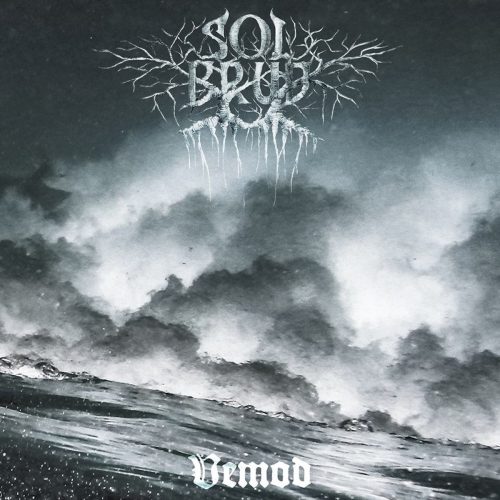 SOLBRUD (AND A VENDETTA COMPILATION)

Vendetta Records has assembled an impressive roster of bands, as abundantly demonstrated on a new compilation that includes tracks from 10 of them. I’m only going to discuss one here, because it comes from a just-released album, but you should definitely listen to all 10 tracks when you can.

The song I’ve selected is “Besat of Mørke” by the Danish band Solbrud. It’s drawn from their third album, Vemod, which was released by Vendetta on June 9. It’s an emotionally intense and atmospheric song, with a piston-driven drum rhythm, caustic vocals, and a high, heart-bursting melodic refrain that straddles a line between exultation and grief. When the pacing slows, it becomes stately and majestic, leading into a beautiful extended solo that weeps and soars as the intensity builds again.

It’s a remarkable song, the kind that’s capable of sweeping up listeners and carrying them away.

P.S. The entire Solbrud album is amazing; you’ll find a Bandcamp link to it below. 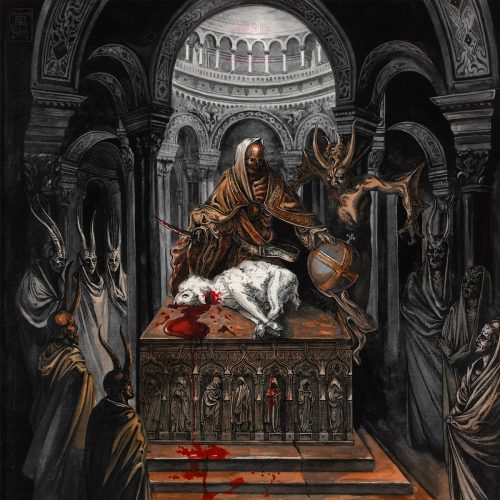 Dommedagskvad is the debut album by the Norwegian black metal duo Whoredom Rife. It was released by Terratur Possessions on June 10 (but is also available from Dark Descent). Like other releases in this post, I’m only commenting about one song despite the availability of the entire album — though the entire album is very, very strong.

“Beyond the Skies of God” is an atmospheric song built on a magnetically attractive melody that’s introduced immediately, yet it also surges with hard-driving energy and burns like a wildfire. Like the Solbrud song above, the melodic core in this one manages to be both despairing and ecstatic, plumbing the depths of desolation and also gliding toward the sun. There is also a passage near the end, introduced by an acoustic guitar melody, that’s absolutely magnificent in its mixing of grandeur and gloom. 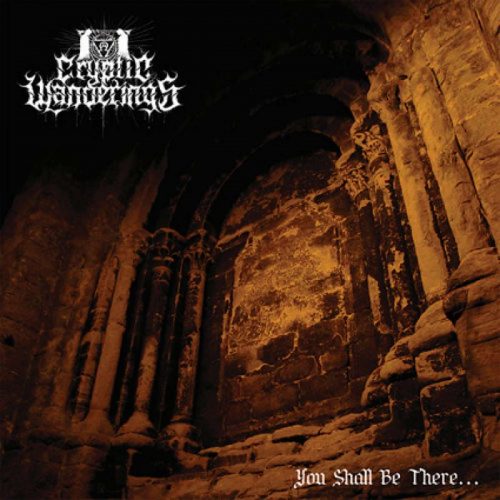 Forever Plagued Records will release the debut album of the Spanish band Cryptic Wanderings on June 30th, the name of which is You Shall Be There… Cryptic Wanderings is a quartet whose line-up includes members of Empty and Ataraxy, as well as Italian drummer Gionata Potenti (Blut Aus Nord, Darvaza, Enepsigos, Frostmoon Eclipse, and many more).

So far, one track from the album, “A Herald Of Atrocities“, has been released via Soundcloud and a recent YouTube video. The grim, rising and falling melody in the song gets its hooks in damned fast, and the contrast between that and the deep boom of the bass and the drums is quite effective. The incipient air of derangement in the music boils over as it unfolds, aided by the maniacal cries and searing banshee shrieks of the vocalist, a shrill, moaning guitar lead, and a skittering fireball of a solo. 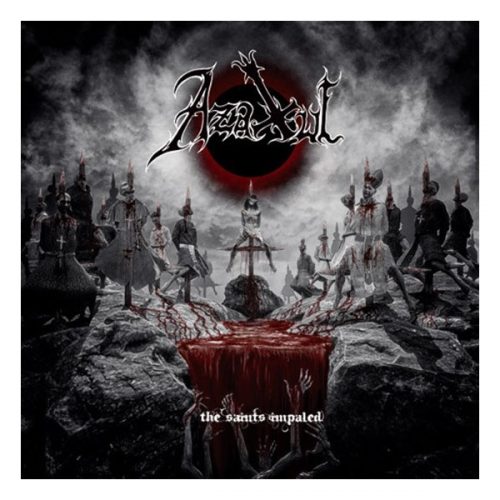 The German band Azaxul released their first demo in 1997, but few recordings have been released since then. A debut album named The Fleshly Tomb appeared in 2016 (which I haven’t heard), and last month Misanthrophia Discos released a second full-length named The Saints Impaled — which I also haven’t yet heard in full.

What I have heard from the new album is a track called “In the Moors“, which was first recorded on a rehearsal tape by the band Moonblood; vocalist/guitarist Azaxul was a member of that band before it split up. On this new Azaxul album, he’s joined by drummer Wolfen (ex-Demoniac).

This variably paced song has a depressive and poisonous atmosphere, an aura of calamitous despair mixed with rampant insanity. The song’s intensity is pushed hard by Azaxul’s tormented goblin snarls and shrieks and by the periodic eruptions of pummeling percussion and seething guitar, while the waves of glimmering melody in the mid-paced sections give the song an epic cast and a mythic sweep. Dramatic and wholly immersive music, both beautiful and ugly, and very memorable.