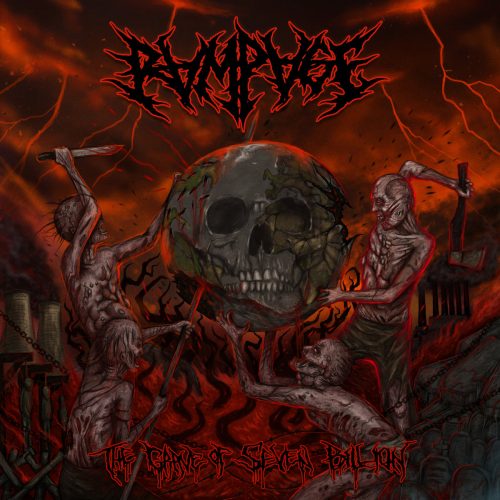 The Grave of Seven Billion is the name of the new album by the Russian metal band Ram-Page, and it’s a name that would seem to reflect a fairly unkind view of our planet, or at least the swarms of people who crawl upon it (as if you couldn’t tell from the death’s-head globe being clubbed and slashed on the album’s cover). The music isn’t very kind either, as you’re about to discover, but it sure is electrifying.

What we have for you today is the premiere of a song from the album named “The President“, along with streams of two previously released tracks. Those three and seven others make up the album, which is the band’s fourth full-length. It will be released on June 30 by the Belarusian label GrimmDistribution. 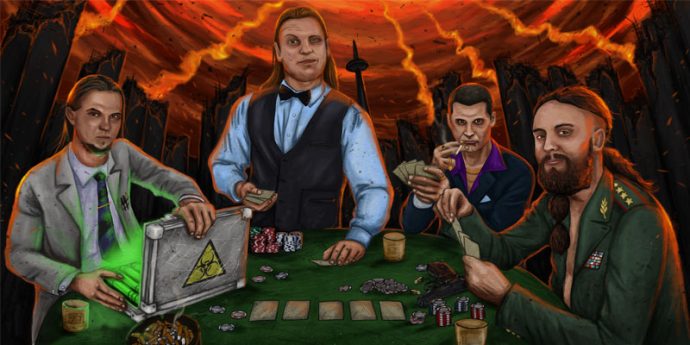 “The President” lives up to the band’s name, as well as the album’s unkind title. It is indeed a rampage of brutal, swarming death metal laced with thrashing gallops and brandishing a full arsenal of seething, jabbing, head-clubbing riffs. The fretwork is blazing fast, the drumming goes like an automatic weapon, and the roaring guttural vocals are merciless. There’s also a flickering little guitar measure that surfaces at the beginning and end of the song that screws itself into your head (while the rest of the song is taking your head apart).

The cover art for the album was created by Artur Ryabov (Art Of Gore). Guest lead-guitars were performed by Pavel Zhdanovich from Arida Vortex. Pre-order and social media links can be found below, along with our stream of “The President” and those two previously released tracks, “Betrayer” and “Sanctions” (which is a free download at Bandcamp).