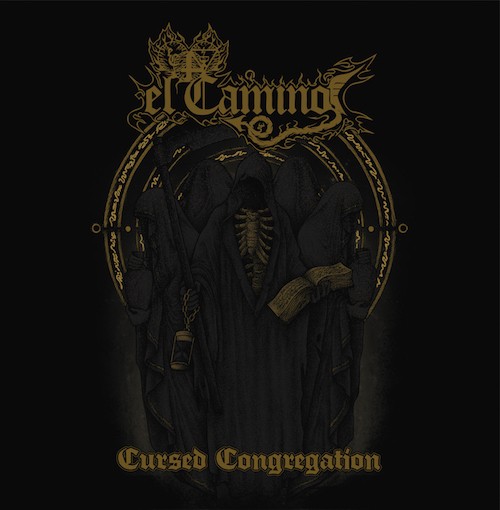 Four years on from the release of their last album, Gold of the Great Deceiver, the Swedish band el Camino are returning with a new one named Cursed Congregation, which is set for a July 2nd release by Night Tripper Records. In April the band delivered a two-track single of music from the album (Stars and Silence), and today we have another new song for you, this one named “Crooked Wand“.

If this is your first encounter with el Camino, prepare yourselves for a very interesting discovery. “Crooked Wand” casts a spell of mystery and menace, incorporating differing musical traditions (including doom, black metal, and heavy rock) in a way that both mesmerizes and chills the skin, drawing the listener into the presence of what might be a ritual summoning of some unseen and hungering terror. 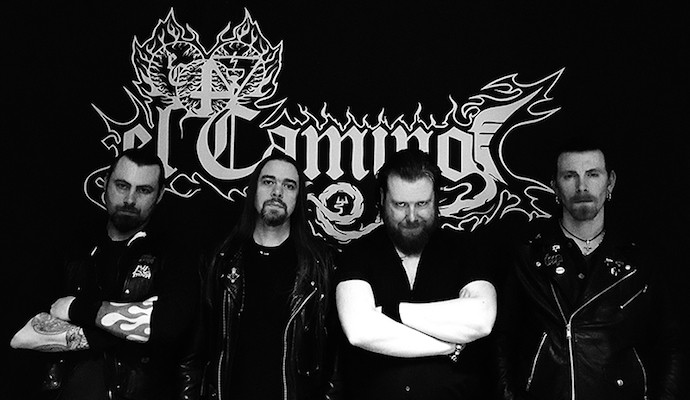 The band waste no time revealing the slow, indigo-shaded melody that is the core of the song’s magic, and that becomes increasingly enthralling as the guitarists elaborate upon it as the minutes pass. It’s an ominous, brooding theme, tinged with venom, that you won’t soon forget, especially after the pair of melodic solos that send it soaring into “epic” territory, like gouts of flame rising from a bonfire into a midnight-black sky.

Apart from its atmosphere of arcane sorcery and chilling dread, “Crooked Wand” is a very heavy song, thanks to the crushing drum rhythms and the gravel-chewing bass lines. And the ritualistic character of the song is due in no small part to the fervor and fierceness of vocalist D’s howls, snarls, and burning cries. Yet it’s that ensorceling melody as performed by guitarists JS and NH that gets its hooks in deep and won’t let go.

Below we’ve provided the stream of “Crooked Wand“, as well as the stream of that two-track single released in April. Look for Cursed Congregation on July 2nd, and for info about how to order the album as the release date approaches, watch these spaces:

One Response to “AN NCS PREMIERE: EL CAMINO — “CROOKED WAND””