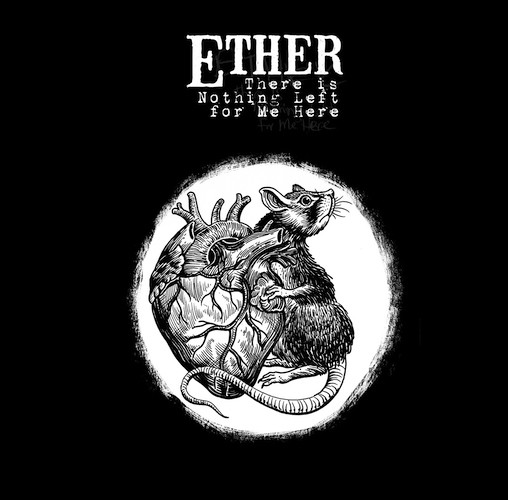 Some people are tough, some are fragile… or so we think, though it’s closer to the truth to say that everyone is tough and fragile, alloyed in different degrees, and varying with our changing circumstances. And no one would deny that the human condition is perilous, given to challenging our toughness and sometimes breaking us apart when we least expect it.

Sludge isn’t the only metal genre that grapples with these low points, but as a vehicle for expressing the crushing blows that life can deal out and providing a catharsis for their emotional impacts, it can be among the most powerful. Ether’s second album, There Is Nothing Left For Me Here, is in that category. It is also full of unexpected musical textures, and also glimpses of beauty within the desolation and sense of abandonment that hang heavy over the very heavy songs.

The album will be released tomorrow — July 7th — and we have a full stream of the music for you today. 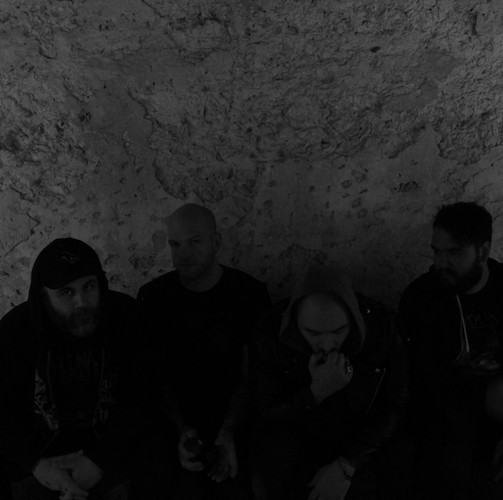 For those new to Ether, they are a five-piece band based in Florida. In this new album, they accent their music with instruments you’ll rarely find in a metal ensemble — such things as a banjo, a toy piano, a violin, and a gong — and by vocals that are clean and clear, as well harsh and violent.

There’s a hardcore influence in some of Ether’s changing moods and modes, a hard-slugging, brawling physicality that comes when the tempo flares in a fury. In slower gears, the band pull the listeners down into a nightscape of haunting doom, with heart-aching melodies and a banishment of all hope. In between, they’re capable of just methodically pounding the bejesus out of you.

All of the songs make course changes, some more dramatic than others. The longer ones, such as the opener “For Every Nail, A Noose”, take the listener on the most varied trips, but every track is a kind of adventure — and that’s part of what makes the album so gripping, all the way through.

As noted above, There is Nothing Left For Me Here will be released on July 7th — on CD, cassette, vinyl, and digital formats — by the band’s own label, Dead Truth Recordings. The album was engineered, mixed, and mastered by Daniel “Iceman” Colombo. The illustrations for the album were created by Mark Willis.

Ether are heading out tomorrow on tour. Catch them if you can. Here’s the schedule: