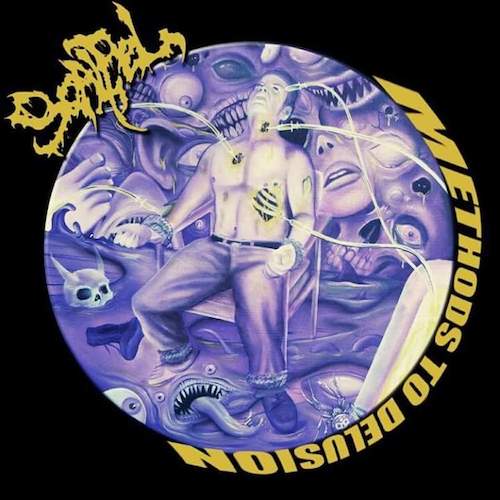 “Death Metal is a visceral art that is dependent upon the extreme dedication of its loyal fans. We have no other purpose but to deliver a version of this art to those same fans like us, whose lives have been claimed by the likes of SUFFOCATION, CARCASS, and DEATH. It is in this vein that we construct our own brutal dirges, devoid of genre restriction and eager to explore the darker realms of music.”

And with those words, the flesh-eating New England morticians who call themselves Scalpel introduce their second album, Methods To Delusion, which was engineered by none other than Colin Marston (Gorguts) at the esteemed Thousand Caves Studios. It will be released by the band on July 25th.

Thematically, the album could roil strong stomachs, painting imagery of “crusted severed toes nailed to walls; humans covered head to toe in needles administering horrific psychoactive chemicals; an infant’s head being turned to apple sauce on a kitchen counter’s edge”, and other macabre grotesqueries. As for the music, we have some samples for your not-so-tender ears, including our premiere of “The Woodsman (Part 2)“. 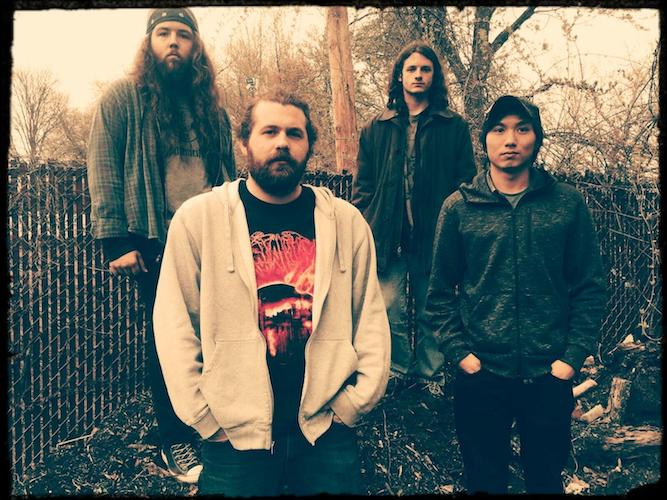 This newest track functions as a sequel to one called “The Woodsman” from the band’s 2013 debut album, Sorrow and Skin. It is a brutal piece of butchery, but an exciting piece of bloodwork as well. It’s a jet-fueled rampage, and its berserk speed showcases the band’s formidable technical chops. But the man mission of the song isn’t to function as some whiz-bang display of tech-death. All that technical frenzy is designed to amplify the psychotically slaughtering through-line of the music.

With the vocals veering between a guttural roar and hair-raising howls, and the drums pummeling and clattering at a frantic pace, the riffs move through changing progressions, punctured by freakish arpeggios, which include bouts of serrated jittering as well as jolting hammer blows that lock the song into a groove. As was true on the band’s debut album, the song also includes an attention-grabbing guitar solo — worm-ridden and queasy at first and then transforming into a face-melting eye-opener. Put it all together, and you get something like a big dynamo whose motor is about to explosively overheat, with monsters riding the currents.

Pre-order info is below, along with our premiere, and as an added bonus we’re including a Bandcamp stream of three previously released tracks — “The Cleaner”, “Labors of Loathing”, and “The Stink”, preceded by the full mouth-watering track list.