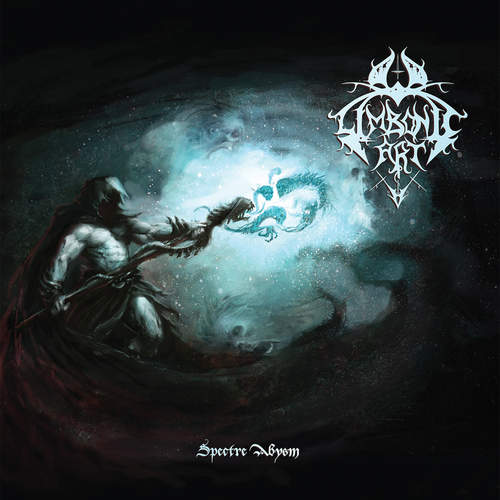 (Norway-based NCS contributor Karina Noctum usually brings us interviews, but this time it’s a review — of the eighth Limbonic Art album, the first one in seven years.)

Limbonic Art is a Norwegian Black Metal band formed in 1993 that blends melody with the melancholic pace and ambient elements of Funeral Doom. It is now the solo project of Daemon (Zyklon) project, and one of my favorite one-man bands.

I discovered Limbonic Art 15 years ago. I was drawn to the cover of Moon in the Scorpio, a beautiful artwork, at the music store and ever since then I’ve been following every new release. I like the fact that it is melodic but not the kind of annoying melodic that wears you off.

Every release has a distinct nature that keeps it interesting, from the devastating, relentless, tight, and fast-paced music of Ad Noctum – Dynasty of Death to the more experimental and varied sound and ambience of In Abhorrent Dementia. Every album is different and yet each one carries the Limbonic Art mark.

Their latest album Spectre Abysm is perhaps one of the albums that remind me the most of the band’s first album, Moon in the Scorpio. The grandiose dark and ritualistic ambience of the early days is combined with excellent guitar and bass work and awesome layered vocals, all firmly framed in the Norwegian BM style. 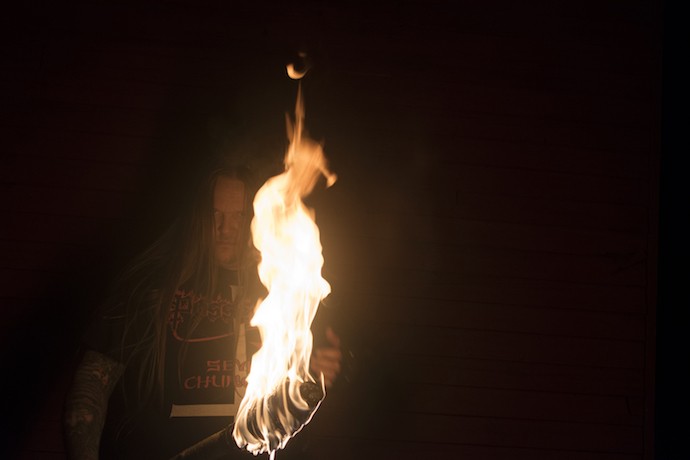 Spectre Abysm starts ominously with “Demonic Resurrection”. The song builds up first, giving the album a grand opening. The cleans here are pretty Norwegian folk-like and blend well with the riffs, which in this instance lean toward Black Thrash. After a good dose of an energetic display of guitar virtuosity the song transitions into darker and colder soundscapes. A voice reminiscent of Attila’s leads us into the song’s outro, which is a cornucopia of different vocal styles interwoven with Moon in the Scorpio-like melodies.

The beginning of “Ethereal Traveller” beginning reminds me slightly of Ulver actually. It is mid-paced (taking into account what “fast-paced” means when it comes to Limbonic Art) until it halts and transforms into an echoing, bass-led funeral doom sequence. Ii is interesting to hear how the bass wraps up the riffs, but this change of musical focus doesn’t last long, and the song picks up back where it was left, right back into Black Metal. You have enough time to appreciate the weird funeral doom effects yet not become bored by the slow pace.

“Omega Doom” is a natural follow-on for “Ethereal Traveller”, pretty much in the same vein but perhaps a bit more old school and thrashy. The song changes midway and the thrashy sound fades, the music becoming a bit prog, a modern sound if you like. This is an awesome development because it makes the song original and interesting, as a break with commonly known song patterns. It’s a kind of musical time travel in one song. The sound of the organ in the outro here contrasts with the rest of the track and serves as a transition to what’s to come . All in all, a pretty interesting song that will keep the listener interested.

The song title “Requiem Sempiternam” is itself a hint of what to expect, “requiem” being associated with ritual prayers for the deceased, and “sempiternam” meaning eternal or everlasting. It is in the style of funeral doom, and you can kiss good-bye the thrashing energetic rhythm for a bit and plunge instead into melancholy and despair. Screams full of anguish, the slow agonizing pace, and the beloved demonic growls are all there!

I happen to like melancholy and despair, and the more overwhelming, the better. Limbonic Art surely knows how to give you that overwhelming feeling, aligning both instruments and vocals for that purpose. It’s of course a brief respite before the band continue with “Triumph of Sacrilege Moon”, that will not give you any surprises as you indulge in BM blasting. 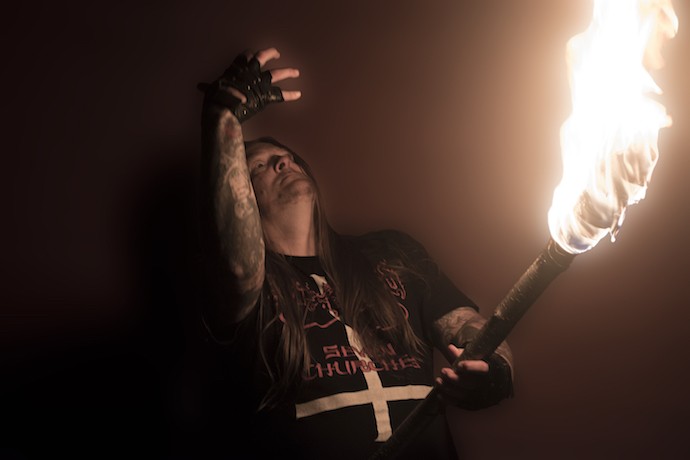 “Disciplina Arcani” is the coolest of all the songs on the album; it took me right out of my room and straight to Dol Guldur. It was like being transported to a dark ritual taking place in the midst of Mirkwood on a stormy night. I really like bands who are able to do that, to generate mental images through their music. That’s the kind of demonic atmosphere that is hard to find nowadays. Limbonic Art’s demonic ambiences are well-crafted and cinematic. Towards the end it reminds me of Neptune Towers (an ambient side project of Fenriz) by creating a kind of vast, deep-space feeling. The whole album is ultra Norwegian down to its details. It’s a dark delight!

The intro in”Through the Vast Profundity Obscure” seems kind of inspired by Mayhem’s “Silvester Anfang” inspired, or the drums of Khazad Dum if you want. The guitar work here is excellent and it will just make you come back for more after you have finished the album. Again, the multiplicity of vocal styles are layered to create the ambience. All this gives the song lots of depth. Its intricacy deserves lots of listens.

It is an excellent album! And a must if you are interested in the Norwegian BM scene and its wide variety of musical possibilities.

Spectre Abysm was released by Candlelight/Spinefarm on July 7, 2017.