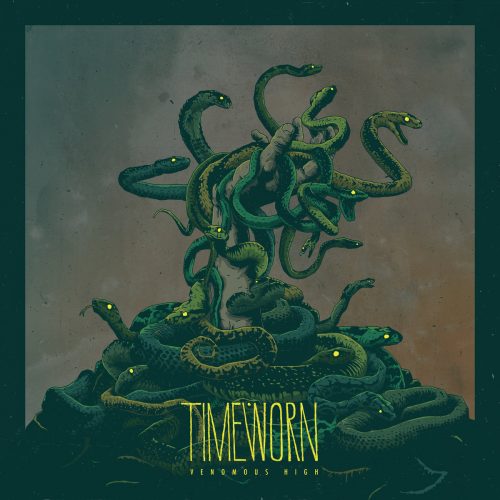 Do you ever feel like Mastodon have gone too mainstream?

That The Ocean (Collective) were better before they got lost up their own prog-hole?

That Burst were the best band no-one’s ever heard of?

Well then, do I have an album for you! 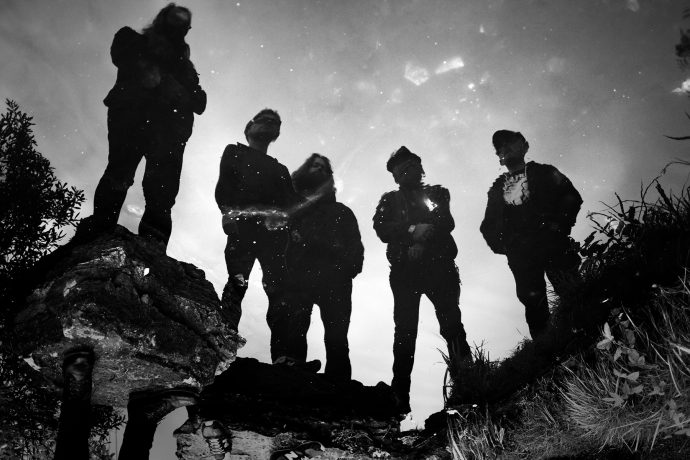 Hailing from the chilly northern metropolis of Oslo, Norway, Timeworn are a Prog-tinged and atmosphere-heavy Sludge/Post-Metal quartet whose new album has rapidly found itself in contention for one of the highly coveted spots on my year-end list(s).

From the enigmatic ebb and flow of opener “Measure of Gold” – which moves back and forth between sections of eerie, ambient melody and heaving metallic crunch – all the way to the brooding bombast of the climactic title-track, Venomous High packs in more hooks than a local abattoir, and more riffs than a Netflix comedy special.

The vocals are delivered with guts and gusto throughout, switching smoothly between a moody melodic croon and a gritty, glass-gargling howl strongly reminiscent of Himsa’s (RIP) John Pettibone, while the guitars whip up a storm of righteous, ruthlessly infectious, riffery (the chaotic, Hardcore-inflected “All Chiefs”, the Mastodon-esque “Ur Syntax”), ominous, doom-laden atmosphere (“Black Peak Blues”), and dark, predatory grooves (“The Infectious Gloom”, “Night of Owls”), all interspersed with moments of melancholy beauty and some shamelessly grandstanding, progged-up lead work, with the heavy bottom end locked down tight by the enviably talented rhythm section of Svein (bass) and Fredrik (drums).

Any criticisms are, truth be told, pretty minimal, with the occasional obvious crib from Remission/Leviathan and the slightly momentum-killing misstep of “The Trail” being the main offenders in this regard, and the album as a whole passes with absolutely flying colours regardless of these minor caveats.

So if you’re still struggling to fill the void left by Burst’s dissolution, or the absence left behind in the wake of bands like Mastodon and Baroness departing for more melodic (and mainstream-friendly) pastures, then do yourself a favour… get yourself a copy of Venomous High (and it’s almost equally great predecessor, Luminescent Wake) as soon as you can.