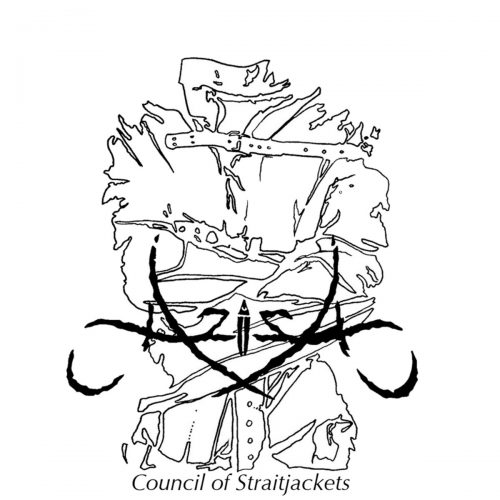 By their own account, Minneapolis-based Aziza play “Thunderpunk”, combining “sludge, hardcore, and heavy metal”. “We play buttrock for the thinking man’s metal head,” they say. I get where they’re coming from, but I also think they’re understating the exuberant inventiveness on display in their new EP, Council of Straitjackets, which is being released today — and which we’re premiering in this post.

No doubt, the music is heavy — it’s brawny and bruising, venomous and vicious — but it’s also brain-scrambling and occasionally hallucinatory. I had visions of a brutish thug performing a nimble, bounding floor routine at a gymnastics meet while clubbing the competition and then showing his appreciation for the judges by sinking his teeth into their jugulars. 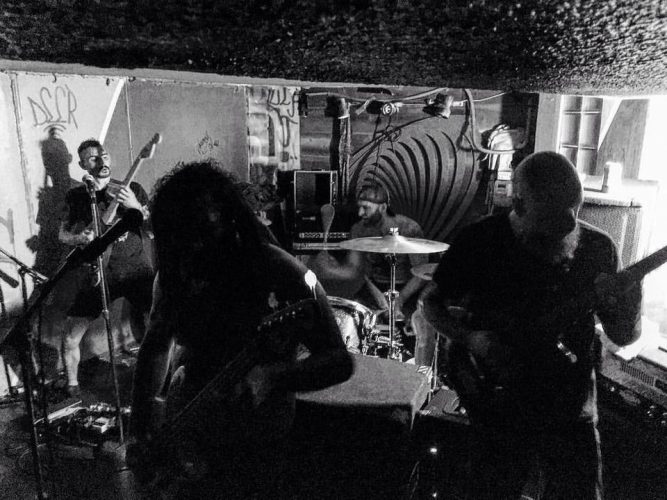 While it’s true that sludge and hardcore are prominent parts of the band’s musical DNA, the EP is a whirling blender of other ingredients as well, including (as I hear it) math-rock, progressive metal, thrash, and a persistent resistance to being pinned in any one place for very long.

The heft in the music comes from a sludgy bass tone and battering drumwork. And there are plenty of moments when that rhythm section helps turn the music into a hammering, chugging, jolting juggernaut. But they’re just as likely to throw the listener off-balance with unexpected and unstable twists and turns and somersaulting flourishes.

Meanwhile, the guitarists are spurting out darting, off-kilter leads, demented solos, and riffs that range from jittery to swirling and swarming (and skull-cracking), and the vocals are emitting a blend of gritty death roars and scalding banshee shrieks. And just when you think you’re beginning to figure out the methods in this madness, they hit you with “The Rack”, which not only jumps around like a madman but is also slow, ominous, and bereaved, with a luminous guitar melody that glides into your head and stays there.

What a very interesting (and unnerving) trip this is… and one I hope you’ll enjoy as much as I have. 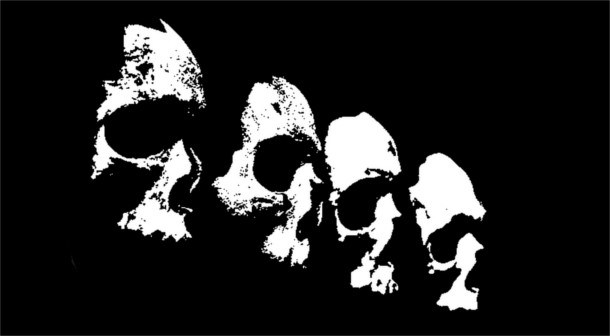 You can join this Council of Straitjackets on Bandcamp, where it’s available right now.