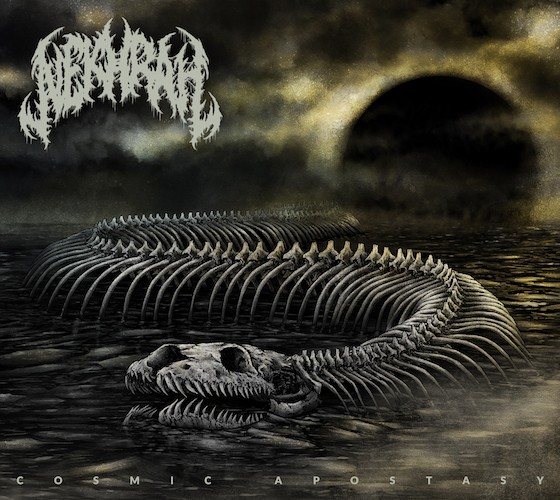 On September 29th the death metal band Nekhrah from Cyprus will release their debut album Cosmic Apostasy, and today, on the eve of their performance at Power of the Night Festival, we bring you the premiere of the album’s vicious and virally infectious title track.

Nekhrah was previously known as Impalement. We’re told that their current name is an Anglicised version of the Greek word “Νέκρα”, which means “death” or “deadness” and/or “emptiness” in Greek.

Consistent with that name, we’re further told that the band embrace a nihilistic philosophy, “the belief that existence is meaningless and that there is no inherent meaning in anything we do, think or experience”. Similarly, the lyrics are devoted to “misanthropy, cataclysm, self-destruction and a desire of non-existence”. In the band’s words, “Humanity is but a herd of ritualistic apes that congregate to ceremonialise their own insignificance”.

While we have no reason to doubt any of that, the song we’re hosting today is explosively vibrant — undeniably dark, but a hugely compelling experience nonetheless. 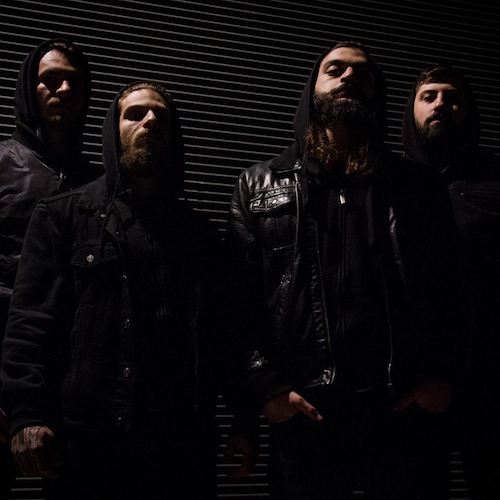 Nekhrah waste no time at all digging their hooks into the listener’s head, launching the song “Cosmic Apostasy” with a jagged, jolting, pulsing riff. They also waste no time introducing you to the visceral strength of their rhythm section, with a gravel-crushing bass and a booming drum tone you can feel in your core, delivering punishing, compulsive grooves.

As immediately riveting as that opening riff is, there are more to come. Following a bass-dominated bridge, another riff surfaces, lashing and braying at the listener, and after another bridge the band punch the accelerator and begin to thrash in electrifying fashion — before slowing to a methodical stomp laced with an Eastern, viper-like melody. When that opening riff returns again at the end, bringing the song full circle, it’s like an invitation to repeat the whole song without delay… which is exactly what I’ve been doing.

As icing on the cake, the vocals are downright savage, the lyrics voiced in scarring howl that rises to an incinerating, skin-splitting shriek.

Cosmic Apostasy was mastered by Alan Douches of West West Side Music. The artwork of the album and the design of the band logo was done by Maciej Kamuda. For more info about the release, follow Nekhrah on Facebook:

One Response to “AN NCS PREMIERE: NEKHRAH — “COSMIC APOSTASY””