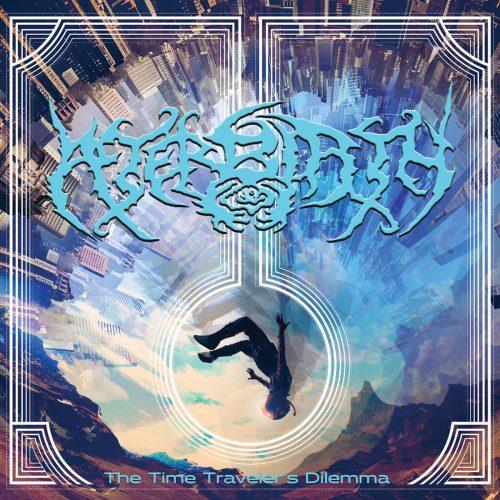 (Our old and good friend from the Dominican Republic, Vonlughlio, prepared this review of the new album by the Long Island death metal band Afterbirth, which will be released on July 28 by Unique Leader Records.)

Work has been killing me for the past few weeks and I’ve been meaning to write a review for one of my favorite BDM bands from Turkey (which I will eventually do). But thanks to the Big Boss Islander, nope, that would not be the case.

He reminded of an article he posted about a song by the band Afterbirth and suggested that I should give it a listen. Big Boss thought I might like it. He never is wrong, but in this case when I saw the cover, I was worried to say the least. Why, you might ask? It’s not a bad cover (yes, not bad). It’s just me. I’m a bit complicated when it comes to artwork.

Well, Islander, you were right, I ended up loving the song. I would also like to take the opportunity to say thank you for letting me do a small write-up of their album, The Time Traveler’s Dilemma. I was not familiar with their demos or EP, so I decided to check what I could find on YouTube and then listen to the full-length. 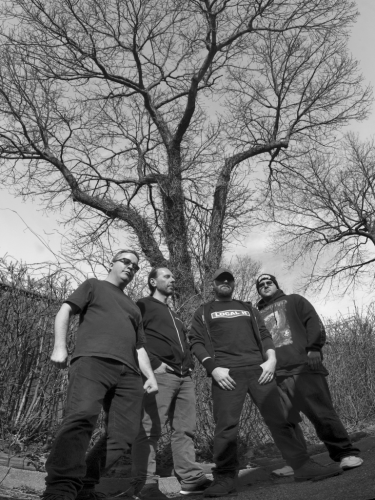 This album for me is quite the big surprise, and I listened to it more than 4 times before I started writing. One aspect that stands out is how organic it all sounds, and you can listen clearly to all the instruments. The musicians have crafted a well-balanced release that has Brutal, Technical, and Death/Prog elements in the mix. Mr. Drasser (Guitars), Mr. Harris (Drums), Mr. Case (Bass) — I must say that your talents shine in his release.

For me it was a guitar/bass-driven release. Very on-point and catchy riffs, and the bass (an unsung hero!), when it comes up in a specific section of the songs and then fades (if that makes sense), is done perfectly.

The drums are handled with precision and effectiveness, giving more depth to the songs.  As mentioned in the previous article, the new singer Mr. Smith (Artifical Brain) puts the BDM effect into the sound with his growls and gurgles, and I must admit that my bowels were loosened. I really enjoyed his vocal patterns in each of the songs — simply mesmerizing.

This is an album in which even the instrumentals are well placed (Tracks 4, 6, 9, and 11). The first one starts with only the guitar and progresses with bass and drums — as if you have reached the end of a chapter, paused, and moved on to the next.

Overall, The Time Traveler’s Dillemma turns out to be one big surprise, and their release now holds a special place for me in 2017. I hope that Afterbirth continue to create music in the future. It will be interesting to hear the next chapter.

Be sure to give it a listen and support the band:

One Response to “AFTERBIRTH: “THE TIME TRAVELER’S DILEMMA””