Last November Everlasting Spew Records released one of 2016’s best EPs, the self-titled debut release by a Portuguese black metal band named Gaerea. We featured music from that EP repeatedly at our site, both before and after its release (including a post in which we named “Void of Numbness” to our list of the year’s “Most Infectious Extreme Metal Songs“).

As promised last fall, Everlasting Spew is now releasing Gaerea in a vinyl edition — and the vinyl includes a bonus track that doesn’t appear on the earlier CD and digital versions. That track is “Endless Lapse“, and it’s our privilege to premiere not only the song but also a riveting video through which the music is presented. 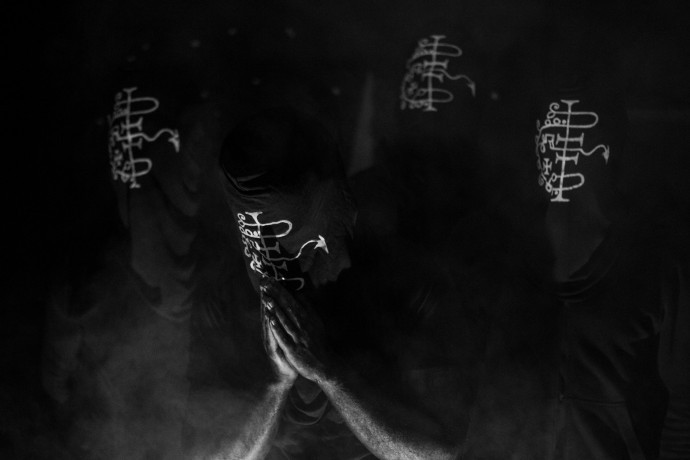 “Endless Lapse” is a thoroughly gripping song, its power deriving not only from the emotional intensity of the music and the vocals but also from the staggering force given the sound by the production.

The track surges and boils in tumultuous storms of blasting drums, searing leads, and the raw, explosive vibrancy of the vocals, which seem to manifest both crushing despair and revelation. Through those surges of obsidian strength, waves of dark melody cascade like tides on the shore of the void. The band also bring the fury down in slower passages, in which the melodies become even more terribly hopeless, but also more spellbinding.

The beautifully produced video is also spellbinding… itself a cascade of mysterious, haunting, and ominous images that mesh magnificently with the atmosphere of the music. 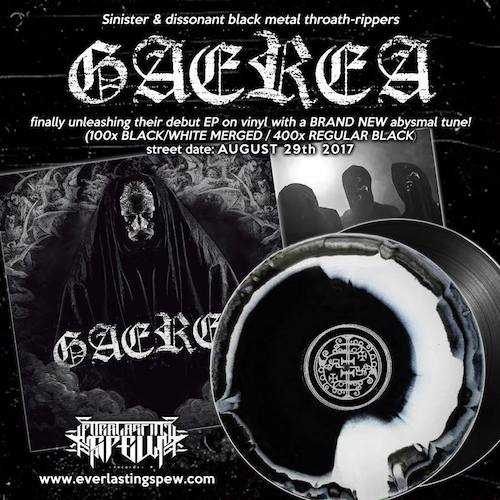 To order Gaerea, check the links below.