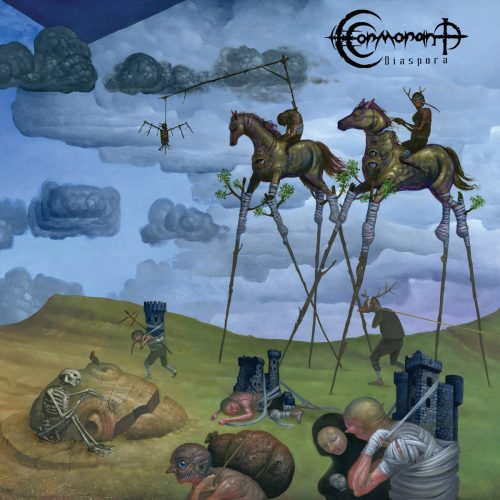 On August 11, Cormorant will release their new album Disapora. We are fortunate to bring you the premiere of a full album stream today, preceded by a review of the album by Andy Synn.

Let’s begin this review with a quick history lesson, shall we?

Back in 2012, shortly after the release of the band’s stunning second album, Dwellings, long-time Cormorant bassist/vocalist Arthur von Nagel elected to leave the band to pursue a career in video-game design.

Although this parting of ways was entirely amicable, many fans were understandably concerned that the loss of von Nagel’s distinctive voice and signature bass sound would undercut the band’s growing momentum and still-burgeoning creative potential.

Thankfully, 2014’s Earth Diver – which saw the debut of new frontman Marcus Luscombe – quickly put to rest any lingering doubts and fears about the band’s future, repositioning the group as a much more overtly “blackened” affair, and proving that change doesn’t always have to be a bad thing.

Now, three years later, it seems the quartet are set to raise the bar even further with what is, quite possibly, their most extravagant and ambitious album yet. 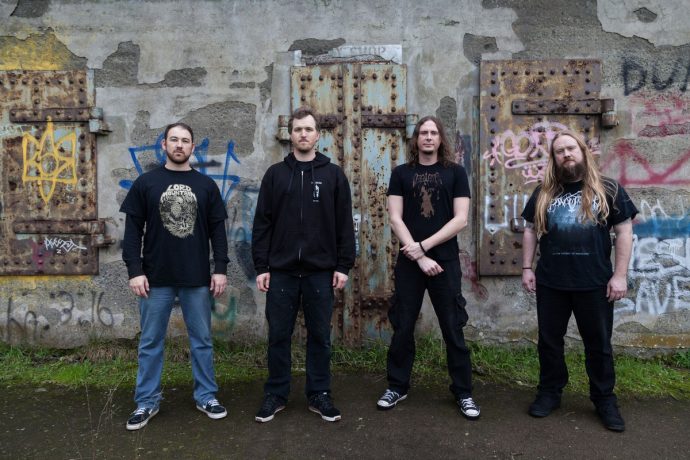 Whether it’s the feverish, chaotic drum work and snarling vocals of “Preserved In Ash”, or the doomier, proggier strains of “Sentinel”, Cormorant rarely (if ever) seem content to simply rest on their laurels, and each of the four tracks which make up this album are absolutely packed with a wealth of unexpected twists and turns – moving swiftly back and forth between moments of ferocious blasting, moody melody, grandiose riffery, and ominous atmosphere – all designed to keep the audience on their toes and to prevent them from ever becoming too comfortable or complacent.

As a result, Diaspora can be a challenging, even demanding, listen at times. At just over an hour in length it certainly isn’t for the faint of heart, and requires a solid investment of time and mental energy from the listener to appreciate fully, but this devotion is ultimately rewarded tenfold with one of the most diverse and dynamic musical experiences of the year.

Because, as undeniably clever and progressive and (sometimes bewilderingly) complex as this album can be, the band haven’t lost touch with their primal metallic roots, and are always careful to reel you back in – with a bold, bombastic riff, a savagely infectious vocal hook, or a soaring harmony (or even all three in quick succession, as is the case during “The Devourer”) – at just the right moment, so as to perfectly balance out their more progressive proclivities with some good old fashioned blood and thunder.

And nowhere is this balancing of artistic ambition and compelling composition more apparent than during the album’s fourth and final track, the epic (and I mean that in the classical sense of the word) “Migration”.

From humble beginnings the song soon develops into a dark and doom-laden odyssey of brooding riffs and mercurial melodies, visceral growls and sublime, clean-sung harmonies, taking the listener on a captivating twenty-six minute journey of moody melancholy and electrifying intensity that pulls together all the separate strands of the band’s sound into what may very well be the defining moment of their career so far.

But don’t take my word for it – we’ve been lucky enough to score an exclusive preview of the entire album in advance of its release this Friday, so feel free to check out the whole thing below and let us know exactly what you think.

Diaspora will be released independently on 2xLP, CD, and digital formats on August 11th, with US and European distribution through War Crime Recordings.

4 Responses to “AN NCS ALBUM PREMIERE (AND A REVIEW): CORMORANT”