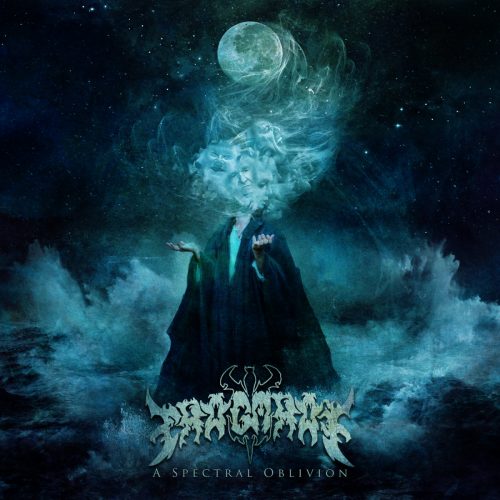 You may wonder about the meaning of the Greek word “phaneron“, as I did when I saw it in the title of the song we’re about to premiere. As one writer has put it, “The phaneron is essentially the real world filtered by our sensory input (sight, hearing, touch, etc)… the collective total of all that is in any way or in any sense present to the mind, quite regardless of whether it corresponds to any real thing or not.” You might then further ponder what it might mean for the phaneron to be eclipsed.

While you think on that question, listen to the song, which is quite a mind-bender in its own right. It’s by a band from New Delhi, India, named Fragarak and it comes from their imposing new double-album A Spectral Oblivion, which will be released by Transcending Obscurity India on October 30.

A Spectral Oblivion is the band’s second full-length, and it’s an ambitious 85-minute concept album “centered on a tragic tale narrated from a lunatic’s perspective”, intended “to reveal the darker realms of human thought patterns and create an empathetic outlook on disordered mental thinking, which is known to plague most cases of mental health conditions seen in contemporary generations”.

As only a single track on an 85-minute album, “The Phaneron Eclipsed” is of course just the tip of a very large iceberg, but even considered in isolation it’s a marvel (and not a short one either, at more than 10 minutes long). A multifaceted piece, it reveals its changing faces gradually at first, and then in a jolting rush, moving from sublime acoustic strings and spectral clean voices into a racing gallop marked by fleet fretwork, rapid tempo changes, and mercurial arpeggios.

There’s an ethereal component to the music even when it’s proceeding at a hurtling pace, but the band return to more pronounced meditative states later in the song, with a classically influenced acoustic guitar instrumental and whispered words providing a break from the wild, bestial vocals that predominate and the head-twisting instrumental fireworks. When the fireworks begin again, the song’s melody soars, even as the intricate instrumental performances become even more explosively frenzied and technically eye-opening.

Pre-order A Spectral Oblivion via the Bandcamp link below.

5 Responses to “AN NCS PREMIERE: FRAGARAK — “THE PHANERON ECLIPSED””