Non-blog life is rapidly encroaching on me, so I’m forced to make this round-up short. But it’s sweet. It’s short but sweet. I just made that up… pretty good expression, don’t you think?

For me and many others, The Grim Muse by Poland’s In Twilight’s Embrace was one of 2015’s highlights — a multifaceted and uniformly strong melodic death metal album loaded with fantastic riffs, memorable lead-guitar melodies and solos, powerful performances by the rhythm section, and absolutely ferocious vocals. We had the privilege of premiering the full album stream, and then last year we also debuted a full stream of their next release, an EP named Trembling that also consisted of tracks from the recording session for The Grim Muse.

Today I was excited to learn through an announcement at DECIBEL that the band’s fourth album, Vanitas, will be released on September 22 (through their longstanding label partner Arachnophobia Records). At the same time, DECIBEL premiered a track from the album named “The Hell of Mediocrity“. 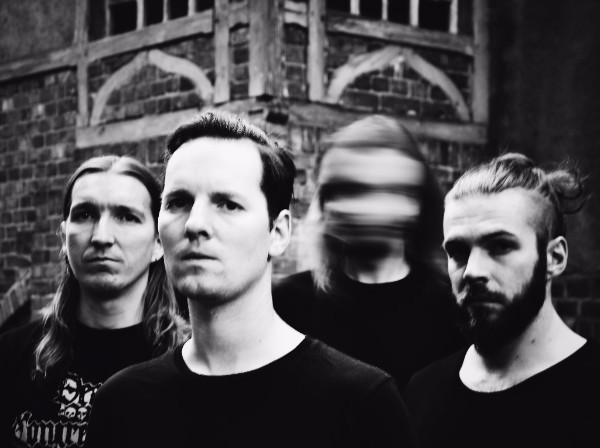 I like this song a lot, but I’m not surprised that I do. It is, on the one hand, hard-driving and pulse-pounding — barbarous, thrashing, blasting, and bombastic, with a really fiery and vicious vocal performance. On the other hand, it also includes a cascading keyboard layer and a swirling guitar melody that’s almost uplifting and bright. And on the third hand (what? I thought everyone had three hands!), it also includes strains of melancholia.

I was already anxious to hear the album, and now even more anxious. It will be released on CD and vinyl. Go HERE to listen (the stream is exclusive to DECIBEL). 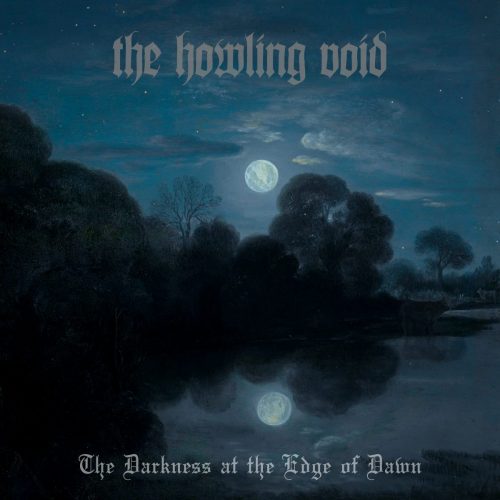 We have some history with The Howling Void, too. In 2013 DGR gave a very positive review to this one-man funeral doom band’s fourth album Nightfall, and last year he also praised the fifth album, The Triumph of Ruin. Happily, I can now share the news that The Howling Void’s seventh album, The Darkness at the Edge of Dawn, will be released this fall by Avantgarde Music.

Below you can check out a lyric video for an advance track named “A Seed On Stone“, which is an exception to our Rule because the vocals are clean (and whispered). The music is quite beguiling — slow, mystical, reflective, and chillingly beautiful. But while the keyboards, the strummed chords, and the clear, rippling guitar notes are sublime, there is also tension, torment, and deep grief in the heavy, jagged riffs and somber melodies. 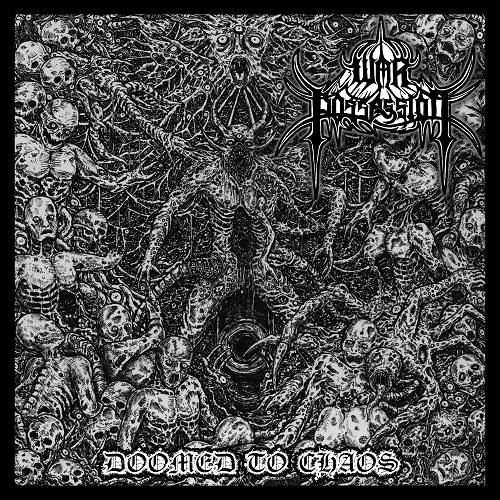 Although the first two bands in this post were known quantities to us, this last one is a new discovery. War Possession come from Greece, with a line-up that includes current and past members of such bands as Embrace of Thorns, Merciless Crucifixion, and Wargoat. Their new album Doomed To Chaos will be released on October 23 by the Spanish label Memento Mori. The press release we received includes descriptive references to Bolt Thrower, Demigod, Treblinka/Tiamat, Incantation, Therion, Archgoat, Imprecation, and Asphyx.

The song from the album that became available today is “Operation Neptune“, and it’s a strong sign for this new album. With a ponderous and stately beginning, it soon hurtles forward, driven by blasting drums and deep, grinding, viper like riffs, and as it moves it becomes increasingly ripping and mercilessly grim. The vocals are horrifying, and the flickering lead guitar hints at derangement. When the pace slows again, the sound becomes even more dismal and diseased, and the listener is drawn into a slow descent beneath the waves in the coil of a black whirlpool.

One Response to “SEEN AND HEARD: IN TWILIGHT’S EMBRACE, THE HOWLING VOID, WAR POSSESSION”