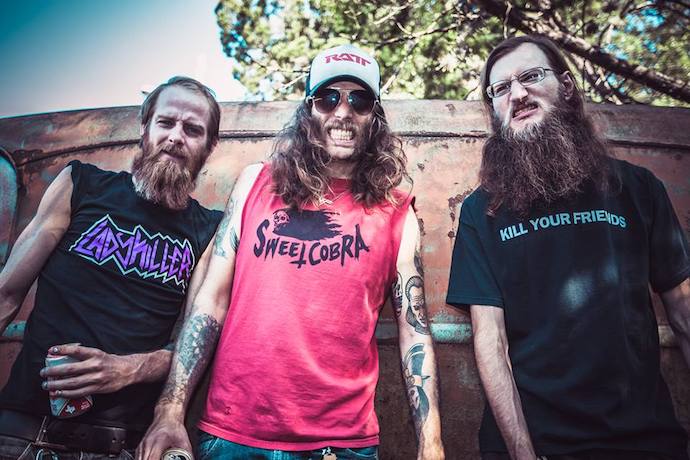 (Comrade Aleks is back, and brings with him this interview of Steve Colca, guitarist/vocalist of Austin-based Destroyer of Light.)

Horror movies, bloody sacrifices, and a bit of smoke – these topics work better when you play slow and low stuff. Just like Destroyer of Light do. That Austin-based band crawls out of their dungeon with seven new tracks entitled Chamber of Horrors.

It’s their second full-length, and the men naturally reached another level in their musicianship, keeping the same grim and hard sound. The feature of this record is a wider range of influences (including a heavier, sludgy sound), yet all of these imprints fit Destroyer of Light’s image well.

Need some darker vibe? Here it comes! “There’s a murder at the altar, So his spirit will arrive!”

Hail Destroyer of Light! Accept my congratulations on the release of the sophomore full-length Chamber of Horrors. It’s released five years after the debut full-length; how long did you actually work over this material?

Hello and thank you! Well, technically, we released a 5-song album, Bizarre Tales Vol. 2, in 2014, and a split record with Godhunter called Endsville in 2015. We’ve stayed busy on the writing front, but Chamber of Horrors is definitely our most focused record yet.

With that said, after our Psycho California tour in the summer of 2015, Keegan and I started writing new material and the 4 of us fleshed out the tunes throughout the Fall of 2015 playing them live and doing pre-production. Mixing and Mastering was complete by the end of Spring 2016. Unfortunately, with finances, it took about a year for it to come out, but glad we finally got there! 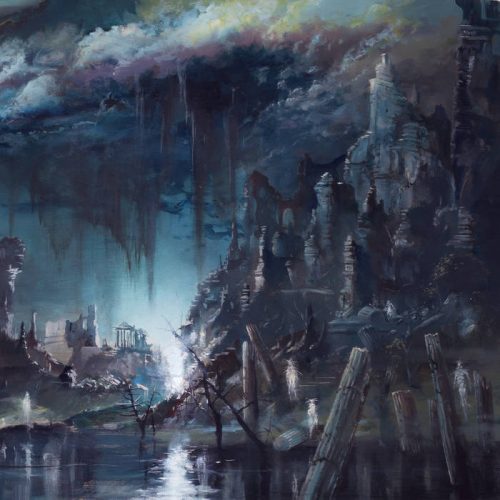 What kind of goals did you set before yourselves when you entered Orb Recording Studios to engrave these songs in Destroyer of Light flesh?

Every record before Chamber of Horrors, we never did Pre-Production. Another first-time thing is we practiced all the songs to a metronome to set the tempo of the songs. Also, we played the whole album front to back for about 6 shows because sometimes we found that playing them live, the songs took a different shape or one of us wanted to tweak a thing or too. We definitely spent more time with the material before going into the studio to record it. And I think that was our  main objective, to take our time and let the songs breathe.

By the way, what meaning did you put in the band’s name? Pretty ambiguous, isn’t it?

I came up with the name on my move from Kalamazoo, MI to Austin, TX. I am into horror and dark subject matters, and the name sounded awesome to me. It could be a fictional monster, it could be depression, it could be a serial killer, or a taker of souls.

Destroyer of Light – Into the Smoke

On one hand, the sonic essence of the album is manifold, it’s really diverse, but on the other hand lyrical topics are filled with clichés about altars, the evoking of Satan, sacrifices, and so on… Even “Buried Alive” is a pretty iconoclastic thing too. So what drove you to write the lyrics this way?

We love horror movies and stories, we are all about the apocalypse and the chaos in the world that we live in. We like to approach the subject in our own way. Both Keegan and I write the lyrics to the songs that we write, but we are usually on the same page when it comes to subject matter.

“Buried Alive” is about a religious man who calls out homosexuals for being sinful, but in secret, he molests little boys. The voices in his head tell him that he is a horrible person and that he should end his life, and finally his voice outweighs his religious beliefs, and the town finds out about his terrible secret. It’s not really expressed in the lyrics so to speak, but that is the intent of the song. 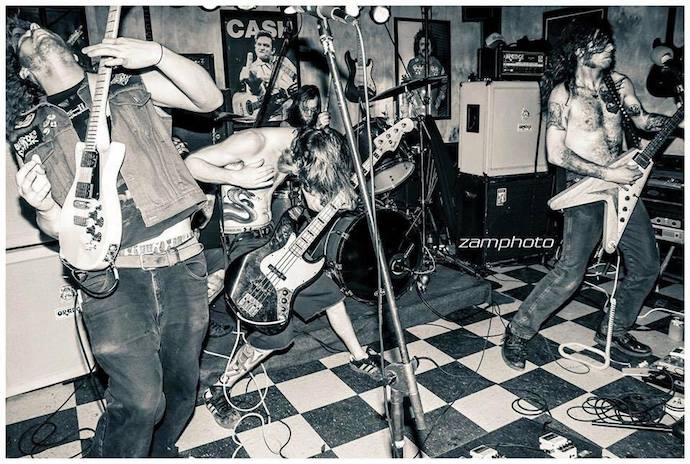 The material is well-balanced: it’s both diverse and solid. What inspired you music-wise this time?

Well, in context, we are a doom band. We write slow, heavy riffs. However, we don’t like to limit ourselves to one style, we like to branch out our ideas from other genres. We like to blend the darkness with beauty, the heaviness with melody, and all that good stuff. As a band, I feel if you limit your influences to one thing, you are limiting yourself as a musician and songwriter. A lot of my favorite bands were not afraid to try new things or branch out, but still maintained their sound. That will always be the intent of this band.

How did this recording session differ from the one you had during the work over your self-titled debut?

The self-titled debut, we had only been a band for 3 months and pretty much wrote those songs and decided to head into the studio. We were just anxious to get out there and start working. With Chamber of Horrors, we were already a band for 4 years (at the time of writing), toured the US rigorously, released 2 other records, and matured as a band and songwriters. We had finally grown into ourselves.

Destroyer of Light – Greet the Death

Speaking about clichés… The lack of a goat’s head on the cover art is a bit strange after all. How did you pick up the Chamber of Horrors artwork? What attracted your attention in Adam Burke’s painting?

I love old death metal album covers. Specifically, Entombed’s Left Hand Path and Clandestine, and Dismember’s Like An Ever-Flowing Stream. So, with this art, I wanted to try to capture that kind of atmosphere and mood. Because you don’t know if it is all a dream or reality, but regardless, the world is ugly and falling apart. We’ve been following Adam Burke’s art for a while, and he seemed like the right choice to capture the feel that we wanted for Chamber of Horrors… and he did. 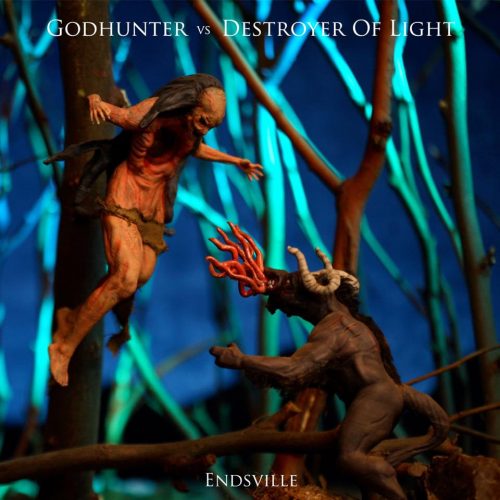 The artwork of your split album with Godhunter is another story… Wouldn’t you say so? Where did you find those twisted figures?

Rudy Flores and Teresa of Bestia Dentro were the masterminds behind this art. They actually created those creatures from clay, and made the whole landscape themselves into 3D art. There’s actually a link to the whole creation, I think it’d be best to watch it to get the full scope of what they did rather than me explaining it. Here it is below:

Man, you’re from Austin, so how much of Texas is in Destroyer of Light?

You mean, music-wise or personally? We’ve been told we have the Texas boogie in our music. I mean, who doesn’t love ZZ Top and Willie Nelson? BBQ Brisket/Pork, Nachos, and Tacos also fuel the creative force behind the music, you can never get enough of all three…

What is the most difficult thing about being Destroyer of Light?

Let’s see, we’ve been a band for over 5 and a half years now. I don’t plan on having children, so I do consider Destroyer of Light a child of mine. This creation has been a big part of this chapter in my life creatively and socially, and it’s been a lot growing, learning, changing, and adjusting with my bandmates and individually… and I don’t see that stopping anytime soon.