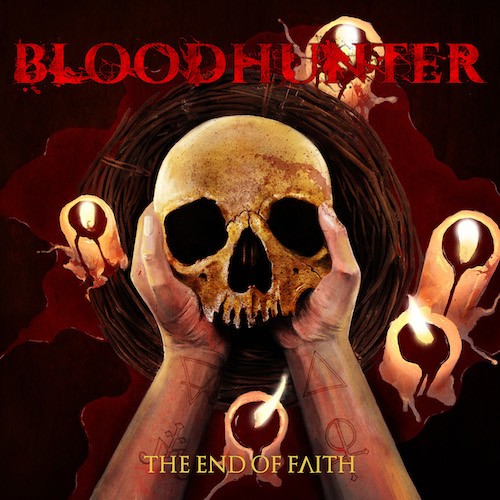 Bloodhunter are a melodic death metal band born in the Galician region of Spain in 2008. After a well-received demo in 2013 (The First Insurrection) and a profile-raising first album in 2014 (Bloodhunter), the band signed with the Spanish label Xtreem Music for the release of their second album, The End of Faith, which will arrive in October of this year.

In addition to founding guitarist Fenris, vocalist Diva Satánica, and bassist Éadrom, the new album features the talents of session drummer Marcelo Aires (Colosso, The Ominous Circle).  Today it’s our pleasure to bring you the premiere of a track from the new album named “Eyes Wide Open” — and it is indeed a big eye-opener. 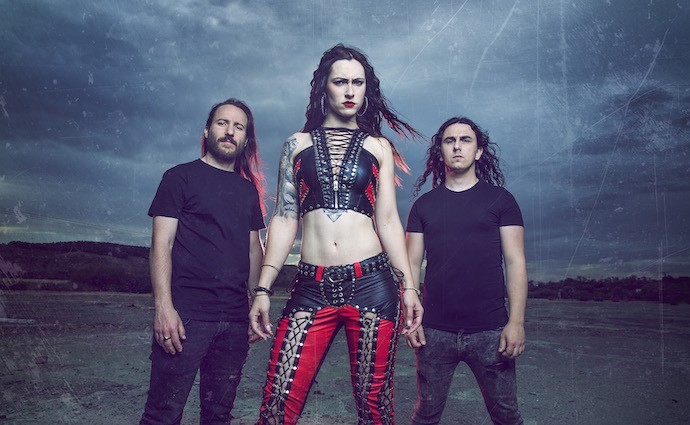 The song provides a strong example of Bloodhunter’s multifaceted approach to songwriting, of their technical skills, and of the visceral power of their music. Perhaps first and foremost, it’s a heart-pounding rush of high-intensity energy, propelled by a pummeling, razor-sharp drum performance, piston-driven bass rhythms, and riffs that jolt, stab, and scythe like a big thresher. And on the vocal front, Diva Satánica’s voice ranges among the sounds of an infuriated panther, a roaring mastiff, and a murderous demon.

On the other hand, Fenris‘ darting, swirling, soaring leads and scintillating solos add enthralling and contrasting melodic textures to this turbocharged assault of sound. 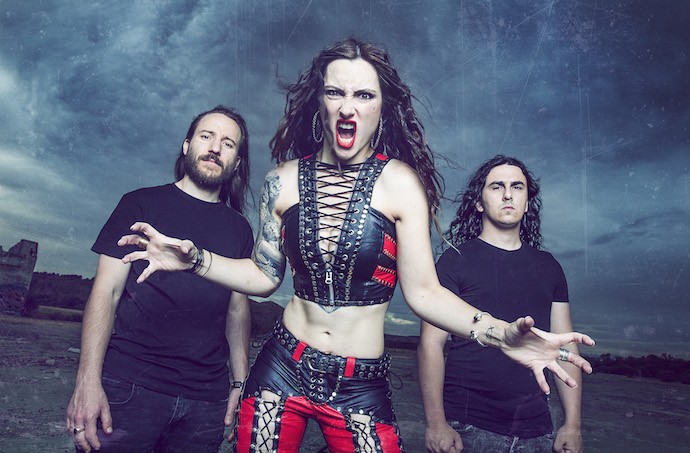 The End of Faith will be released by Xtreem Music on October 14. Check out “Eyes Wide Open Below“, and we’ve also included the stream of a previously released track, “Let the Storm Come“. For pre-order info when it becomes available, watch these spaces:

TRACK LIST:
01 The Forbidden Zone
02 The End of Faith
03 Eyes Wide Open
04 Still Standing Up
05 Death & Rebirth
06 The Queen Beast
07 All these Souls Shall Serve Forever
08 Spirits of Sin
09 Let the Storm Come
10 Possesed by Myself
11 Crystal Mountain (Death)