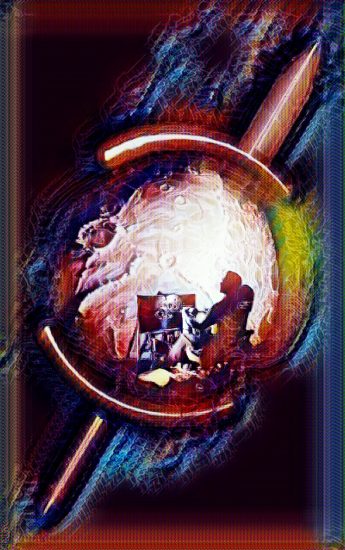 I made a swan dive into a lake of tequila last night at a friend’s birthday party. I surfaced this morning but I’m not swimming very well at the moment. Unfortunately, this means there will be no SHADES OF BLACK column today. I hope I’ll get it finished in time to post tomorrow. But in addition to this morning’s trio of reviews (which I wrote yesterday before the swan dive), I wanted to leave something further with you today.

I guess everything is coming in threes on this Sunday. Here are two videos and one-half of a split that I happened upon yesterday and thoroughly enjoyed. Apart from that coincidence there’s no real rhyme or reason for grouping them together in this post.

National Space Agency is an organization based in Sydney, Australia. The identities of its members are Classified — literally, their names are all “Classified“. They describe their music as “Cinematic Stoner Metal from Outer Space”. Their stated mission is to “regulate alternate timelines and parallel universes to restore the one true reality”. However, their new video fractured my reality. Maybe the pieces are being assembled into some new shape within my head, or what’s left of it. We shall see. 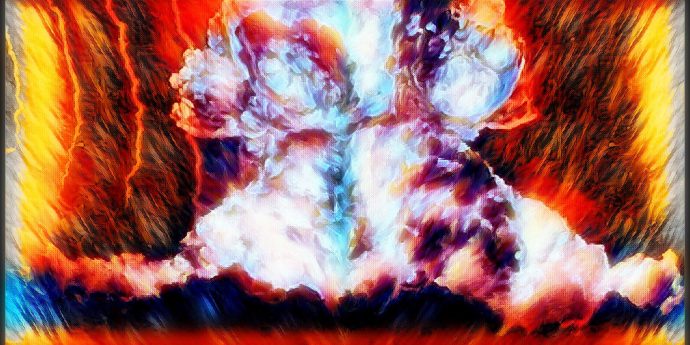 The band tell us that the video was “[e]dited from over a dozen different sources and hours of archive footage” and that “20,000 frames were sent through a neural network to create the most ambitious deepart video to date”. The video was co-produced by NSA and a video production company called Directing Light. To view more of the wizardry that Directing Light is creating, go here.

This seven-minute short film is a stunning feast for the eyes, which (in NSA’s words) “develops into social commentary by exposing humanity’s chilling fascination with nuclear technology”. I thought about trying to give you a verbal preview of what you’re about to see, but then realized it would be a daunting challenge. I think it’s better that you just watch it and experience the same eye-popping, jaw-dropping sense of wonder that I got when watching it for the first time.

The accompanying music is the title track to the band’s self-titled debut album, which was released in May. To my ears, the song’s opening has the ring of music from the Indian subcontinent, filtered through a psychoactive substance. Its hypnotic effect is then exploded without warning (though I just warned you) by a stupefyingly heavy bout of bass-and-drum pile-driving, laced with astral keyboard notes and the continuation of that exotic (and increasingly eerie) opening melody.

In the mid-section of this skull-crushing, brain-twisting foray you’ll find a dreamlike, entrancing keyboard interlude, and when the full-force head-flattening resumes, massed voices soar reverently toward the skies, creating an air of majesty and mystery.

I’m intrigued by the music and do plan to listen to the rest of the album after I regain my mental faculties, such as they were, or might now become. 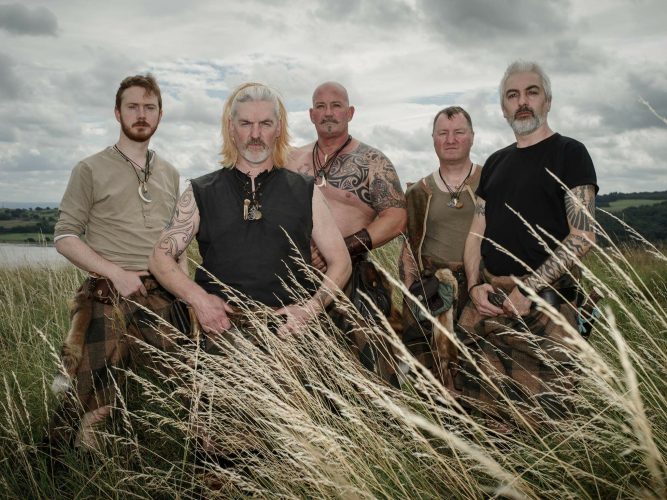 According to The Font of All Human Knowledge: “Clann An Drumma (Scots Gaelic for ‘Children of the Drum’) is a tribal band from Glasgow, Scotland. Clann An Drumma was formed by Joe Kilna MacKenzie [who passed away in 2009], Jacquie Holland, and Tu-Bardh Stormcrow Wilson, among others. Their line-up has changed over the years.” And indeed the line-up now seems entirely different from the founding group.

Clann An Drumma have released six studio albums so far, the fifth of which was 2013’s Bloodline. In the video you’re about to see, they perform a song from that album named “Fingers”, “with a wee mix of ‘Strath Wey'” from that same album. The video was filmed “on Moot Hill by the ancient Chapel in the grounds of Scone Palace, Scotland, on Sunday 2nd April 2017”.

I love the music and the video. However, if the sound of Highland bagpipes makes you want to run from the room screaming, you might want to skip to the last item in this tripartite collection, or simply try and focus on the drumming, which gets the blood moving in a rush. 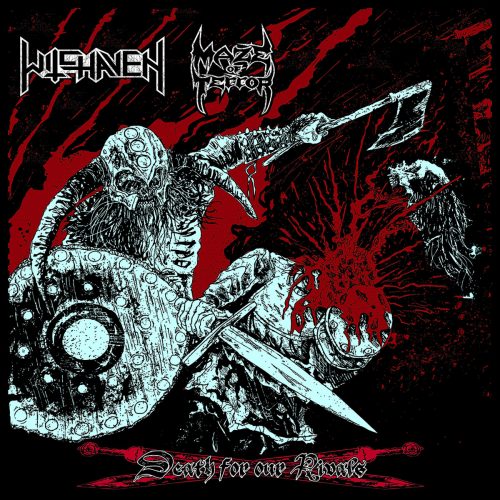 As I’ve mentioned before, I have very particular tastes when it comes to thrash and rarely find a thrash release that makes me want to prostrate myself before a band and offer some kind of sacrifice or burnt offering in thanks. You can’t see me now, but I’m currently horizontal on the ground muttering reverential exclamations in a southerly direction, roughly toward the high reaches of Lima, Peru — where dwells the mighty Maze of Terror.

I’ve written about the band on four previous occasions at our site. Their every release is worth dropping whatever else you’re doing and experiencing the latest electrification. Today the latest electrification comes in the form of four tracks that together make up Maze of Terror’s side of a split release with the California black/thrash band Witchaven. Entitled Death For Our Rivals, the split will be released September 26th by Nero One Records on cassette tape, but the Maze of Terror tracks can be downloaded now on Bandcamp.

“The Hunger” is such a super-strong start that I had trouble getting off of it and moving on. It’s a powerhouse song, with highly infectious riffs, neck-snapping rhythms, and boiling, vicious, throat-lacerating vocals, as well as a flame-throwing, eye-popping solo courtesy of guest guitarist Gabriel Dufour-Dion of Riotor.

Although I did have that song on repeat yesterday, I finally managed to listen to the other three tracks and am happy to tell you (though not surprised) that they’re all hell on wheels, too, each one capable of lighting you up like live electrodes jammed straight into the brain stem. More virally catchy riffs (often delivered at breathtaking speed), more mind-melting solos, more sharp tempo changes to keep you on the edge of your seats, and more rabid vocal madness.

It’s not often you find a 10-minute track on a thrash release, but the last of these new Maze of Terror tracks (“Gilles de Rais“) does top the 10-minute mark. Yet the song doesn’t wear out its welcome because the band make such good use of the time, gradually building speed and turning the ferocity dial until the song surges into the blood-red zone and then segueing into bouts of mid-paced riffs guaranteed to cause headbanging, with one more jet-fueled, flesh-melting extended solo in the song’s explosive finale.

The Witchaven tracks are also available for streaming and download on Bandcamp, and I’ve also included that stream below, though I haven’t yet listened to it. Nero One is offering each’s band’s group of tracks as digital downloads for $8. I’m hoping that if you get either band’s tracks now, you’ll get the others at no additional charge on the release date, but I don’t know for sure. It might be safer to order the tape for $8 and get the download code for the whole thing when it releases.