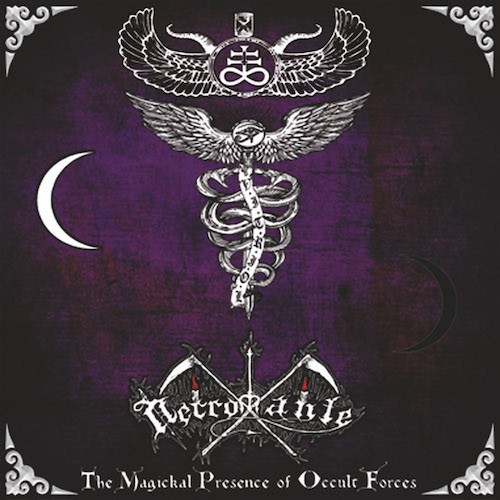 The aroma of candle wax, sulphur, and pooling blood hangs about the song we’re about to premiere, which spawns ominous visions of necromantic sorcery and the horrifying apparitions made manifest by devilish incantations. The song is “Nekrokosmick Pentagram” and it comes from the debut album of the Brazilian band Necromante. Entitled The Magickal Presence of Occult Forces, the album will be released by Iron Bonehead Productions on October 6.

Necromante have already made their mark in the underground through the release of a pair of demos, an EP, and a live album, but the 41 minutes of music on this new work eclipses what they have achieved before. 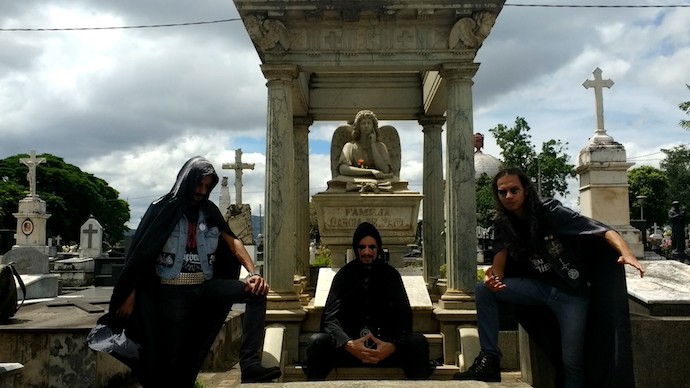 The music of “Nekrokosmick Pentagram” is recognizably black metal, but the spellcasting strategies of Necromante move in different directions from the flesh-rending barbarism of many of their most famous South American precursors. There is an undeniable primal energy in the song, but the music is rendered with clarity of sound and it is equally effective in creating an atmosphere of occult mystery and arcane menace.

It gets the blood pumping almost immediately with a pounding drum and bass rhythm and a riff that also hammers as well as swarms, accompanied by the kind of raw, ravenous, soul-scarring vocals that provoke a flight-or-fight response in the adrenal glands. A cold, cruel primitivism marks the song at first, but it proves to be a dynamic piece of necromancy, moving into bursts of hyperfast, insectile guitar work over a hammering snare pattern, and the music is periodically punctuated by the ritual boom of the tom and longer chords that resound like fanfares at a human sacrifice. 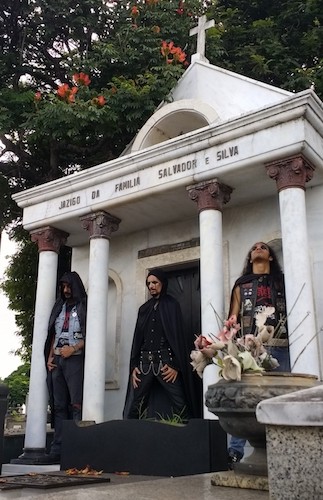 Look for The Magickal Presence of Occult Forces on October 6. It will be released by Iron Bonehead on both CD and LP formats.

We’ve also included, along with our premiere, the stream of a previously released track, “Baphomet Movement“, which in some ways is a more savage and feral onslaught, laced with queasy, serpentine leads, somersaulting drum explosions, and a solo that transfixes attention like a swaying cobra.