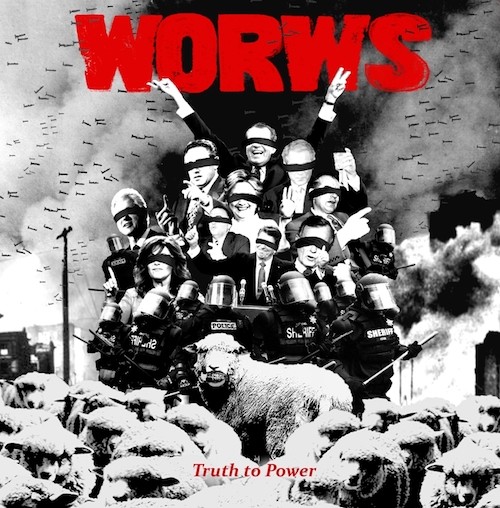 WORWS come our way from Portland, Oregon, just down the interstate from our own HQ. Their second album Truth To Power is due for arrival on September 22nd. Based on its sound, that will be sort of like the projected date for a hurricane making landfall, though without producing the human misery of the real ones that now seem to be weekly fodder for our news feeds.

There is tangible fury and elemental power in this band’s brand of hardcore, fueled by anger at the toxic stew of injustice and ignorance that permeates our social fabric. “Standing In Place” is an example of how they channel that rage into a bruising sonic experience. We have the premiere of that track below. 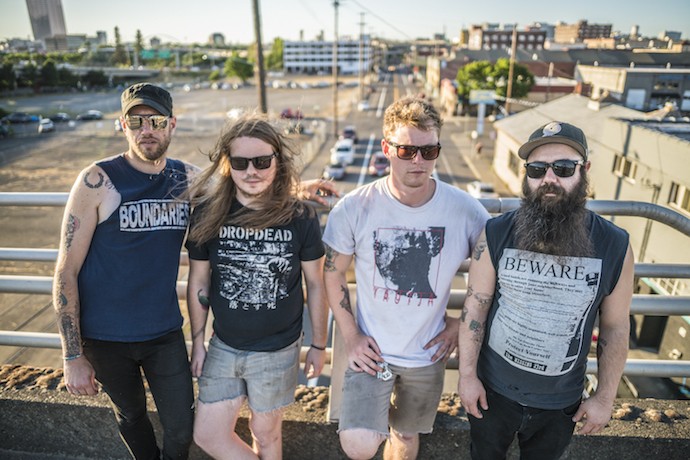 Vocalist Tony Mesue told us this about the song’s subject matter:

“‘Standing in Place‘ is a metaphor illustrating the desensitization of society and the no action/lack of motivation due to fear.

“Others may have a purpose to stand, but others play a role in keeping us from our ultimate goals and or finish line! This song is meant to be an example of the duality in life and the roles others play around us, wasting our time!”

“Standing In Place” is plenty hard-slugging at the start, with the blows landed by a rapid guitar pulse, a battering drum performance, and a skittering abrasive lead — but it becomes downright rampaging once the band kick into full drive, delivering a seizure of raw violence, with the lyrics delivered in a blood-red, throat-ripping fury.

The song is propelled by powerful energy and it communicates that intensity just as if the band had jammed a live power line down your throat and then kicked you in the ass for spasming. It’s only two and a half minutes long but may still leave you gasping and gingerly testing your rib cage for fractures.

You can pre-order the album via the Bandcamp link below, and you can stream another track named “Belfast” here.