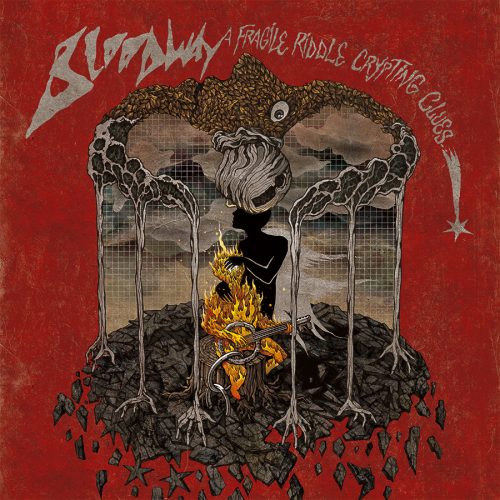 in 2014 the Romanian band Bloodway launched a conceptual trilogy of planned releases with an EP named Sunstone Voyager And The Clandestine Horizon and then continued the story the following year with the band’s debut album, Mapping The Moment With The Logic Of Dreams. In early November, with assistance from the esteemed I, Voidhanger Records, Bloodway will draw the trilogy to a close with their new album, A Fragile Riddle Crypting Clues.

The names of each of these three releases are signs themselves that the music is off the most well-beaten of metal pathways, and the song “Midlight Scout” that we’re premiering today (along with an accompanying video) gives us no reason to believe that Bloodway had any intention of altering their own idiosyncratic course and suddenly embracing convention when they wrote and recorded this new album.

To the contrary, the music challenges the listener, will throw you off-balance, yet pin you in place, eyes wide, shaken by the strange, head-spinning intensity of the experience. 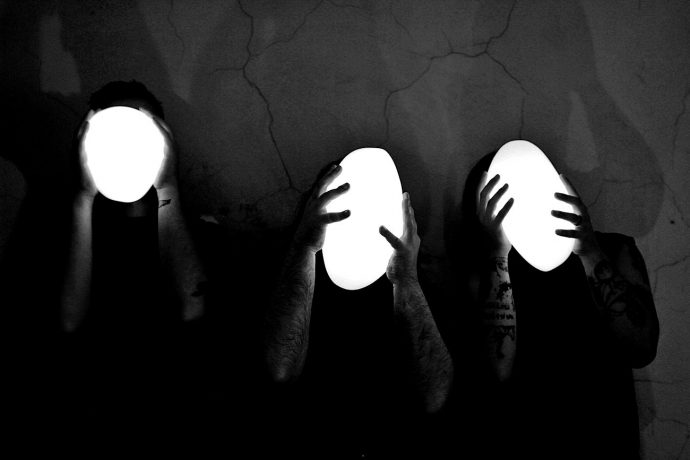 Even if you’ve not encountered Bloodway before, you’ve probably encountered the distinctive surreal artwork of its leader, vocalist/guitarist Costin Chioreanu, which has appeared on the cover of numerous albums (including this one) and in numerous videos. As he has explained, his own personal experiences have deeply influenced Bloodway’s music, but never more so than on this introspective new album.

“Midlight Scout” is a mercurial and kaleidoscopic song, one full of unexpected twists and turns — angular and fluid, dissonant and dreamlike, surging and digressive. It conveys sensations of tension, angst, disbelief, hopelessness, fear, and a fierce kind of wildness. Stylistically, it draws upon elements of black metal, progressive metal, heavy rock, psychedelia, and maybe some things that haven’t been named yet.

There are blasting drums and strafing tremolo runs in the song, as well as weirdly twisting dissonant riffs, and moody, hallucinatory swaths of melody. The music is complex, convoluted, and inventive, ever-changing in its patterns and progressions, but near the end it hits a groove with a driving backbeat and rapid-fire fretwork, and a blazing guitar lead that sends the song into a vibrant crescendo.

Chioreanu’s vocals are undeniably part of what makes the song so different from what most metalhead are used to, and just as undeniably a source of the music’s strange intensity. His high, desperate howls and wails are unsettling, and his strident clean vocals, pitched even higher in range, are even more surprising. They won’t appeal to everyone, but to this listener they well-suit the challenging strategies and emotional conviction of the surrounding music.

The video, also crafted under the direction of Costin Chioreanu, intersperses a narrative of the album concept’s protagonist with psychedelic visions of the band performing. It will help to follow what happens if I share with you Chioreanu’s description of the album story:

“In this new chapter the same character from the previous albums returns to the world of humans, but with a different and larger perspective, animated by his experiences and mental transformations.

“The world is nothing but a prison, with virtual walls risen from the controlled collective intellect, where all the prisoners are locked in by themselves. Everyone is free to go and live outside the so-called system, but nobody really wants to leave the cells for the unknown.

“In this prison, our character buries his achieved illusions about humanity and rediscovers memories from childhood. He is attacked by chimeras, fears imposed by will, but at the same time he reaches illumination by simply accepting reality in its complete and horribly deceiving splendor. So he realizes that everything is nothing but a matter of perception.”

A Fragile Riddle Crypting Clues will be released by I, Voidhanger on November 3. It was recorded, mixed, and mastered in Studio 148, Bucharest, by Marius Costache and was produced by Costin Chioreanu. It includes two intense spoken word passages recited by Tomas Lindberg (At The Gates) and Mat McNerney (Hexvessel). The track list is below, as well as links you should follow for further info about the release.