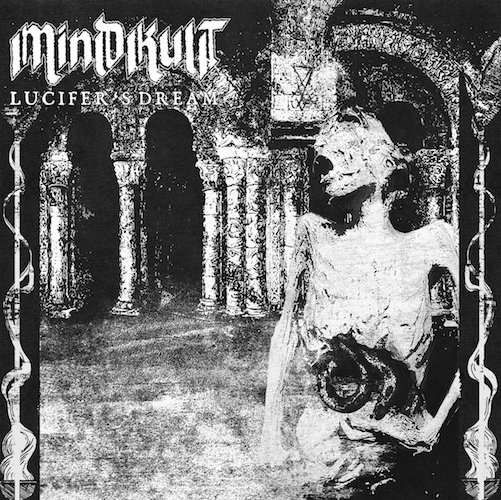 Time to confuse people… again. I’m speaking mainly of newcomers who take our site’s name literally and view divergences from it as some kind of fraud or traitorous misconduct, when in fact we’ve always disclosed that we would make exceptions to our rule, rare though they may be, when they’re well-earned. And Mindkult is a well-earned exception.

This band, the alter ego of a Virginia solo artist whose moniker is Fowst, first grabbed my attention more than a year ago when I heard (and wrote about) a single named “Witch’s Oath” that later became part of an EP bearing the same name. Later that same year Mindkult released an excellent two-track single consisting of Misfits covers, but all of this proved to be prelude to the main show — a debut album named Lucifer’s Dream, which Transcending Obscurity Records will release on September 20. 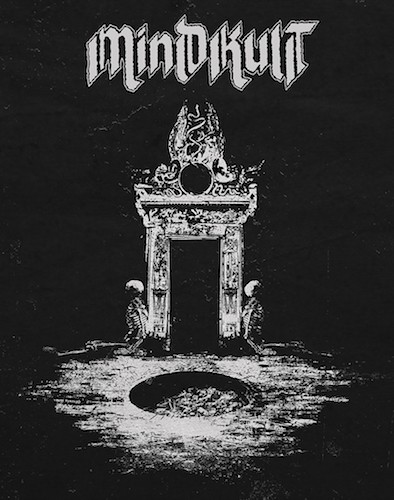 The announcement of the album’s release earlier this summer has been followed by a parade of song debuts at such locations as CVLT Nation, DECIBEL, Metal Injection, and The Obelisk. And obviously I’ve hyperlinked those names so you can go listen to those earlier tracks — and I think you’ll want to (if you haven’t already) after you hear the song we’re premiering in this post, which appropriately enough is named “Infernals“.

It wouldn’t be wrong to slot Mindkult into the stoner metal genre, but this music has the capacity to alter the listener’s brain chemistry without any outside assistance, organic or otherwise. “Infernals” exudes a narcotic fog that has a mesmerizing, dreamlike effect — but it’s a fog wrapped around a hulking occult evil whose presence is all too vivid despite the effect of the song’s potent musical hallucinogens.

To be more direct, “Infernals” channels a stunningly catastrophic guitar and bass tone, and an equally pavement-cracking drum sound. It doesn’t move very fast, and that just makes its impact all the more staggering, especially when combined with the array of wretched yet seductive melodies.

By contrast to all that brute-force power, the wailing vocals are soulful, as well as sorrowing in their sound. I already knew from previous Mindkult tracks that there would likely be a solo, and that it would be one of the track’s highlights — and yes on both counts. That dynamic solo itself combines soulfulness, sorrow, and a sense of poisonous peril.

I’ll warn you — I haven’t yet gotten the song out of my head, and it may infiltrate yours as well. It continues to swirl around in mine like smoke from a campfire on a still night in the deep woods. And I sense something terrible in the dark just beyond its light.

Lucifer’s Dream was mastered by James Plotkin (Conan, Electric Wizard, Isis, Jupiterian, Nadja). The artwork is by one of our favorites, Misanthropic-Art (Hooded Menace, Funebrarum, Heresiarch, Interment). Ordering info can be found through the links below:

One Response to “AN NCS PREMIERE: MINDKULT — “INFERNALS””