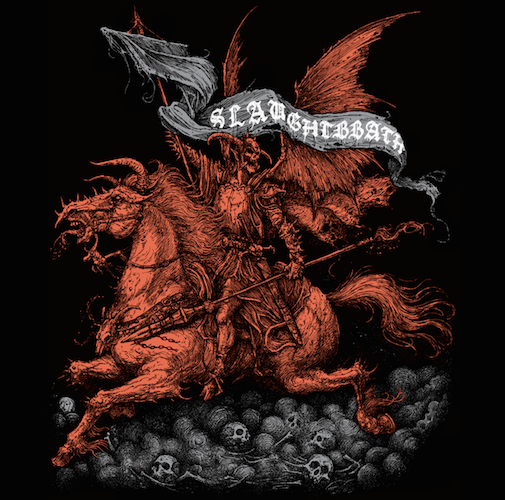 In 2013 the Chilean black/death desecrators Slaughtbbath released their debut album, Hail To Fire, after a lengthy series of shorter releases dating back to 2003 — and the album was itself widely hailed as an unrelenting assault of incinerating extremity. Since then the band have gone on to join forces in four splits — with Grave Desecrator, Ill Omen, Kill, and Hades Archer, as well as releasing a 2015 compilation entitled Further Down To the Depths that itself included a new track.

Now, in anticipation of Slaughtbbath’s first North American tour beginning this month, Hells Headbangers is today releasing a special compilation CD fittingly entitled Contempt, War and Damnation, with artwork by Daniel Corcuera. It includes seven tracks consisting of each of the Slaughtbbath songs on those post-Hail To Fire splits, the track recorded for the 2015 compilation… and one brand new song recorded this past May — “Astral Rape”. And it’s now our pleasure to bring you a stream of the new album in its entirety here on release day. 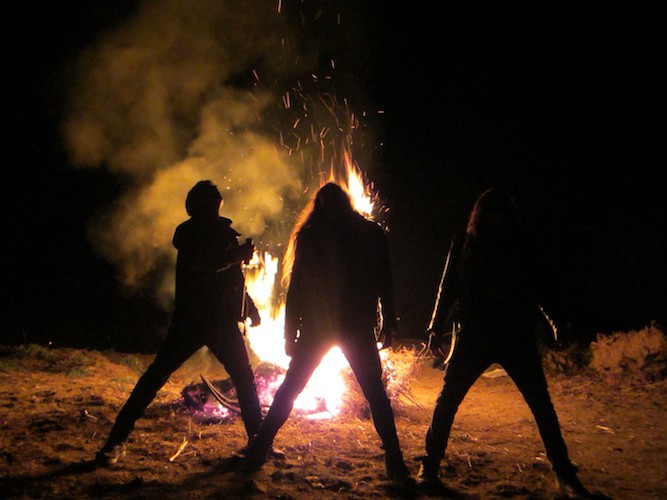 This compilation is a blood-boiling experience from beginning to end. The music on the new song recorded for the album is a good example of what you’ll be in for.

“Astral Rape” is barbaric violence incarnate, and it’s damned infectious, too. It rushes in a super-heated fury, driven hard by a gut-hammering drum-and-bass engine, with a blaze of hellish fury transmitted through the radioactive vibrations of pulsating, poisonous, thrashing riffs and a truly bestial, hate-filled vocal performance. There are moments at the end when this hurricane of fire relents, but there is still no reprieve — instead, the music methodically pounds with skull-splitting determination and seethes like a coiled viper. 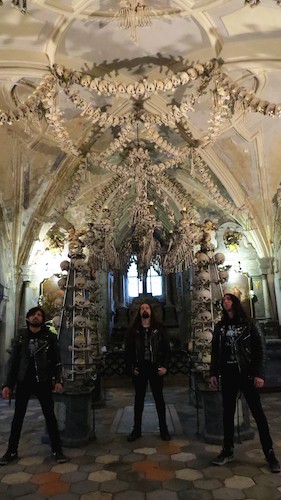 To repeat, Hells Headbangers is releasing Contempt, War and Damnation today. It’s available for order via the Bandcamp link below, where you can also hear a full album stream. A full description of the tracks on the compilation can also be found below, along with our stream of the album. For a listing of the band’s North American tour dates, go HERE.

-“Astral Rape” was exclusively recorded for this release in May 2017. Vocals recorded in Dominion Studio in Varkaus, Finland. Guitars, bass, and drums recorded in DM6 Chamber in Santiago, Chile.

-“Nefast Fireground” and “Tyranny from Sodom” taken from the split 7″ with Grave Desecrator, 2016.

-“Bestial Descension” taken from the Further Down to the Depths compilation 2CD, 2015. Guest voices by IV of Ill Omen.

-“The Sands of Despair” taken from the split 7″ with Kill, 2014. Guest vocals by Nabucodonosor III of Force of Darkness.

-“Black Revelation of Death” taken from the split LP/CD with Hades Archer, 2014. Guest guitar solo by the Spirit of the Tyrant of Communion.