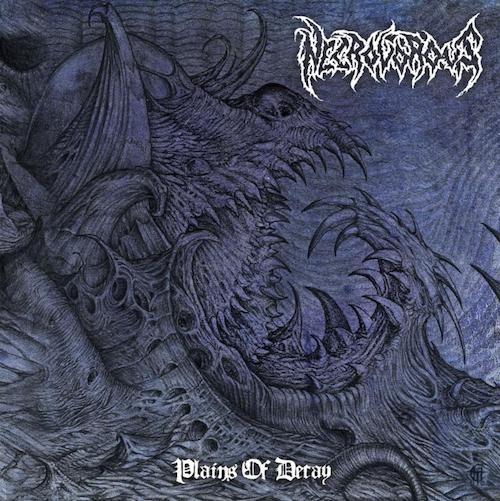 The monstrous Greek purveyors of death and destruction in Necrovorous have gouged their way back to the surface from some undoubtedly festering pit of depravity where they’ve been conjuring the sounds of a new album. Fittingly entitled Plains of Decay, this new full-length will be discharged on September 29th by their allies in depravity, Dark Descent Records. We’ve previously expressed shivering enthusiasm about a track from the album that was included in Dark Descent’s stupendous summer sampler, and now it’s our privilege to bring you the premiere of another track named “Cherish the Sepulture“.

Four years on from their last release, a split with Anatomia, the band’s resurrection from the crypt couldn’t come at a better time (because the waiting has become painful). And while it’s not always true that all good things come to those who wait, that has certainly proved to be true in this instance. 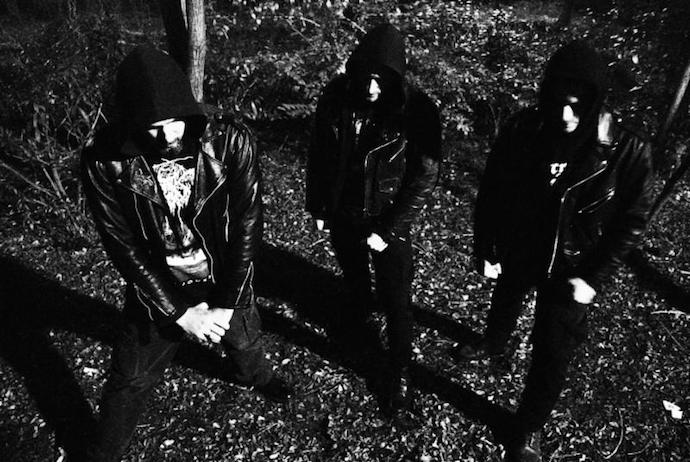 In a nutshell, “Cherish the Sepulture” is a bone-mangler and a mind-devourer. And while it is consistently ghastly and heedless of the listener’s welfare, it’s also a gripping trip because of how many changes the band work into this compact track.

It launches in a barrage of thundering drums and rapid-fire riffing. It slows to a grisly, monstrous crawl with a melody that groans like a dying behemoth. It gallops to a syncopated beat and pulsates with arcane energy. It tears into a savage stampede of blasting percussion and whipping, whirring guitars. It spews a deranged fret-melter of a solo. And it devolves into a brooding, megalithic stomp before one final eruption of racing fury. And through it all, you’re treated to a fierce vocal display of harsh, chilling cruelty and inflamed, ravenous barbarism.

In other words, we welcome the advent of the dire horrors that Necrovorous have readied for us. We hope you will too.

Initially, Dark Descent will release the album digitally and on CD on September 29, and you can pre-order those at the Bandcamp link below — where you can also listen to that song that first appeared on the Dark Descent sampler, “The Sun Has Risen In A Land I No Longer See“.

1. The Sun Has Risen in a Land I No Longer See
2. Cherish the Sepulture
3. Eternal Soulmates
4. Plains of Decay
5. Psychedelic Tribe of Doom
6. Faces of Addiction
7. Red Moon Rabies
8. Misery Loves Dead Company
9. Lost in a Burning Charnel Ground
10. The Noose Tightens

3 Responses to “AN NCS PREMIERE: NECROVOROUS — “CHERISH THE SEPULTURE””