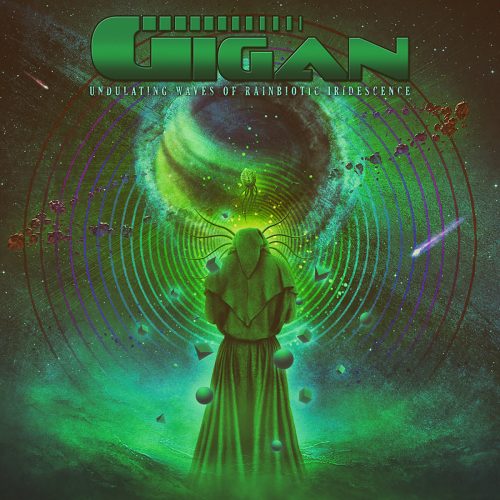 (Andy Synn provides his reactions to the new album by Gigan, which will be released on September 15 by Willowtip Records.)

Last year I wrote a column attempting to delineate the reason (or, more accurately) reasons, why I listen to Metal.

But some bands are so weird and wonderful, so damnably difficult to pin down, that they defy explanation.

So I can’t necessarily tell you WHY I like Gigan… only that I do.

And maybe, just maybe, you will too. 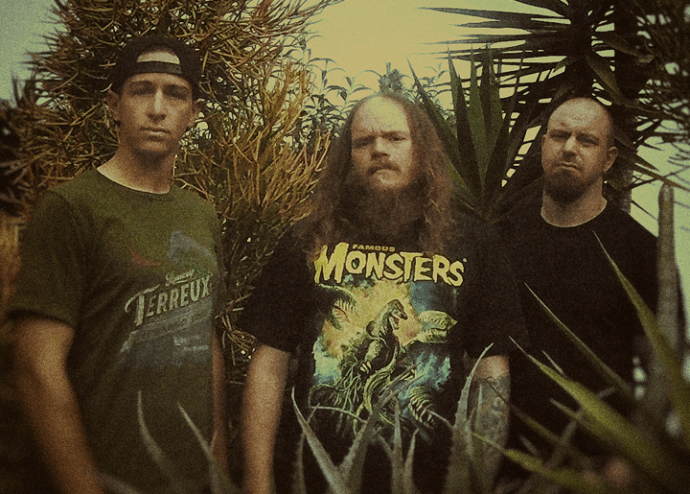 Of course this isn’t the first time I’ve covered Gigan here at NCS – they were in fact the focus of the 74th edition of The Synn Report last year – but as it’s been four years since the band last released an album, I’ll forgive you if the name doesn’t necessarily ring any bells.

Humongous opener “Wade Forward Through Matter and Backwards Through Time”, for example, is as lengthy as it is wordy, kicking off the album with ten whole minutes of dissonance, distortion, and calculated chaos, packed to the gills with malevolent, many-angled riffage and frenzied, anarchic drum work, all infused with an aura of hallucinatory horror and existential dread.

It’s an ugly, unfriendly, and uncompromising track seemingly designed to grate upon your ears even as it grabs you by the throat, and aptly epitomises the “love it or loathe it” nature of the band’s music, which seems to be designed more to be endured than enjoyed.

So if you’re after straightforward songs with big riffs and big hooks… this may not be the album for you, as even the shorter, less instantly imposing tracks – such as the gut-churning “Elemental Transmography” or the Doom-Grind delirium of “Hideous Wailing of the Ronowen During Nightshade” – show little regard for standard logic or common convention, blasting the listener with (undulating) waves of dissonance and distortion in seemingly random, chaotic fashion.

However if you’re a fan of the unorthodox aggression and malevolent metallic madness of bands like Pyrrhon, and Cephalic Carnage, or perhaps you’re simply curious as to what the next stage of evolution from the discordant Death Metal stylings of Gorguts might sound like, then numbers like the manic “Hyperjump-Ritual Madness” or cataclysmic closer “In Between, Throughout Form and Void”, should be right up your street.

Ultimately Undulating Waves of Rainbiotic Iridescence is the aural equivalent of MK-Ultra – dangerous and deranged, yet disturbingly addictive all the same.

A full stream is available here.