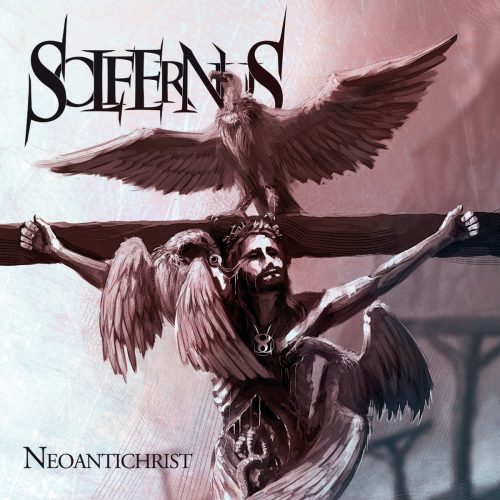 Moravia in the eastern part of the Czech Republic is home to the black metal band Solfernus, whose first recording dates back to 2003 EP Diabolic Phenomenon, followed by a debut album two years later (2005’s Hysteria In Coma). Plans were hatched for a second album, but delays were encountered. The band’s original drummer Coroner left to become a founder of Cult of Fire, and guitarist Igor continued on with his main band Root (and as you may know, we are great fans of both of those groups).

But now, a dozen years after the last album, Solfernus are returning with a new full-length named Neoantichrist, which was produced by the band’s new drummer Paul Dread (also a member of Root). The album will be co-released on October 13 by Satanath Records (Russia) and Murdher Records (Italy) — and today we present the premiere of the new album’s title track through a lyric video. 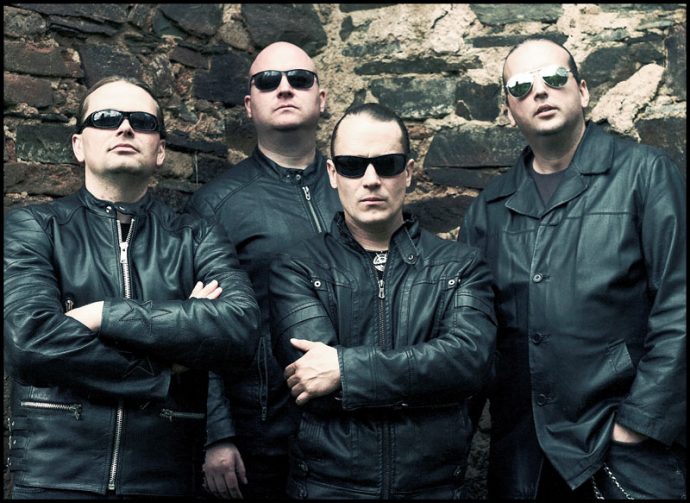 There is no mistaking the spirit that animates the title track — you would feel it from the scarring savagery of the voice and the grim strength of the riffs even if you couldn’t see the words displayed in the video. But the song is also powerfully head-moving and powerfully addictive. Its heaving, swinging, mid-paced rhythms and heavy chords put an iron grip on the listener’s head, and the song also channels the fire of chaos when it surges in fierce blasts of seething guitar, punishing drumwork, and swirling dual-guitar soloing.

Burly bass notes surface like the action of bubbling lava pools, the vocalist’s passion erupts in volcanic cries, and through all the song’s dynamic changes the bleak, seductive melodic hooks dig in under the skin too deeply to be dislodged. If you’re like me, the first thing you’ll want to do after the song ends is play it again without delay.

In addition to our premiere of “Neoantichrist“, we’ve included the previously released streams of “Pray for Chaos!“, which is a free download at Bandcamp, and “Ignis~Dominion“. Enjoy all of these songs below, and check the links below for pre-order info.