So, without further ado, let’s get to it, shall we? 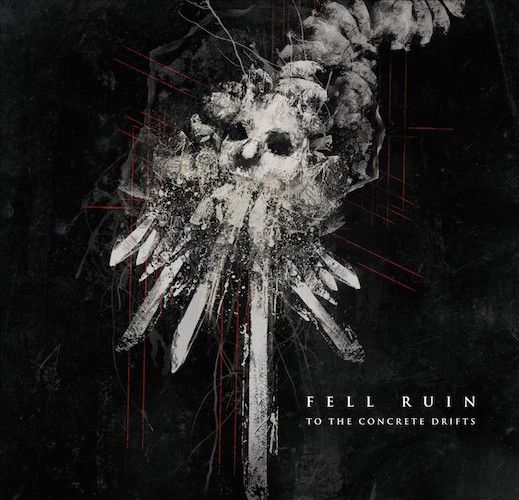 FELL RUIN – TO THE CONCRETE DRIFTS

Kicking things off we have the gargantuan strains of Michigan misanthropes Fell Ruin, and their debut album To The Concrete Drifts.

Straddling the puckered scar that separates Doom and Black Metal, the five tracks (well, four, plus an intro) which make up this album are awash in heaving riffs, groaning grooves, blistering blastbeats and sick, suppurating vocals, plumbing the very depths of sonic depravity in a way that leaves you feeling more than a little dirty, inside and out, long after the record has ended.

So if you’re looking for something as ugly and unforgiving as it is oddly compelling, check this one out asap. Just don’t say I didn’t give you fair warning.

While the previous album on this list melded Doom and Black Metal in all their foulest, filthiest aspects, Les Irreals Visions finds the beauty in the darkness, delivering a stunning treatise in sublime sorrow and moody melancholy perfect for anyone who found themselves more than a little underwhelmed by the most recent Solstafir album.

Ebbing and flowing like the ocean tide, pulled by the moon and driven by deep, unknowable undercurrents, this is an album that is simultaneously easy to pick up, and nearly impossible to put down, but which also takes both time and patience to fully appreciate.

Given the chance though, the mix of haunting clean vocals, intricate bass work, and atmosphere-heavy riffage (all anchored by some impressively restrained yet powerful drumming) presented here makes this one an absolute joy to listen to.

Operating somewhere on the nebulous and ill-defined Depressive/Post Black Metal spectrum, the debut album by Germanic gloomsters Grauzeit successfully captures and communicates a certain form of existential angst and urban ennui with a focus on atmosphere and melody (occasionally bordering on Dark Tranquillity-esque Melodeath levels), aided and abetted by the tactical deployment of furious blastbeats and raging tremolo riffage as catalysts for the band’s infectious outpouring of energy and emotion.

And while it may not sit all that well with fans of the more “orthodox” styles of Black Metal, the gleaming clarity and undeniable intensity of their sound will undoubtedly appeal to anyone who considers themselves a fan of bands like Der Weg Einer Freiheit, Downfall of Gaia, and Agrypnie.

As we all know, Black Metal doesn’t always have to be all fire and brimstone. Sometimes it can be a thing of surprising beauty. Such is the case with Arvet, the second album from Swedish Black Metal musician Erik Gärdefors (aka, Grift).

With a sound somewhere between Agalloch and Green Carnation, Arvet is one of those albums meant to be embraced and enjoyed as a single piece of art, not in piecemeal fashion… but thankfully at only 35 minutes in length, never threatens to outstay its welcome.

From start to finish this is a record that glories in mood and texture, running the gamut from raging fury to soothing calm, and juxtaposing rippling acoustic guitar work and sombre melody with moments of primal ferocity and forlorn anguish designed to pluck at each one of your heartstrings in turn.

I’ve only just noticed how much of this collection is of the “blackened” variety, and Shores of Mourning, the debut album by Seattle’s own Isenordal, isn’t going to alter that trend.

Trading in a blend of atmospheric, folk-influenced Black Metal and gorgeously evocative Peaceville-style Doom, the band share similar musical ground with their peers in Amiensus and Oak Pantheon and, while their delivery can occasionally feel a little overly earnest, this is one album which you’ll regret missing out on if you don’t give it a listen right away.

The opening title track in particular is undoubtedly one of the best songs I’ve heard all year, and immediately introduces you to the variety of sounds – from weeping violins and pensive piano, to rampaging riffs and ominous chords, to gritty snarls and ethereal clean vocals – which, collectively, make up the meat and the marrow of the band’s eclectic yet elegant sound. 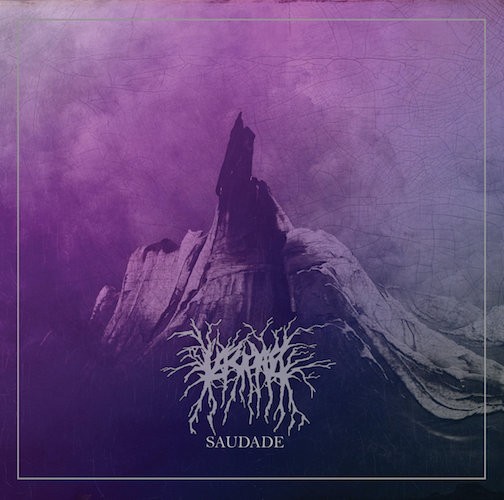 Comprising four tracks of surprisingly tender yet powerfully emotive ambient/shoegaze-influenced Black Metal, Saudade, the second album by Chilean solo artist Lascar, seems almost purposefully designed to trigger an apoplectic fit in those who consider only the spikiest, nastiest, and most blasphemous of bands as being “true” Black Metal.

And while there may be some validity to that claim, it doesn’t make this album any less compelling, any less captivating, or any less convincing in its eloquence and execution.

Fans of bands such as An Autumn For Crippled Children and Lantlos will surely find a lot to love here. 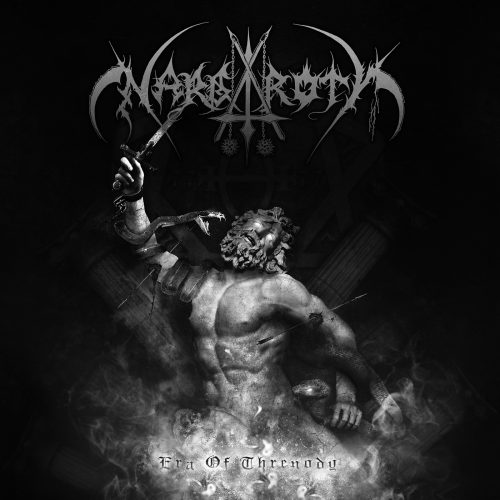 Much closer to being “true” Black Metal (at least, in comparison to some of the previous entries on this column) Era of Threnody is the latest album from arch-provocateur René Wagner (aka Nargaroth), and one which finds him simultaneously embracing and defying convention.

So while these ten tracks gleefully embrace the traditional tropes of Black Metal – the winding tremolo riffs, the brimstone grooves, the lung-hacking vocals – the inclusion of several less traditional elements, such as the splashes of flamenco-influenced guitar work which pop up now and then, plus a plethora of ingeniously infectious hooks, means that this album is a far more accessible (and far more enjoyable) experience than you might otherwise have expected.

How we managed to overlook this one I honestly don’t know. Comprising seven songs of beefy, belligerent, Dissection-style Black Metal – heavy on both punishing aggression and malevolent melody – this is probably one of the best “pure” Black Metal albums I’ve heard all year.

Not because it tries to break the mould or think outside of the box. But because of the sheer strength of the song/riff writing on display on each and every track. There’s not a single weak moment, not a single piece of fluff or filler, on this album. And that, my friends, is one hell of an achievement in itself.

Granted, some fans may be slightly disappointed that some of the more esoteric edges from the previous album appear to have been burnt off, but the sheer fire and fury which drives tracks like “The Alpha of the Antichrist”, “Sun of Dead Seasons” and “To Dare the Tower” (my personal favourite) more than makes up for that in my humble opinion.

French Death-Grind maniacs Prognathe must have been imbibing some of the same creative juices that fuelled Cattle Decapitation’s recent rise to the top of the mountain, as We’re Sane contains some of the most sickeningly catchy savagery this side of Monolith of Inhumanity.

I’m not saying the Gallic grind duo are quite on that level just yet – there’s definitely some room for improvement and some tightening up still to be done before they’re ready to challenge for the title – but the seeds are definitely sprouting on We’re Sane, and these twelve tracks most definitely provide one hell of an assault upon the senses.

Fans of Aborted, Emeth, and the aforementioned Cattle Decapitation should eat this one up.

Finnish five-piece Red Moon Architect have long dwelled in the shadow of their more famous countrymen in Swallow the Sun, but while the two bands definitely deal in a similar mix of gloom and glamour, RMA deserve to be seen as more than just a simple copy of their more famous forebears.

And though both their previous albums were great, Return of the Black Butterflies is their best yet, conjuring a blend of massive riffs and spinetingling melodies that you’ll struggle to get out of your head.

For some reason the group don’t appear to have a Bandcamp presence at the moment, so I’m afraid you’re going to have to content yourself with listening to just the one song for now.

Let’s get this one out of the way early – do you like Triptykon? Then you’ll probably like Totengott too.

You see the Spanish three-piece originally started out as a Celtic Frost cover band… and boy, does it show. Because Doppelgänger is almost a carbon-copy of Tom G. Warrior’s post-CF endeavours, right down to the guitar and drum tones.

But, for all its lack of originality, there’s still a certain ghoulish thrill to be had from this album, as the band do their very best to out-grim and out-grumble the master himself – particularly during the climactic monolith of the twenty-one minute title-track.

YOUR CHANCE TO DIE – EX NIHILO

While South Carolina’s Your Chance To Die Have never quite set the world on fire with their Metalcore/Melodeath hybrid sound, their mixture of honest enthusiasm and bloody-minded perseverance, along with their undeniable technical talents, has always won them a small place in my heart.

Ex Nihilo is the band’s first release in four years, and their first to feature new co-vocalist Simone Plijmers (ex-Cerebral Bore) alongside long-time screamer Missi Avila, and while not quite ready for the A-List just yet – neither the pseudo-symphonic overtones or the decision to have two vocalists really add much to the overall package – the group’s increasing focus on the more Technical and Death Metal side(s) of their sound turns out to be a very good move, with tracks like “Feeders” and “Omega” recalling the atmospheric heaviness of Fallujah at their best.

10 Responses to “A DIRTY DOZEN”