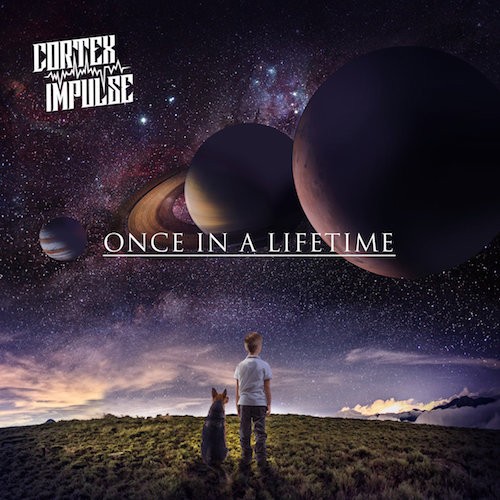 It’s time to confuse people again. It says so right there on our calendar for today: “Confuse people again — stream some metal with clean vocals”. Right under that entry is a note: “Also bludgeon their heads and centrifuge their minds”.

And fortunately we have just the thing — a song called “Broken” by a new progressive metal project from Moscow named Cortex Impulse. “Broken” is one of six tracks (including a King Crimson cover) on the band’s new forthcoming EP, Once In A Lifetime. 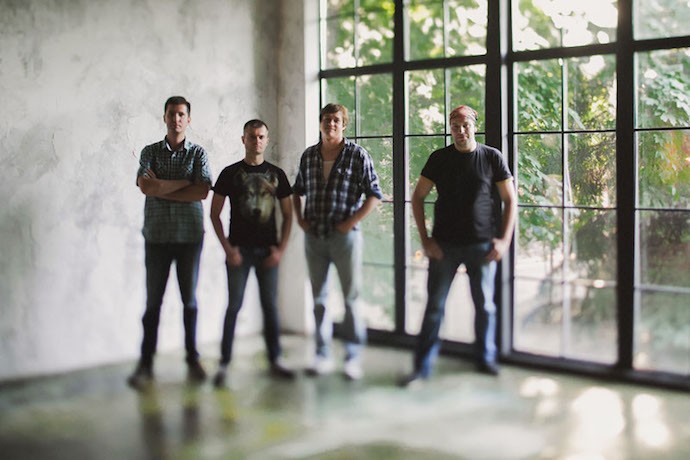 Yes indeed, “Broken” does feature clean vocals. In fact, they carry the central melody of “Broken“. The instruments do other things, which we’ve hinted at already, and for listeners who prefer harsh, rasping growls, you’ll hear some of those as well.

As for what the instrumental performers do, the drummer and the bassist provide a battering, booming assault with a sound that’s earth-shaking. Thanks to them, and to an assortment of jolting, jarring riffs, “Broken” is a powerhouse of syncopated skull-cracking rhythms, which contrast with the vocal melody. Other things happen as well — bursts of dark, slithering riffs and flickering notes, as well as a guitar solo that’s both fluid and darting — with everything integrated together in a way that’s quite attention-grabbing and highly energized.

Cortex Impulse was founded by Viatcheslav Akinshin (ex-Piece Of Mind) and also includes former members of many other bands, including Rarog, Ruthless Order, Dark Tower, and Deimos (among others). The new EP will be released by GrimmDistribution (Belarus) on October 17.

Our stream of “Broken” is below, along with a second, previously released song “Changes” (a free download at Bandcamp).