Cover art for Aosoth by Benjamin A. Vierling

Greetings and Happy Fall Equinox, one of two days in the year when every place on earth gets the exact same amount of daylight (almost exactly 12 hours today) and four days since my last round-up. I’m awash in good new music again (always). The fact that I chose songs from five bands whose names all begin with “A” should tell you something: Just imagine how many other new songs fill out the rest of the alphabet.

It may be the end of the working week for many of you (and I hope that’s so), but for us this isn’t really work, though it requires effort, and so we’ll just ramble on through the weekend as usual. For today, until you get to the last band in this post, you’ll hear nothing but new stuff from forthcoming releases. The last one I’ve been meaning to say something about for a while, and the time now seems right… since Atavisma begins with “A”.

Like many others, I’ve had great expectations for the new album by Aosoth, which has been named V: The Inside Scriptures. The first single from that album validates all the eagerness with which it has been anticipated.

Aosoth is vocalist/lyricist MkM (Antaeus) and guitarist/composer/producer Bst (The Order of Apollyon, VI), accompanied by bassist INRVI (VI) and second guitarist Saroth (Hell Militia, Temple of Baal). The first single from the fifth album is “Her Feet Upon The Earth, Blooming The Fruits Of Blood“.

Such beautifully dissonant devastation, such a vivid summoning of mind-mangling chaos and blood-chilling peril, with the atmosphere of a sacred rite within a sepulcher of flame.

The album will be released by Agonia Records on November 17.

Track List:
1. A Heart To Judge
2. Her Feet Upon The Earth, Blooming The Fruits Of Blood
3. The Inside Scriptures
4. Premises Of A Miracle
5. Contaminating All Tongues
6. Silver Dagger And The Breathless Smile 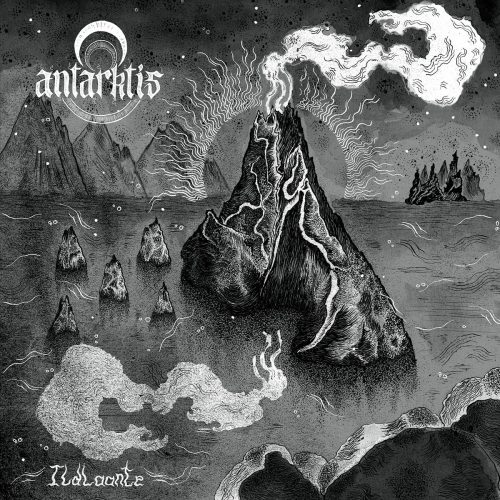 Antarktis is the new name of a quartet who used to call themselves Majalis, two of whom are also current members of In Mourning: guitarist/vocalist Tobias Netzell, guitarist/vocalist Björn Pettersson, bassist/vocalist Daniel Jansson, and drummer Jonas Martinsson. The first and only Majalis release was the wonderful 2013 EP, Cathodic Black, reviewed here. Now, under the Antarktis name, they’ve recorded a debut album named Ildaante, which Agonia Records plans to release on October 6.

We’ve written about the first single from the album (“Svalbard“). The second one is “Notes From Underground“, which comes accompanied by a video which includes imagery that’s a beautiful match for the mountainous power, the cold hostility, and the ethereal beauty of the music. This is a mesmerizing song, but it’s a compulsive head-mover and spine-shaker too, and the vocals are soul-splintering in their intensity.

Credit to Emy Rojas for the cover art.

Invictus Productions has embraced another winner, this time the solo black metal project of one J.B. Apologoethia is described as a side project to his main band, though I don’t know what that main band is, nor his nationality. On this debut release, entitled Pillars, drums were performed by J.F., with lyrics composed by L.O. I feel as if I should know who they are, but as a lover of underground metal my head is a jumble of initials.

“De Aeterno Praesentia” is the first song presented for streaming. With diabolical energies that surge and ebb, ravage and rock, harrow and hypnotize, the track is a damned good harbinger for this release. In its frequently changing emotional colors, it presents visions of arcane euphoria, oppressive gloom, and solemn summonings of dark power. There is bleak grandeur and terrible beauty in the music, as well as the kind of barbarism and insanity that fires the nerves.

UPDATE: I’ve now learned that J.B. is Javi Bastard of Spain’s Graveyard (and Körgull the Exterminator, Krossfyre, and many other excellent bands). Pillars will be released by Invictus on November 24. 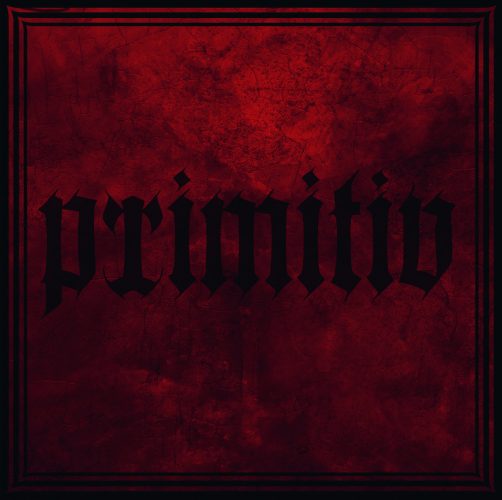 It’s inspiring to see well-groomed, well-meaning young men singing heart-warming tunes and making gestures of friendship and good will toward their audience.

Well, I mean it’s inspiring for some people. We, on the other hand, enjoy being yelled at and given the middle finger by the barbarians and hate-mongers we listen to.

Arroganz must have had fun making the video you’re about to see. It’s for a song called “Pilgrim” off this German black/death band’s fourth album, Primitiv. The song itself is an excellent amalgam of ruthless obliteration and doomed, rotting, otherworldly atmosphere. It moves from an absolutely ferocious, roaring, head-hammering assault into a slow, dissonant, arcane dirge that bespeaks the eradication of all hope.

Primitiv will be released on September 29 by FDA Records/Soulfood Music (CD, LP, digital). There are two more tracks streaming at Bandcamp. 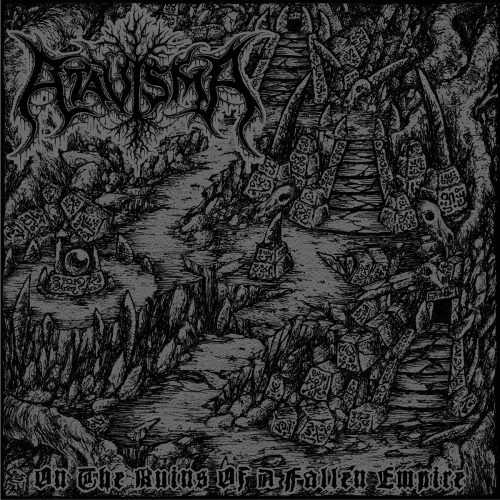 As mentioned at the outset, the final songs in today’s A-list are the only ones that aren’t from forthcoming releases. These two were captured on a 7″ EP released in June through Blood Harvest Records, though they are also available for Bandcamp download. The EP’s name is On the Ruins of a Fallen Empire, and the band is the French group Atavisma.

While the EP has been out for several months, I only recently got around to checking it out. I found it enormously impressive. The music is thoroughly black-hearted, and as vicious and terrifying as hungry wolves the size of elephants. When operating at speed, the deep, grinding, smoke-belching riffs, thundering rhythms, and reptilian leads get their hooks in your head. And when they ease back on the throttle, the music becomes as oppressive and lethal as an anvil pressing upon your chest.

Though electrifyingly dynamic, everything here is saturated in poison and choked with doom. The growling, gurgling vocals are lower than the Mariana Trench. What’s not to like?